The Duchess of Cambridge has returned to some of her work duties after enjoying some time away with her loved ones, Prince William and their three children.

MORE: Will Kate Middleton and Prince William cheer on the Lionesses at Wembley?

On Thursday afternoon, 40-year-old Kate held an Early Years Meeting via video link. The private engagement does not come as a surprise as the royal is passionate about children’s mental health and the early years.

In June 2021, the Duchess launched The Royal Foundation Centre for Early Childhood, which aims to raise awareness of the importance of early years experiences in shaping society over the long term.

Last month, Kate hosted a discussion that largely focused on findings by The Royal Foundation Centre for Early Childhood, which showed that nine in ten people agree that early years are important in shaping children’s lives, but less than a fifth recognise the importance of children’s development from birth to the age of five.

The research also found that seven in ten people believe early years development should be more of a priority for society, while over half recognise that future mental health is the most likely part of adult life to be affected by one’s early years. 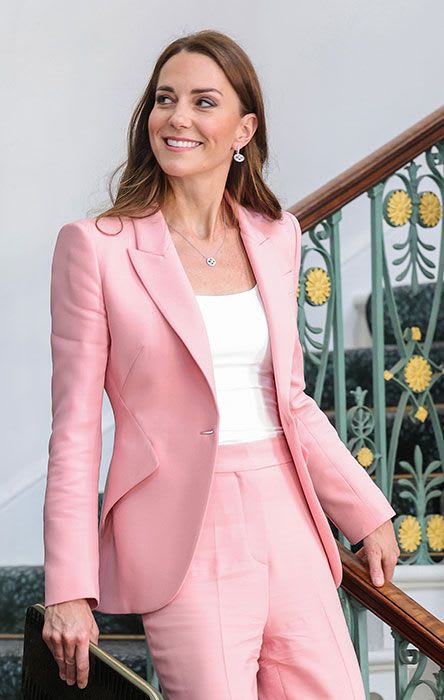 “We know that only a minority of people understand the critical importance of the first five years of a child’s life, and this is what we really do need to change,” Kate said.

“If we can teach children to manage their emotions and feelings at a young age, it will help them avoid having to turn to addiction, self-harm or suicide even in later life. Together we have a huge opportunity here to help shape the future.”

The engagement comes days before Kate is set to join the Great Britain SailGP Team in a yacht race off the coast of Plymouth on Sunday morning. It’s also highly likely that both Kate and Prince William will head to Wembley to support the Lionesses as they play Germany in the final.

Make sure you never miss a ROYAL story! Sign up to our newsletter to get all of our celebrity and royal news delivered directly to your inbox.