The British royal family put on a dazzling welcome at Buckingham Palace on Tuesday evening as they welcomed the South African president, Cyril Ramaphosa, for a state banquet.

King Charles hosted the formal event, alongside his wife Queen Consort Camilla, who wowed in a royal blue lace evening dress by Bruce Oldfield, and the late Queen‘s sapphire and diamond tiara.

Prince William and Princess Kate were there to support the royal couple, with Kate opting for a stunning Jenny Packham bridal gown which she wore with the Lover’s Knot tiara – a favourite of her late mother-in-law, Princess Diana.

Prince Edward and Sophie Wessex were there, too. The Countess looked incredible in an emerald gown which she complimented with The Wessex Aquamarine Necklace tiara and drop earrings.

However, there was one VIP guest who was missing for the glamorous affair. 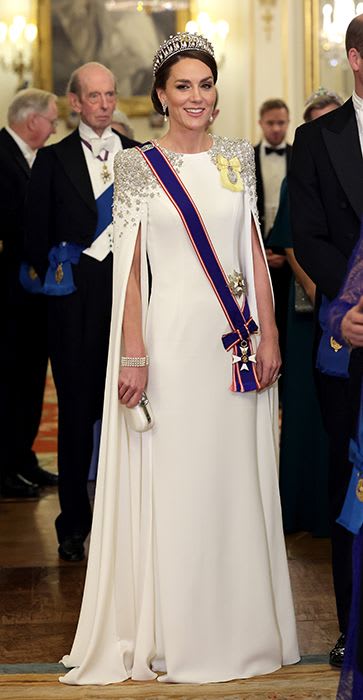 Mr Ramaphosa’s wife was noticeably absent and will not be joining her husband for any part of his two-day state visit.

It has been revealed that Dr Tshepo Motsepe – a physician and businesswoman who has been married to the President since 1996 – was unable to join him due to eye surgery. He was instead accompanied by foreign minister Dr Naledi Pando. 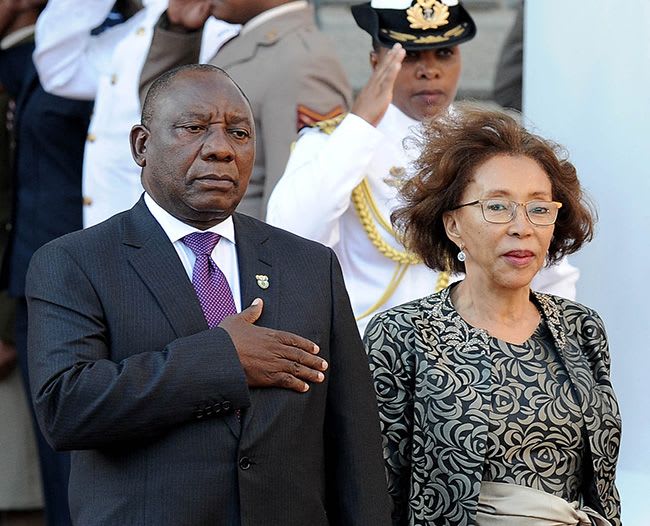 King Charles impressed his guest during his speech, which he opened using six words from nine African languages – including Venda, the President’s own language.

He also reflected on his mother’s relationship with South Africa. “The late Queen had the great pleasure of hosting Presidents Mandela, Mbeki and Zuma for State Visits to the United Kingdom, at all of which I was present,” the King said. 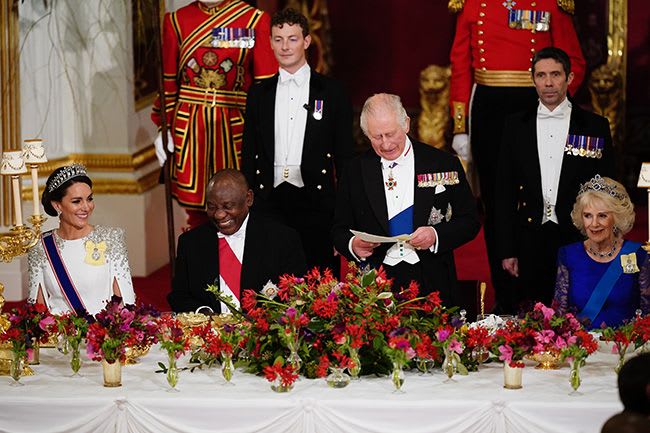 “On each of those occasions, she expressed her admiration for your country and its people, its vibrancy, natural beauty and diversity.

“And she always talked warmly of her return to your country in 1995, as the guest of President Mandela, after the momentous events – driven from within South Africa and supported by so many around the world, including here in the United Kingdom – that brought democracy to your country. 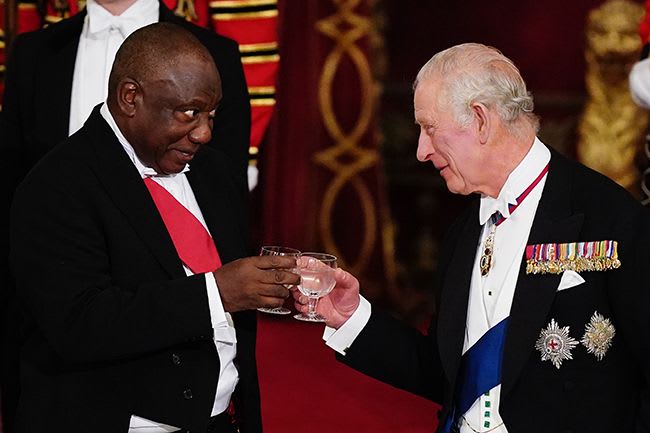 “During one of my own visits to South Africa, in 1997, President Mandela told me that he had conferred on my mother a special name – Motlalepula, meaning ‘to come with rain’.

“I have been reassured that this was a mark of the particular affection President Mandela felt for the Queen… rather than a remark on the British habit of taking our weather with us!”

Make sure you never miss a ROYAL story! Sign up to The Royal Explainer newsletter to receive your weekly dose of royal features and other exclusive content straight to your inbox.