The “All of Me” crooner was all smiles for photographers as he was spotted walking to his car outside the family’s mansion in Beverly Hills on Wednesday.

When asked by photographers how he is doing, Legend said he’s “great,” and smiled broadly as he got into his vehicle. The photographer then asked how Teigen is doing amid the controversy, to which Legend assured, “She’s doing great!” 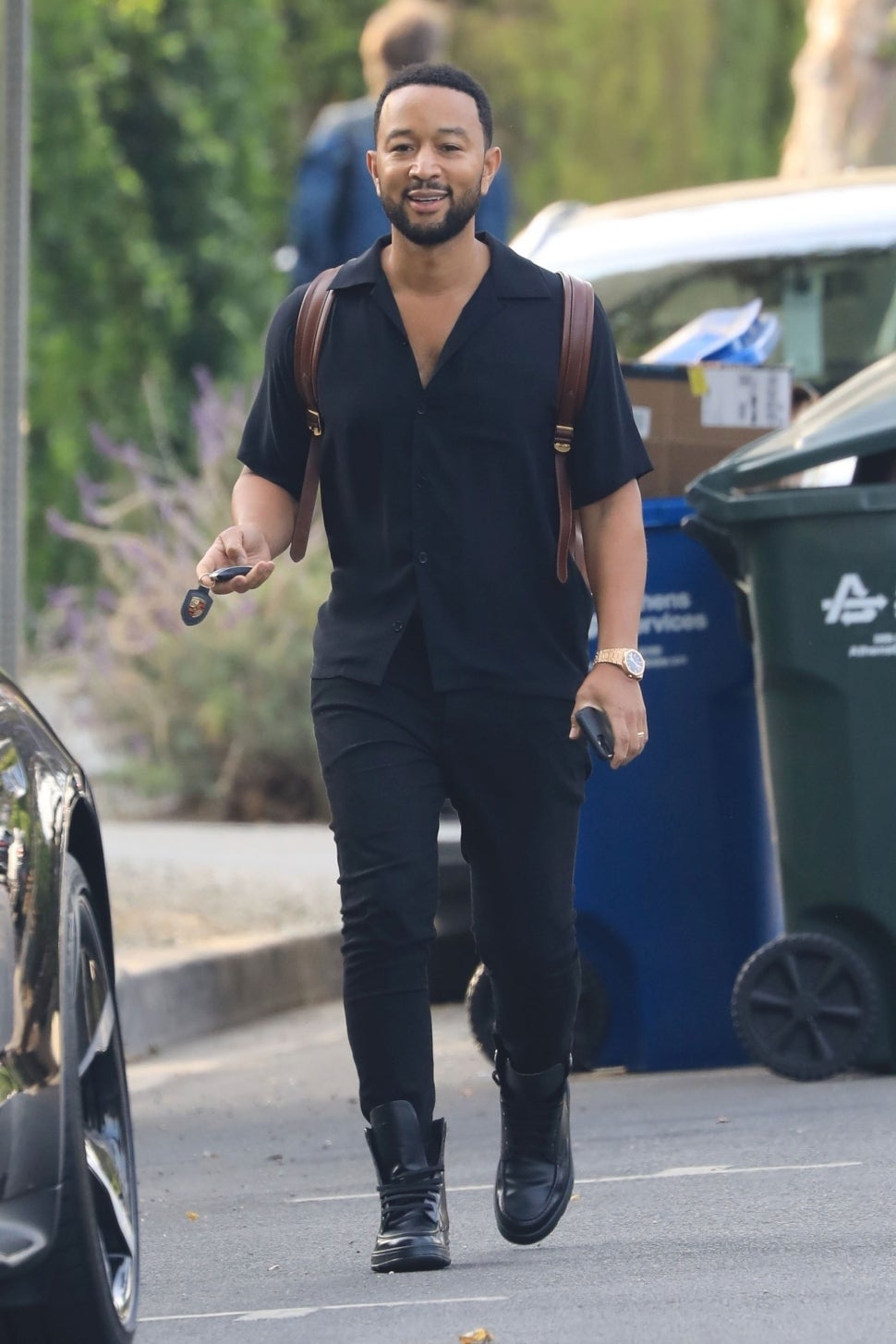 The update comes two days after Legend and Teigen celebrated their 5-year-old daughter Luna’s preschool graduation, and the model showed off her new tattoo of a butterfly drawn by her little girl.

The controversy surrounding Teigen began when a number of her tweets resurfaced last month, as Courtney Stodden alleged in a Daily Beast interview that Teigen used to send her disparaging comments on social media.

Teigen subsequently publicly apologized to Stodden, calling herself an “insecure, attention seeking troll,” took a break from her social platforms, and exited her role on Never Have I Ever amid the controversy.

On Monday, Teigen took to her social media to issue a lengthy apology. In her essay, Teigen said she’s “in the process of privately reaching out to the people I insulted.”

“I understand that they may not want to speak to me,” she wrote. “I don’t think I’d like to speak to me. (The real truth in all of this is how much I actually cannot take confrontation.) But if they do, I am here and I will listen to what they have to say, while apologizing through sobs.”

While Teigen admitted she’s “truly ashamed” by her past mean-spirited tweets, she also noted there’s “no excuse.”

“My targets didn’t deserve them. No one does. Many of them needed empathy, kindness, understanding and support, not my meanness masquerading as a kind of casual, edgy humor,” she shared. “I was a troll, full stop. And I am so sorry.”

The cookbook author said she’s no longer the person who wrote those mean tweets, in large part due to therapy and motherhood. She concluded her post by writing about how she’s trying to raise her children to be kind, and how she hopes they one day recognize her evolution.

However, later in the day, fashion designer Michael Costello took to Instagram to level new allegations of bullying by Teigen, and claimed that the model and her stylist, Monica Rose, allegedly tried to ruin his career. ET has reached out to reps for Teigen and Rose for comment.