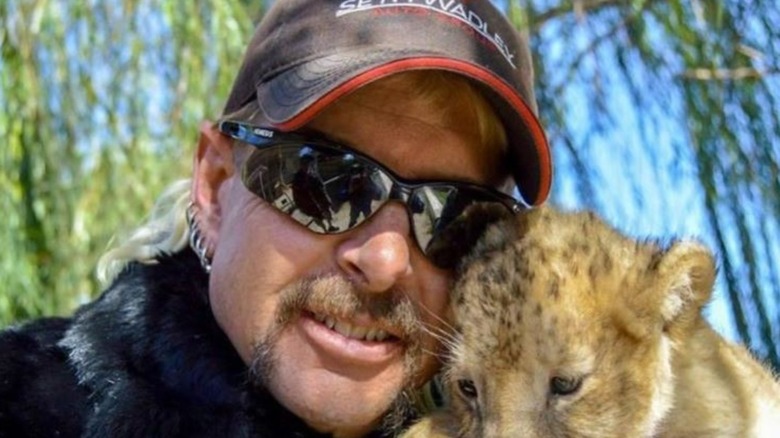 It’s been a few months since Joseph Maldonado-Passage, AKA Joe Exotic, and husband Dillon Passage announced they were divorcing. However, they weren’t in any rush, as confirmed by TMZ via an email to the “Tiger King” star’s attorney. Exotic is currently serving a 22-year prison sentence for his part in a murder-for-hire plot involving sworn enemy Carole Baskin, as detailed on the hit Netflix show.

“Me and Dillon have talked and we are not going to get in a hurry and get a legal divorce,” his email advised. It reportedly followed a lengthy conversation between the two, with Exotic admitting it’s been a tough time for them.

The Netflix star added he wasn’t anxious to make it official any time soon noting, “He is going to do what he thinks he needs to do and I prefer to stay married right now so things don’t get complicated.” Exotic confirmed they’re still friendly, and acknowledged Passage was also still supporting him. Passage confirmed as such in an Instagram post, advising, “This wasn’t an easy decision to make but Joe and I both understand that this situation isn’t fair to either of us.”

As many fans can recall, the couple tied the knot in 2017. However, although their divorce has yet to be finalized, it seems Exotic’s estranged husband has already moved on.

Dillon has found a new boyfriend 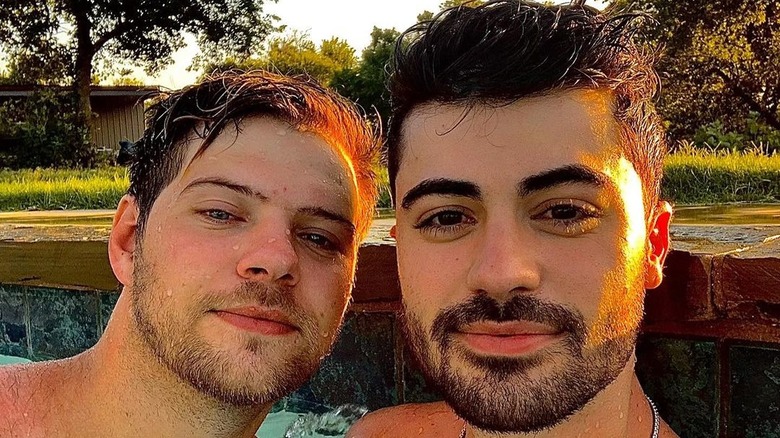 Dillon Passage, soon-to-be ex-husband of “Tiger King” star Joe Exotic, went Instagram official with his new man, John, sharing a series of selfies alongside a sweet explanation for why their relationship has stayed behind closed doors up until now.

“Everyone, meet John,” read the caption. “I’ve planned on keeping my relationship private for personal reasons but lately I’ve been having a hard time dealing with things happening in my life and John has been my rock and helping me get through it all.”

Passage was therefore taking a moment to give a shoutout to his boyfriend, and let John know how special he is to him. In 2020, Passage, who married Exotic just two months after the accidental death of his late husband, Travis Maldonado, admitted to People that it was tough getting used to life without the Netflix breakout.

The two were talking on the phone as much as possible and sending love letters back and forth too. However, in an interview with ET, he argued that the “Tiger King” star would support him finding love elsewhere, noting, “Me and Joe have had that conversation, actually. He doesn’t want me alone forever. Right now, I don’t feel the need to fill that empty void, [but] if I do ever meet somebody that I feel is going to be very important to me, then Joe would be perfectly fine … maybe not perfectly fine, but he would support my decision to be happy again.”