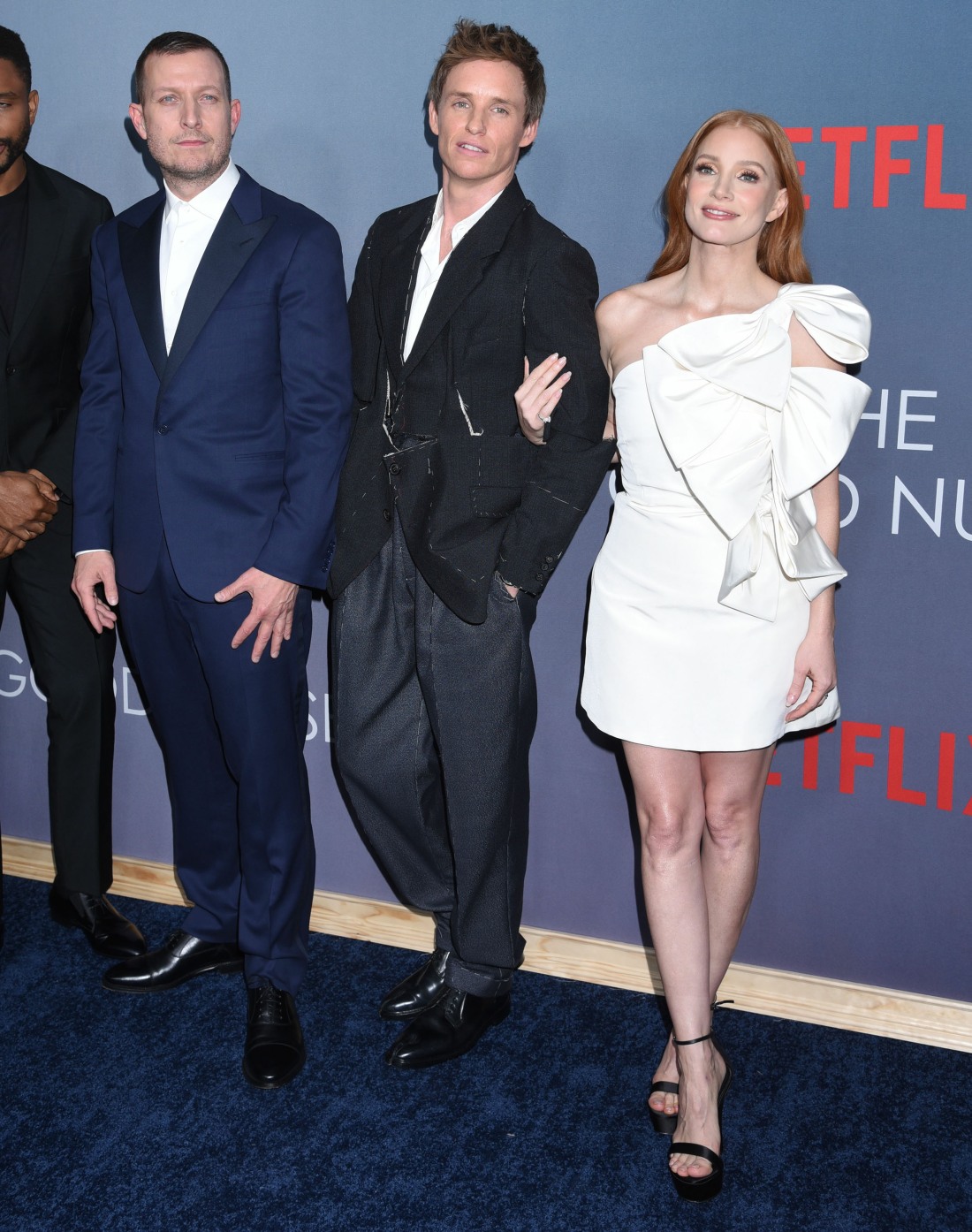 I never would have thought to put Jessica Chastain and Eddie Redmayne in the same movie, but now that I’ve seen them together… I bet they got along really well. I bet they like each other a lot. I’m not saying that in a shady way – both are happily married to other people, both are parents of young children, etc. I just think their personalities probably complement each other and they seem like they would be fast friends.

Chastain and Redmayne star together in The Good Nurse, which will have a brief theatrical run before it debuts on Netflix on October 26. I thought maybe this was something Chastain nurtured and produced, but no – she was just an actress for hire on this one. The photos in this post are from last night’s New York premiere/screening. Chastain wore this completely hilarious Carolina Herrera cocktail dress which consists of a white tube and four large bows. Even though the dress is very bad, Jessica is sort of pulling it off in a weird way? Redmayne decided to sartorially compete with Jess by wearing some kind of deconstructed suit.

This film looks really good, and I’m looking forward to seeing their double-act, which will probably be an awards contender (if they promote it the right way). Apparently, Redmayne and Chastain did two weeks of nursing school so they could properly “act” the nursing scenes. The trailer is very good. 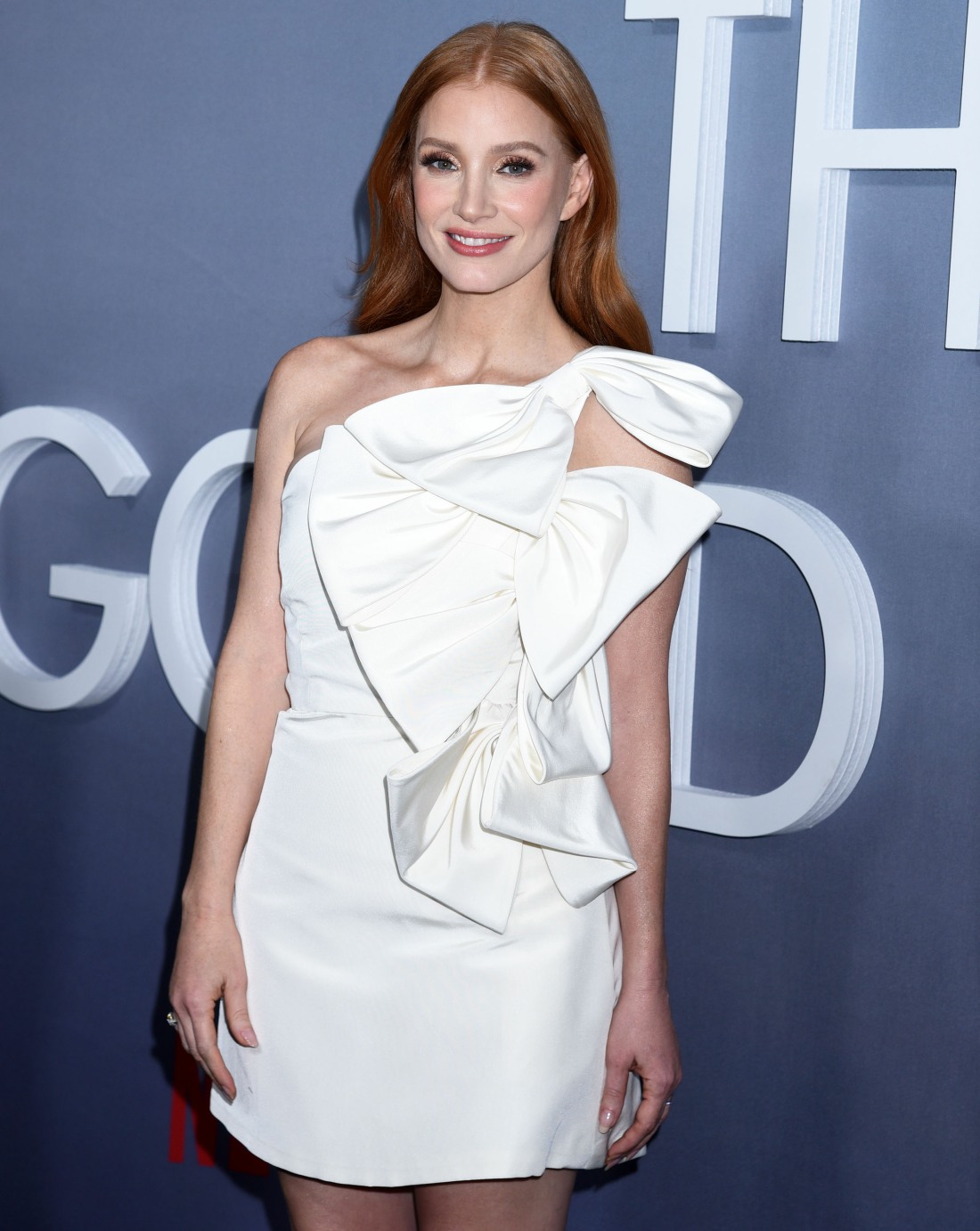 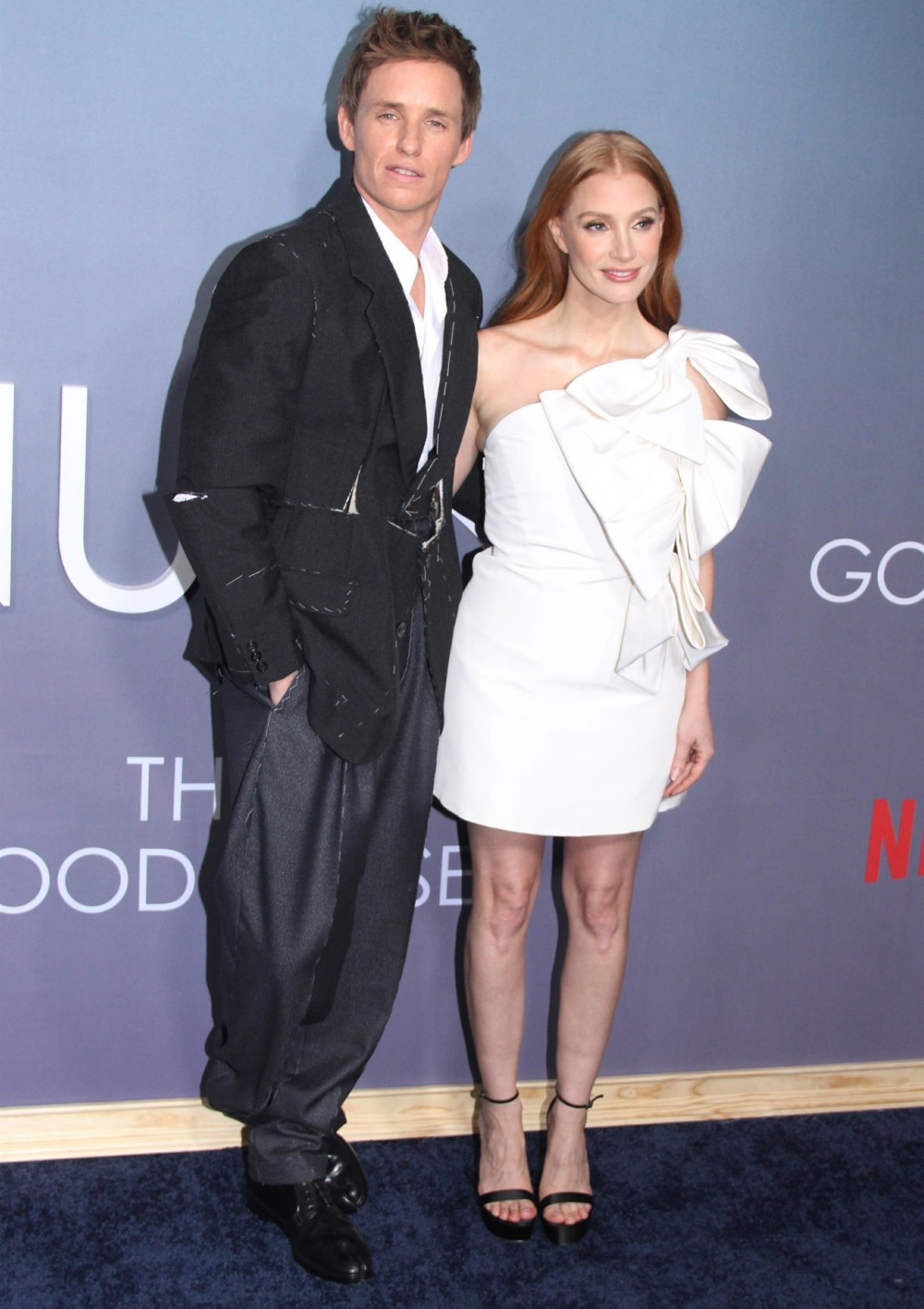 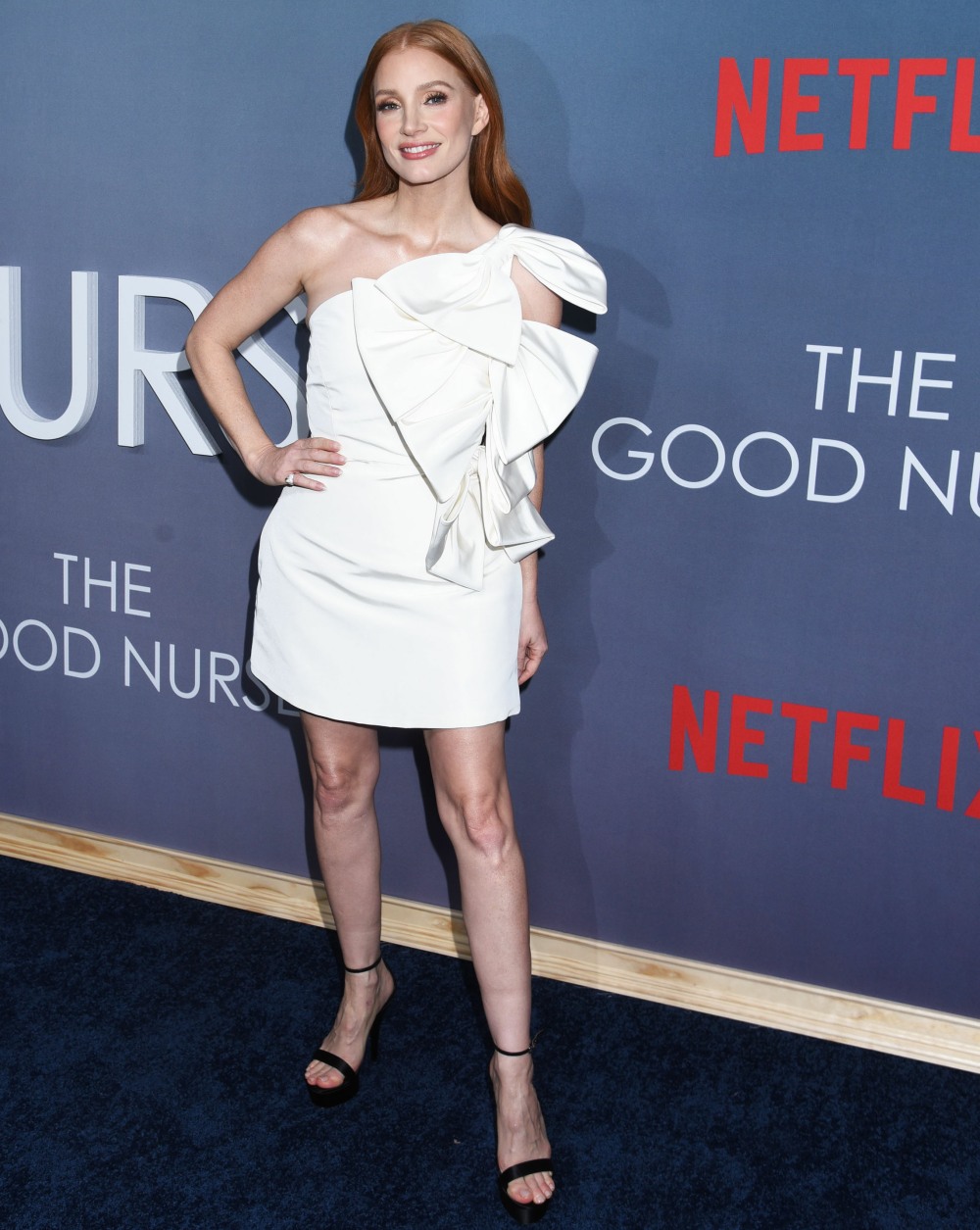