She’s got a new “Favourite”! Jennifer Lawrence brought her boyfriend, Cooke Maroney, to a premiere for her ex Nicholas Hoult’s new film, The Favourite — and Darren Aronofsky, another ex of hers, was in attendance, too.

For the event at the New York Film Festival on Friday, September 28, the 28-year-old opted for a long black dress, a slicked-back hairstyle, and a flashy gold choker necklace. Maroney, 34, complemented her outfit with a classic black suit and tie. 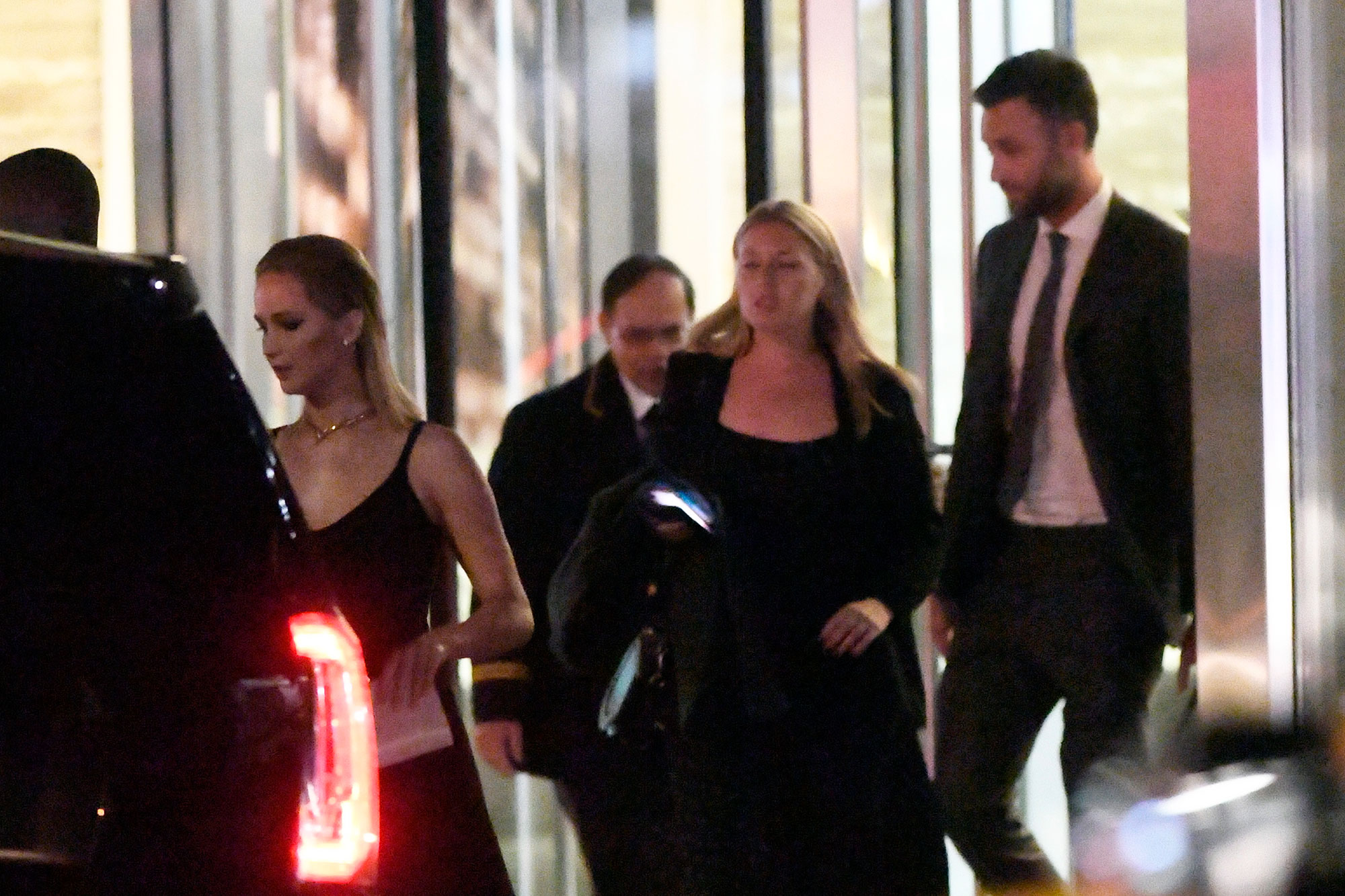 Lawrence’s relationship with the New York art gallery director first made headlines in June, after the couple had reportedly been seeing each other for a few weeks.

In The Favourite — a period drama about two cousins vying for the attention of Queen Anne in 18th-century England — Hoult shares the screen with Emma Stone, Lawrence’s longtime friend, and Rachel Weisz, another of Aronofsky’s exes.

The Hunger Games alum’s willingness to cross paths with her former flames suggests she’s on good terms with both men. In fact, she previously revealed that she’s still friends with most of her exes.

“I think it’s because I’m blunt,” she explained to podcast host Marc Maron in February. “I don’t think that you can have any sort of bad relationship with anybody if you’re just blunt. Everybody always knows how you feel at all times and there’s no lying, it’s just honesty. Everybody’s a good guy to each other.”

She added, “All my boyfriends have been wonderful. Nick [Hoult] was a great boyfriend.”