Jason Sudeikis hit the red carpet on Thursday rocking a little gift from his little girl. The 45-year-old comedian was all smiles at the season 2 premiere of Ted Lasso, while wearing a special bracelet his and Olivia Wilde’s 4-year-old daughter, Daisy, made for him.

The bracelet features a string of colorful beads on an elastic band, including a few letters that spell out “Daddy” — a truly adorable gift from his youngest child.

“She just made it because she can’t not be creative,” Sudeikis proudly told ET’s Lauren Zima while the red carpet outside the Pacific Design Center in West Hollywood.

Sudeikis said his daughter is “a little artist to be,” but noted that he wasn’t sure if she was also an aspiring actress. 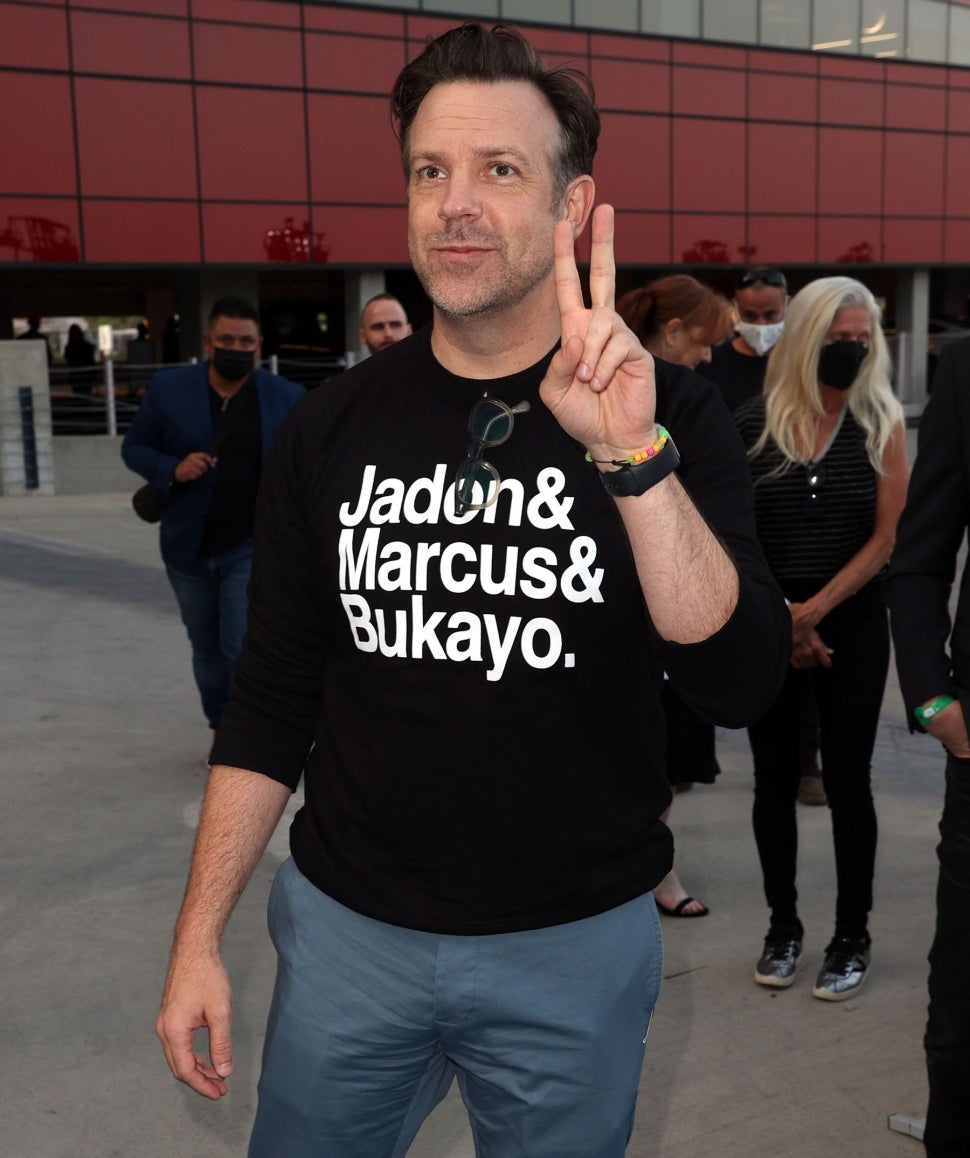 While Sudeikis is basking in his daughter’s bright creativity, the actor also laughingly admitted that neither Daisy nor his and Wilde’s 7-year-old son, Otis were the least bit interested in his new show’s record-setting number of Emmy nominations.

That being said, both his kids have seen the celebrated show — which follows Sudeikis’ titular Ted Lasso, a college football coach who becomes an affable fish-out-of-water when he’s hired to coach a British soccer club.

“Otis refers to Roy Kent as the ‘King of the F-word,'” Sudeikis said, referring to the character played by Brett Goldstein on the show. “‘King of the F,’ I think is what he says.”

When asked if Otis says the “F-word” in question, Sudeikis admitted with a smile, “He used to! But we got him off that.”