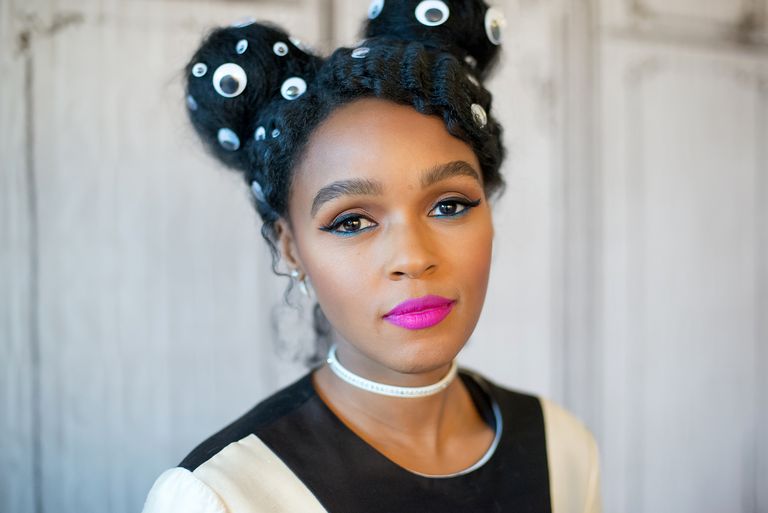 Janelle Monáe has long been private about her personal life, but the multi-hyphenate artist opened up about her sexuality for the first time in her new Rolling Stone cover story.

“Being a queer black woman in America, someone who has been in relationships with both men and women – I consider myself to be a free-ass motherfucker,” she told the magazine.

The 32-year-old singer and actress clarified that she initially identified as bisexual, “but then later I read about pansexuality and was like, ‘Oh, these are things that I identify with too.’ I’m open to learning more about who I am.”

Other public figures who identify as pansexual include Miley Cyrus, who came out in 2015, and teen transgender activist Jazz Jennings. “Being pansexual basically means to me that you are attracted to anyone, no matter their sex, sexual orientation, gender, gender identity, everything. There’s no limits,” Jennings told Cosmopolitan.com in 2015.

Rolling Stone points out that fans have speculated about Monáe’s sexuality for years, especially after she’s dropped hints about being queer in her music. “If you listen to my albums, it’s there,” the singer explained, citing previous songs like “Mushrooms & Roses” and “Q.U.E.E.N.” (which was originally titled “Q.U.E.E.R.”). Both tracks reference a love interest named Mary. Her upcoming album, Dirty Computer, which releases tomorrow, is another celebration of her sexual freedom.

The 45-minute film accompanying her new album also features characters named “Mary Apple,” a moniker given to women “dirty computers” who’ve been stripped of their names. One of them is played by actress Tessa Thompson, who’s rumored to be Monáe’s girlfriend, but the singer won’t comment on her dating life.

Thompson also makes appearances in Monáe’s recent music videos, “Pynk” and “Make Me Feel,” which the singer’s fans have touted as a bisexual anthem.

“Janelle is somebody who is interested in really empowering not just women, but people to be who they are in the full expression of who they are,” Thompson told Entertainment Tonight of working with Monáe. “The truth is when people look at me and Janelle and these characters that we play in the music video, people have called it a bisexual anthem. If it makes people feel liberated in their skin and feel closer to who they are than I think we did our job.”

Monáe told Rolling Stone that Dirty Computer is partly a response to hurtful criticism from her family. “A lot of this album is a reaction to the sting of what it means to hear people in my family say, ‘All gay people are going to hell,'” she said.

But the project is not just for her; it’s also for people out there struggling with their sexuality.

“I want young girls, young boys, nonbinary, gay, straight, queer people who are having a hard time dealing with their sexuality, dealing with feeling ostracized or bullied for just being their unique selves, to know that I see you,” Monáe said. “This album is for you. Be proud.”