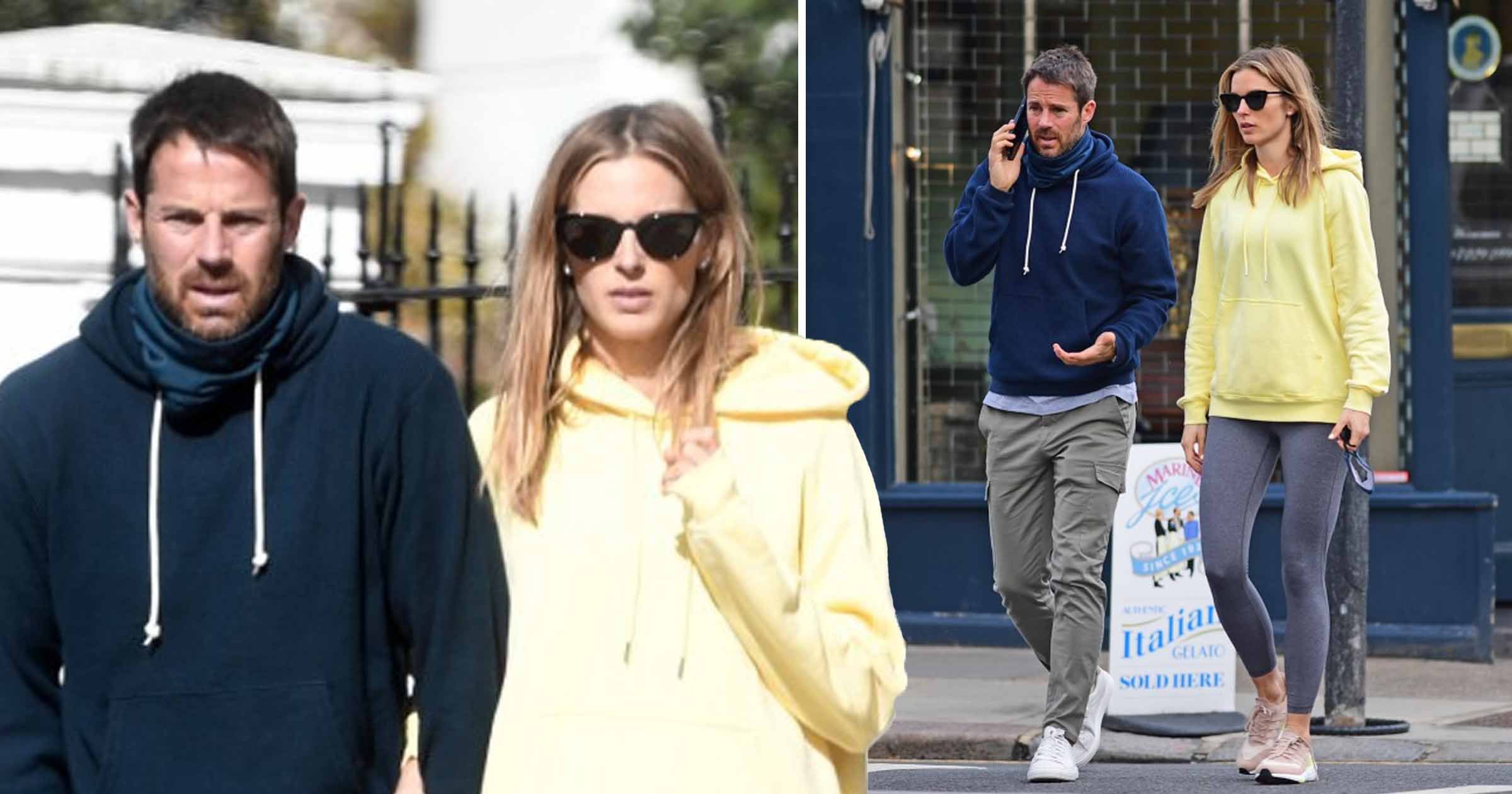 Jamie Redknapp and his girlfriend Frida Andersson have been spotted out and about for the first time since she appeared to confirm they are expecting a baby.

The couple, who have been together since August 2020, are said to be taking the next step in their relationship and starting a family.

Frida, 37, is three months pregnant and due in November, according to The Sun, and it will be the third child for Jamie, 47, who shares sons Charley, 16, and Beau 12, with ex-wife Louise.

The pair were pictured walking arm in arm through London together looking relaxed amid the baby news.

The former footballer was dressed down in a dark blue hoody over a blue T-shirt and grey trousers, talking animatedly on the phone as his girlfriend walked alongside him.

Friday was dressed in an equally casual get up of a pale yellow hoody, grey leggings and sunglasses, holding her face mask in one hand.

A source told The Sun Jamie and Frida are ‘delighted’ and plan to be ‘hands-on parents’.

They shared: ‘Jamie and Frida are absolutely delighted. They’ve been virtually inseparable in lockdown, and their relationship has gone from strength to strength.

‘The couple started telling their nearest and dearest last week. Jamie’s been telling pals he’s really excited to be a dad again — less excited about the sleepless nights, and ­nappy-changing.

‘But both he and Frida will be brilliant, hands-on parents.’

Frida has not spoken publicly about the baby news, but she previously confirmed they are expecting in replies to fans on Instagram, responding to a comment that said ‘Lovely news on your new baby. Congratulations to you both,’ with a prayer hands emoji.

She also left the same comment to another follower who said: ‘Congratulations on your new baby.’

Jamie was married to singer Louise for 19 years until they split in 2017.

The former Eternal star has spoken openly about dealing with their divorce while being in the public eye.

‘I was like, “I would really like this to all go away. But I’ve got two little men who need me more than anything”,’ she told Mail Online, adding that that’s where her ‘selfishness stops’.

The Pandora’s Kiss singer, believed to be currently single, still spends some major holidays with her ex-husband and their sons.

Jamie has given an insight into co-parenting with Louise in the past, revealing that their current situation suits them both.

He told The Mirror: ‘I’m sharing the kids with Louise, which has worked out really well.

‘Home schooling has not been easy though, and my respect level for teachers has gone through the roof.’