Jamie Lynn Spears has shared more details about her strained relationship with big sister Britney Spears in a new TV interview on ‘Nightline.’

Jamie Lynn Spears is speaking out again regarding her troubled relationship with her sister, Britney Spears, and her place within the Spears family. The 30-year-old made an appearance on ABC’s Nightline on Jan. 12 and told JuJu Chang about a fight the famous siblings had at a certain point after the COVID-19 pandemic began in March 2020. Jamie Lynn explained that Britney, 40, “got in her face” while  she was holding her daughter Ivey, now 3, in her arms.

“She cursed at me and so I just walked out of the room. I was like, ‘We’re just all family under one roof. I’m not trying to argue.’ And when I tried to remove myself from the situation, that’s when I guess she just got really angry.”

Jamie Lynn went on to recall how her eldest daughter Maddie, now 13, “tried to mediate the situation” between Jamie Lynn and Britney. “I hated that. Like, that’s not what you’re supposed to do. You’re 12.” The former Zoey 101 star also revealed how her dad Jamie, 69, and mom Lynne, 66, reacted to the siblings’ fight. “They told me that I shouldn’t be upset. Like, I can’t upset Britney,” she explained. “I said, ‘You just saw me and my children be upset. When will I matter?’ “

The Sweet Magnolias actress also claimed that many years ago, Britney allegedly took a knife and locked herself and Jamie Lynn inside a room together. “It’s important to remember that I was a kid in that moment,” Jamie Lynn said. “I was scared. That was an experience I had, but I also was fearful to really say anything because I didn’t want to upset anybody but also was so upset that she didn’t feel safe.”

Britney Spears Over The Years: Photos Of Her Transformation 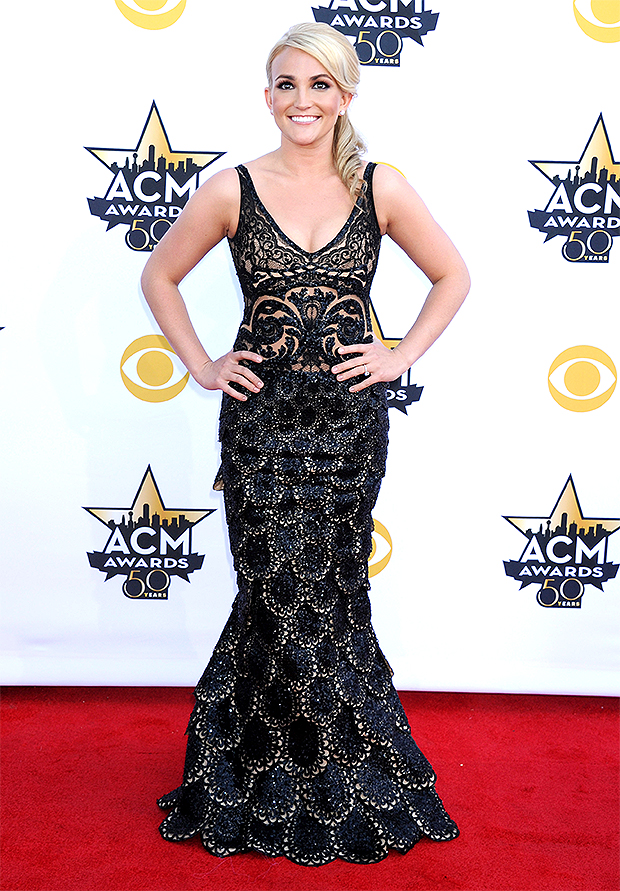 The TV appearance marks the second interview Jamie gave regarding her familial drama, as she also spoke to Good Morning America on Jan. 12 about the subject matter ahead of her memoir, Things I Should Have Said. During the Q&A, Jamie Lynn discussed the role she played in trying to help Britney end her conservatorship, which the singer wasn’t successful in doing until Nov. 2021.

“I’ve always been my sister’s biggest supporter,” Jamie Lynn insisted. “When she needed help, I set up ways to do so. I went out of my way to make sure that she had the contacts she needed to possibly go ahead and end the conservatorship and end this all for our family. If it’s going to cause this much discord, when why continue it?”

Continuing her sentiments, Jamie also revealed her reaction to learning Britney’s conservatorship had finally been dissolved in November. “I was happy,” she shared. She also defended staying silent when the conservatorship was first put into place in 2008. “First off, when It was put into place, I was 17 years old, I was about to have a baby,” Jamie Lynn explained. “I didn’t understand what was happening, nor was I focusing on that. I was focused on being 17 and having a baby. I understand just as little about it then as I do now.”

Jamie Lynn and Britney used to be pretty close as sisters, but Britney has definitely made it clear that she takes issue with her whole family after dealing with her conservatorship for 13 years. Although Jamie Lynn had publicly shown her support for the pop star, it was not enough for Britney. “Never forget who ignored you when you needed them and who helped you before you even had to ask,” Britney shared on Instagram in July, adding, “How dare the people you love the most say anything at all…did they even put a hand out to even lift me up at the TIME!!!!? How dare you make it public that NOW you CARE.”