The 48-year-old chef returns to screens today with his flagship ITV programme James Martin’s Saturday Morning, where he will be joined by Anton Du Beke, Mark Tilling and John Hooker. The guests are set to discuss romance to mark Valentine’s Day, while they will enjoy a feast of chicken and chorizo, and panna cotta, cooked by James. James is known for his outspoken personality, which has become a hit with viewers since he originally began hosting Saturday Morning Kitchen on the BBC, before his move to ITV.

And in one outburst, James condemned attempts to make food a political issue by forcing opinions of animal welfare on those who opt to eat meat.

Vegans enjoy a lifestyle that’s free of any animal products, including a diet free of meat, milk and eggs.

In recent times, more and more Britons have turned to this way of life, particularly as climate change awareness and the environment have become such contentious issues.

But James claimed he became uneasy with the levels of pressure vegans sometimes put on sections of society, before admitting he would “get disowned” if he ever decided to change his diet. 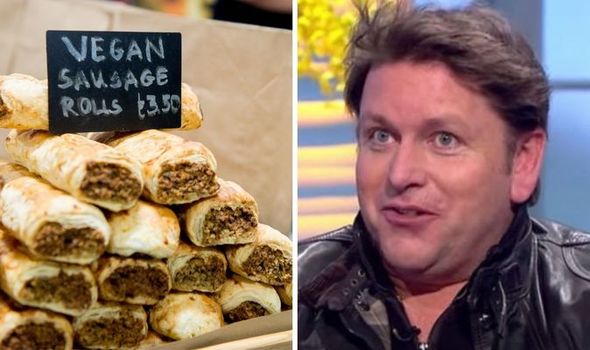 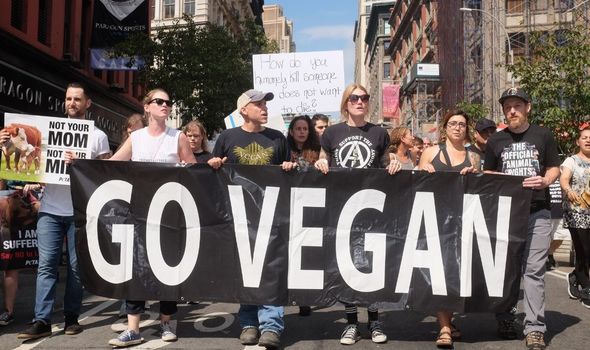 He asked the Daily Mail “when did it all become so political”, and questioned “why can’t we just eat food and just enjoy it?”

James added: “Food is such a pleasure of life. Why can’t we just enjoy it for what it is?

“Nothing against vegans. One of my chefs is vegan. Eat what you like – and teach the rest of us how to cook it better.

“But don’t lecture me on what I should eat.” 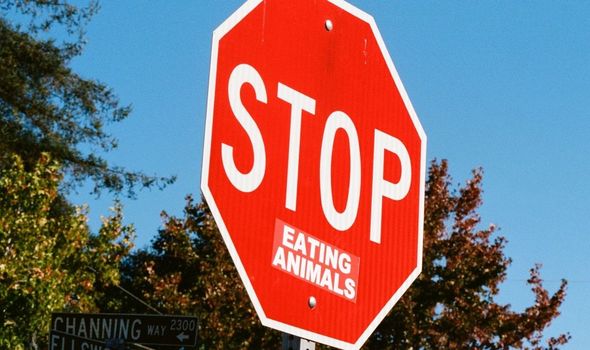 The proud Yorkshireman was also furious about schemes such as Veganuary, which encourages people to take up the lifestyle for the 31 days of January.

He said the UK “has an obsession with eating whatever we want for ten months of the year”, but then “we moan about it in January and February and make all these changes”.

He added two years ago: “No other country in the world does that! I say, eat what you want, but don’t put your opinion all over social media.

“I don’t. Who would listen to some Yorkshire chef anyway?” 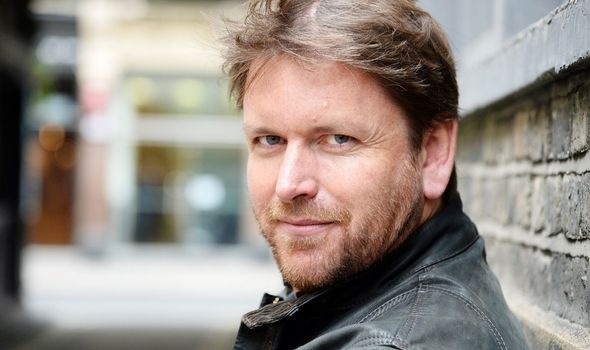 As well as food, James is also blunt on the issue of politics, and has previously blasted Remainers for continuing to want to overturn the referendum result, years after Brexit was voted for.

He attacked pro-EU groups who worried that the UK could suffer food shortages if we left the bloc, a claim decried by the former Ready Steady Cook chef.

Although he admitted “Brexit wasn’t going to be straight-forward”, he remarked in 2017 that “we’re not going to bloody starve”.

He said during an interview with i: “Being a farmer’s kid, I thought the least we can do is support all the amazing producers that produce all the food or wine or beer in the UK.” 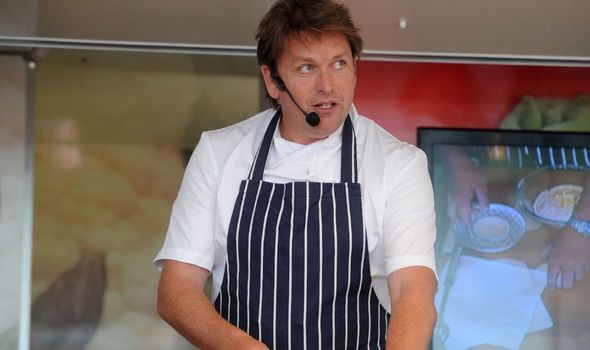 The former BBC star said it was time to “talk about what’s amazing about this country and its producers”, as opposed to just “slagging it off and moaning”.

He added: “We are good at moaning and groaning, not so good at praising people.”

Brexit helped James come up with his new show James Martin’s Great British Adventure, which he hoped would give farmers and producers a platform to demonstrate the brilliance of British cuisine.

James detailed how he planned to travel the country, while eating in the “finest restaurants in the land”, cooking up treats on British beaches and enjoying good, old-fashioned chip shops.

He said after the Brexit vote: “I remember thinking, ‘Well, let’s show the country at its best’, adding: “If one good thing comes out of it, then maybe it’ll be that we support the food we produce.”

James Martin’s Saturday Morning airs today on ITV from 9.30am.