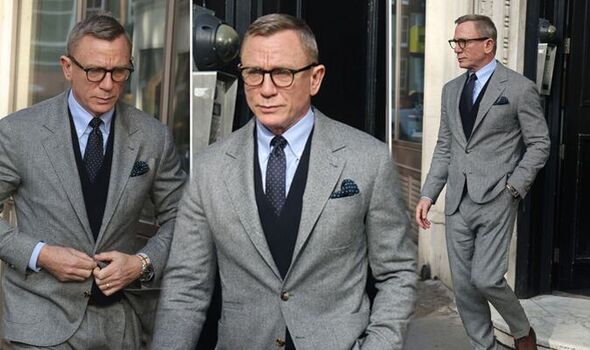 Today, Daniel Craig was spotted stepping out of Bauer Media studios in London, ahead of rumoured 60th anniversary celebrations of James Bond later this evening.

Judging by the snaps, the 54-year-old seemed eager to move on from his destination and away from the cameras.

The actor last movie in the franchise was No Time To Die, released last year.

Names thrown into the mix to replace him are; Tom Hardy, Henry Cavill, Idris Elba, Rege-Jean Page and Lashana Lynch.

Speaking on BBC Radio 1 about his departure, he said: “I just wanted to make sure I left it in as good a place as I found it, and I think anybody who takes it on will feel the same way.

“The importance of it, not just for the fans, but for everybody involved is to make the best movies we can and that’s what I’ve certainly tried to do and everyone I’ve worked with have tried to do.”

Daniel Craig in the capital

Daniel Craig stepped down as the 007 agent after five movies

No Time To Die premiere