Smith, 57, is a British Labour politician who previously served as Home Secretary, making her the first female MP to do so.

The MP was caught up in the MPs expenses scandal which led her to resign.

She left office in a storm of controversy after it was revealed an expense claim had been made for a pornographic film.

Smith was previously married to Richard Timney between 1987 and 2019 with the couple having two children together. 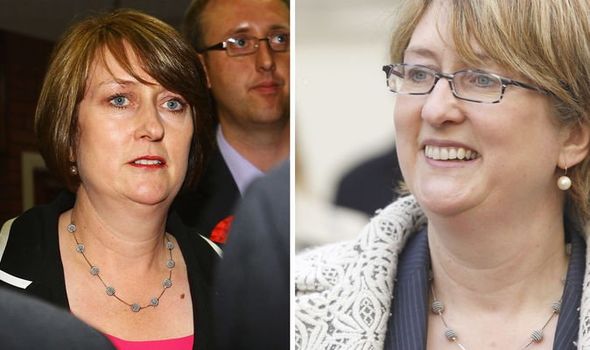 The furore only worsened after claims emerged over her main residence.

The politician previously represented the constituency of Redditch between 1997 and 2019.

She lost her seat in the 2010 General Election to the Conservative MP Karen Lumley.

Smith is still a political pundit and has had various roles in other industries such as media and health since leaving Westminster.

Smith has also hosted a number of radio documentaries including one exploring prison reform on the BBC and Sky News.

She is also a political commentator, appearing on the likes of Good Morning Britain, the BBC and Sky News.

The former politician has also co-hosted a weekly podcast on current affairs with Iain Dale on LBC.

Prior to the announcement, there were reports circulating of the MP joining the show.

She was even asked about appearing on Strictly by Ben Shephard on Good Morning Britain but Smith remained guarded in her response.

The MP will be following in the footsteps of Ed Balls and Ann Widdecombe, who have previously sashaying on the Strictly dancefloor.

She doesn’t appear to have any dance experience but could be a dark horse with some fancy moves up her sleeve.

Strictly helped to revamp Balls’ career and turned him into a TV personality and could also help boost Smith’s own star status away from the political arena.

This year’s competition will be shorter than usual due to the coronavirus pandemic, which has led to a truncated series.

There will be lots of COVID-19 restrictions in place as a Strictly bubble is going to be created for the show.

Made In Chelsea’s Laing who had to bow out last year after injuring his foot is going to be participating again.

Laing was replaced by former Emmerdale actor Kelvin Fletcher, who went on to win the Glitterball Trophy.