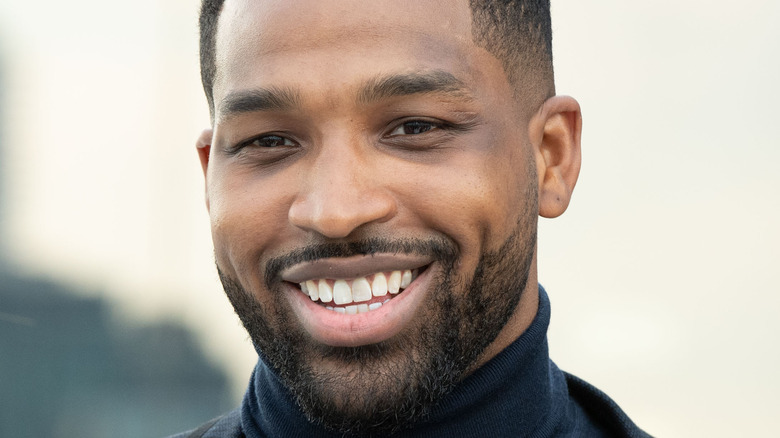 Earlier this week, Tristan Thompson and Lamar Odom, otherwise known as a couple of Khloé Kardashian’s most high-profile ex-boyfriends, seemingly got into a very public spat in the reality star’s Instagram comments. When Kardashian posted a stunning shot of herself in a bikini, showering in paradise, Odom commented “Hottie” with a string of fire emojis, which for whatever reason set Thompson off. Referencing the former NBA star’s widely-known issues with substance abuse and addiction, Thompson wrote, “God brought you back the first time. Play if you want, different results.”

As Page Six notes, Odom suffered a near-fatal overdose in a Las Vegas brothel back in 2015, and Kardashian, who had long since split from the athlete at that stage, rallied to be by his side. Meanwhile, the reality star separated from Thompson, the father of her young daughter, True, back in June after years of trying to make their relationship work despite near constant accusations of infidelity on his part (via Page Six). Although it seems to be over for good this time, judging by his most recent behavior, it seems Thompson hasn’t lost hope of a reconciliation with Kardashian someday.

If you or anyone you know is struggling with addiction issues, help is available. Visit the Substance Abuse and Mental Health Services Administration website or contact SAMHSA’s National Helpline at 1-800-662-HELP (4357).

Are Khloé Kardashian's exes fighting over her? 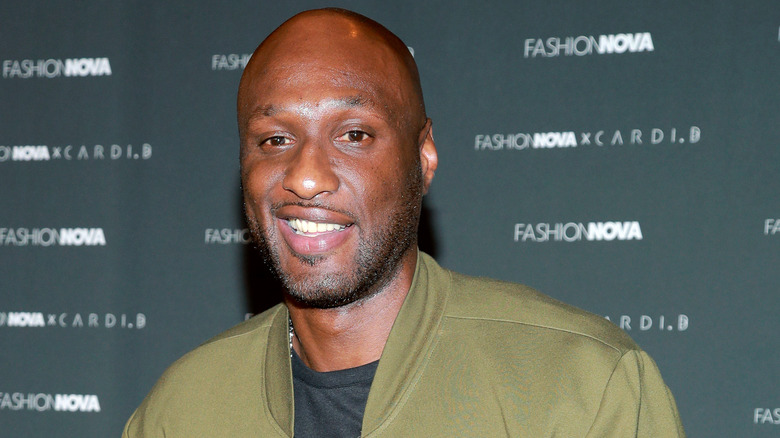 Although Lamar Odom didn’t appear to acknowledge Tristan Thompson’s alleged threat — aside from deleting his initial comment — he later took the burgeoning feud over to Twitter, where the retired athlete made it clear he wasn’t intimidated by his love rival. As People advises, Odom retweeted a snipe at Thompson, which quipped, “NBA Twitter watching Tristan Thompson pretend to act tough on Lamar Odom,” alongside a smash-cut of various ball players giggling as they watched Fergie’s infamous national anthem performance at the 2018 NBA All-Star Game. Odom was married to Khloé Kardashian from 2009 to 2016. Thompson has been poring over the reality star’s Instagram pics since their latest split, but a source advised she’s quite content being single and co-parenting with the NBA star as best she can.

However, the insider also noted, “She doesn’t like when people criticize him. He will always be special to her.” There’s even hope the two could eventually make it work in the future, even if Kardashian’s family would rather she moved on with somebody new. Likewise, all the attention is reportedly flattering but “very confusing” at the same time. As for how the Good American founder feels about this online fight between her exes, an insider told E! News she found the comments from both men “childish,” advising, “She hates they were publicly acting like that, but also had a laugh.”