Robert De Niro tends to take a no-holds-barred approach to sharing his opinion on Donald Trump, and he didn't disappoint at the 2018 Tony Awards, held overnight in the US.

The 74-year-old was onstage to introduce a performance by his friend Bruce Springsteen. Seizing the opportunity before him, De Niro stepped up to the mic and opened with a rather concise, "I'm going to say one thing: F— Trump." 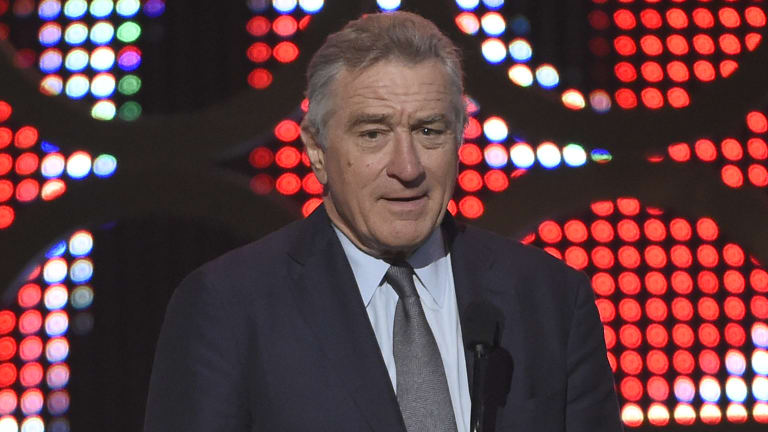 Robert De Niro is no fan of Donald Trump’s.

The crowd seemed to overwhelmingly approve of his opening line, with many audience members jumping out of their seats to give De Niro a standing ovation for his efforts. He elaborated slightly, saying, "It’s no longer, 'Down with Trump!' It’s just 'F— Trump!" before carrying on with his introduction.

It was a big night for Springsteen too, the famed rocker picking up the Special Tony Award for his sold-out show, Springsteen on Broadway.

“This is deeply appreciated and thank you for making me feel so welcome on your block,” he said when accepting his award. “Being a part of the Broadway community… it’s been one of the most exciting things I’ve ever experienced.”

Critically-acclaimed stage play Harry Potter and the Cursed Child scooped up enough Tony Awards to match the hours that it runs for, bringing home six medallions on Sunday night.

Winning the categories of Best Play, Best Direction, Best Scenic Design, Best Costume Design, Best Lighting Design and Best Sound Design, it's clear the show is worth seeing for much more than the Harry Potter hook, or the rave-worthy storytelling. 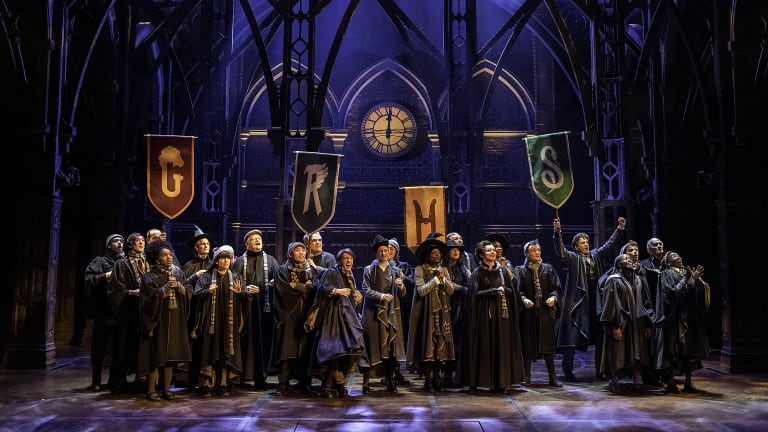 Harry Potter and the Cursed Child is coming to Australia in 2019.

The play is broken into two acts, and was written by English playwright Jack Thorne. It derives from the book of the same name, written by JK Rowling, Thorne and John Tiffany, and is set 19 years after the storyline in Harry Potter and the Deathly Hallows.

Harry Potter and the Cursed Child will open in Australia in early 2019, exclusive to Melbourne's Princess Theatre. Performance dates and ticketing TBC.

One of the most emotional moments of the evening came when students from the Marjory Stoneman Douglas High School drama department took to the stage to perform Seasons of Love from the musical, Rent. 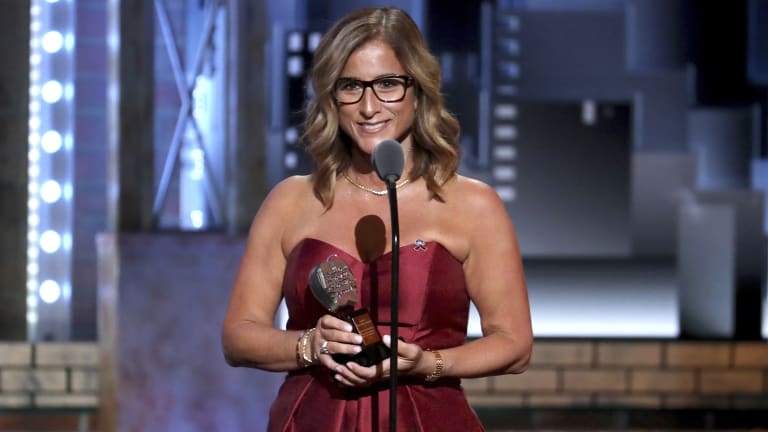 The surprise performance followed a heartfelt speech by their department head, Melody Herzfeld, who was being honoured with the 2018 Excellence in Theatre Education Award.

In February of this year, Herzfeld saved over 60 lives when a gunman went on a shooting rampage at the school, killing 17 people. Herzfeld barricaded the students in the drama room for over two hours until they received the all-clear.

When accepting her award, Herzfeld said being honoured was "defining".

"Next to the passing of my dear parents and in-laws, marrying the love of my life and the birth of my amazing sons and reuniting with my theater students, there has never been a more defining moment of my life,” she said.

The Band's Visit the biggest winner of the night

Harry Potter and the Cursed Child and The Band's Visit cleaned up at the Tony Awards, taking home six and 10 awards respectively. Below, a select list of the winners from the evening.