Bella Hadid mostly avoids controversy, steering clear of the tabloid pages and staying hyper-focused on her modeling career. But her track record isn’t entirely clean. In November 2020, Hadid found herself in the middle of an internet debacle that left fans shocked. The kicker? The drama wasn’t centered around her personal life, but rather her cooking skills. On Thanksgiving, Hadid went viral after sharing a photo of her homemade mac and cheese that Twitter users thought looked more "watery" than cheesy. Given all the hoopla, I decided to try Bella Hadid’s watery mac and cheese for myself to see if it was as bad as everyone claimed.

In case you somehow missed Hadid’s viral mac and cheese tutorial, let me give you a refresher: The model took to her IG story to share a "recipe" for fans to try at home, which was really just loose instructions on how to achieve her soupy mac. Her followers were shook to learn she actually served up the liquefied side dish for the holiday, and if that weren’t enough, Hadid opted to use rigatoni instead of macaroni noodles for the recipe (yes, I’m as confused by this culinary choice as you are).

I’m a brave soul, so I decided to give the recipe a whirl. Because Hadid’s instructions were vague, a lot of the process required guesswork on my part to try to achieve the "perfect" liquid-y consistency. I started by purchasing the essentials: rigatoni pasta, shredded cheddar cheese, butter, bread crumbs, and milk. I used almond milk for my recipe because real milk tends to hurt my stomach, but it also probably helped with the unique texture, since almond milk is typically thinner than dairy milk. 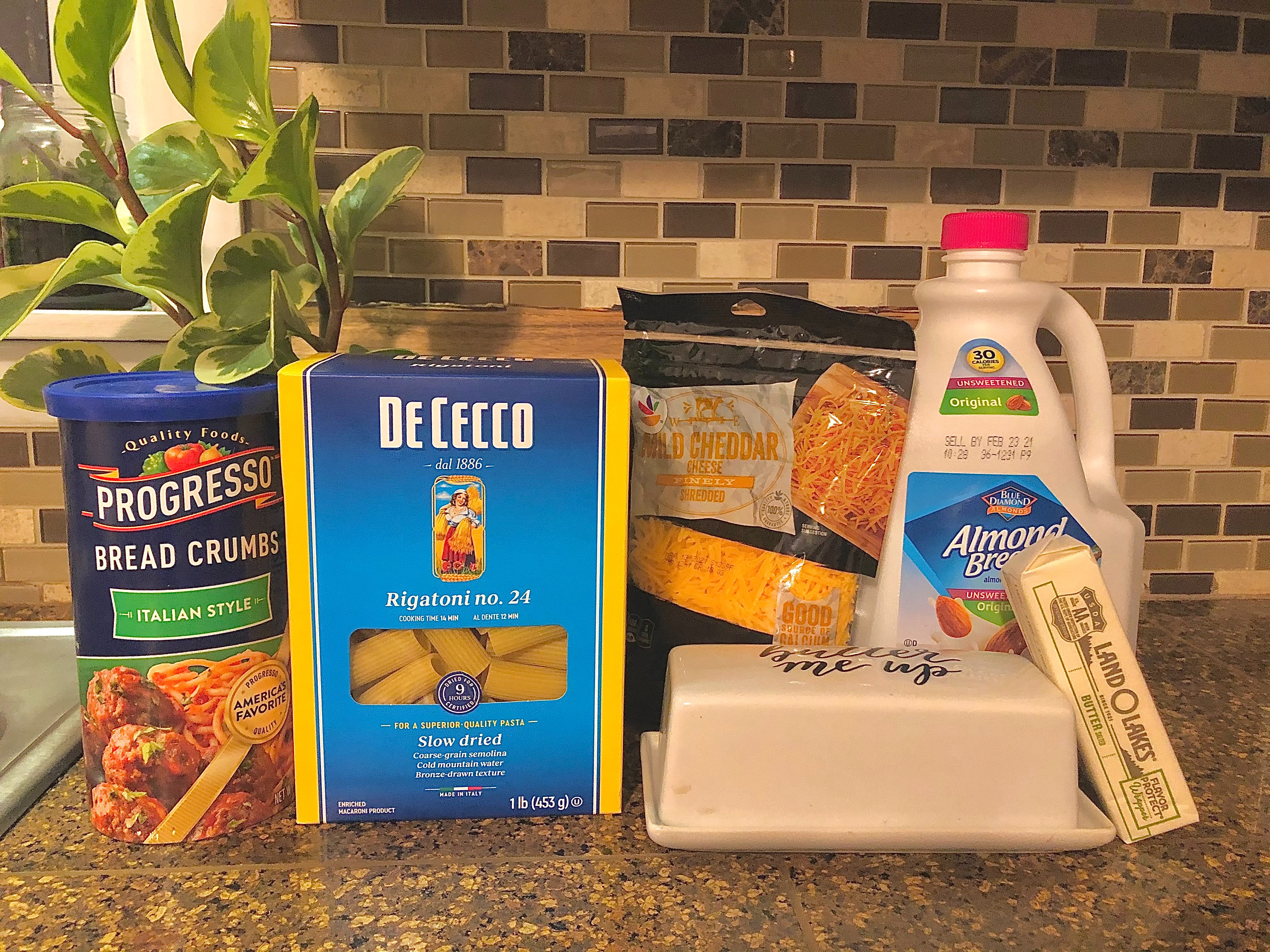 I made Hadid’s mac at my best friend Torri’s house, so I enlisted her for a little help. We started by cooking the rigatoni in a medium-sized pot until it was tender. According to Hadid’s tutorial, the pasta should be prepped slightly al dente, so it doesn’t get mushy. For "authentic al dente" pasta, the box recommended 7 minutes, so that’s exactly what I did.

I’m hardly queen of the kitchen, and as I often do, I spilled part of my dinner on the floor. Thankfully, Torri’s doggo Midnight was there to help clean up. 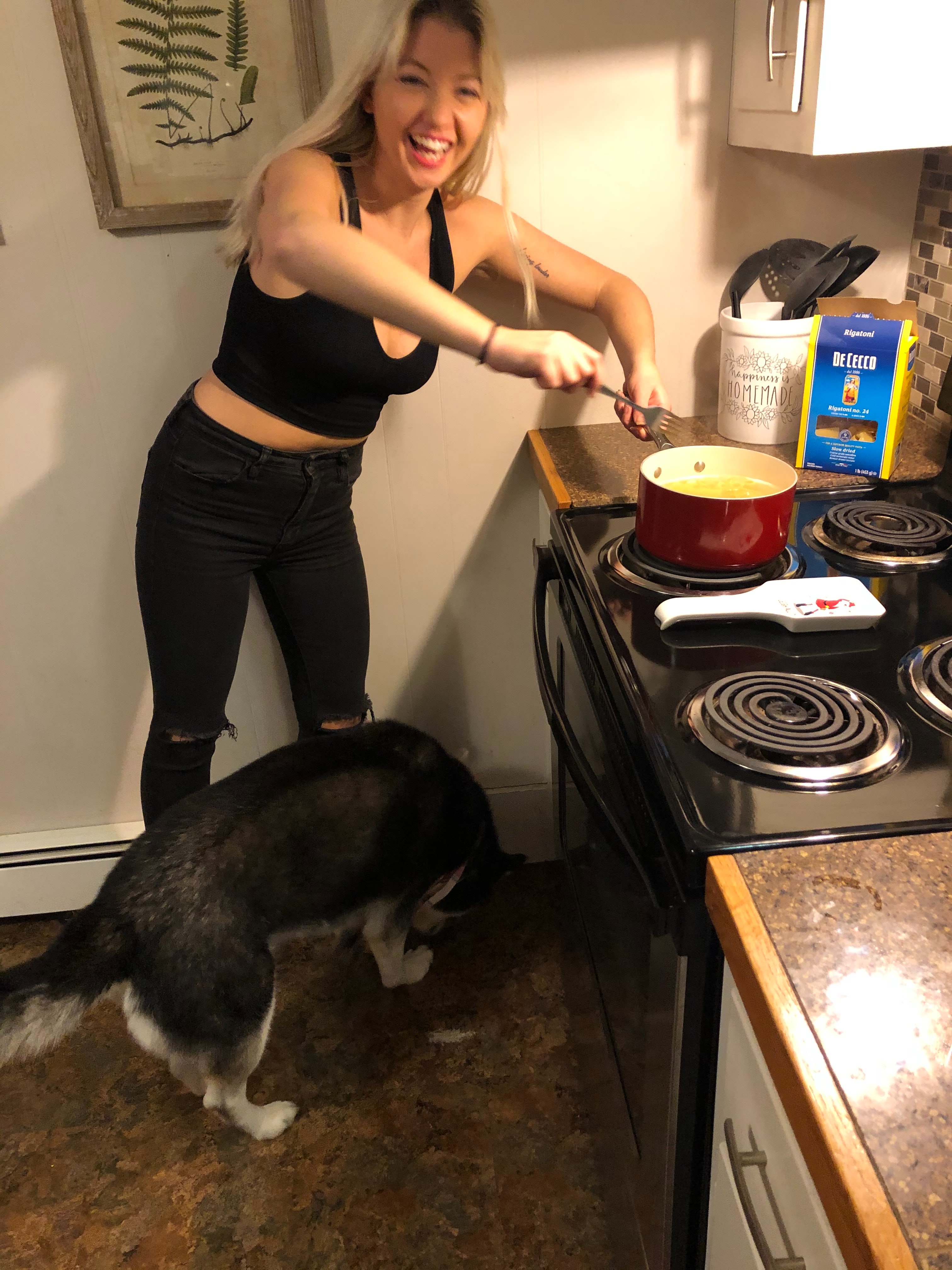 Once the pasta was cooked, it was time to add the most important ingredient: the cheese. I left the burner on low as I melted a full package of shredded cheddar (12 oz) and one stick of butter (1/2 cup) into the pot. Torri then added a lot of milk (we just eyeballed it, but it was about 3 cups) in an attempt to attain Hadid’s watery end result. Honestly, soupy texture and all, it still looked kind of appetizing. 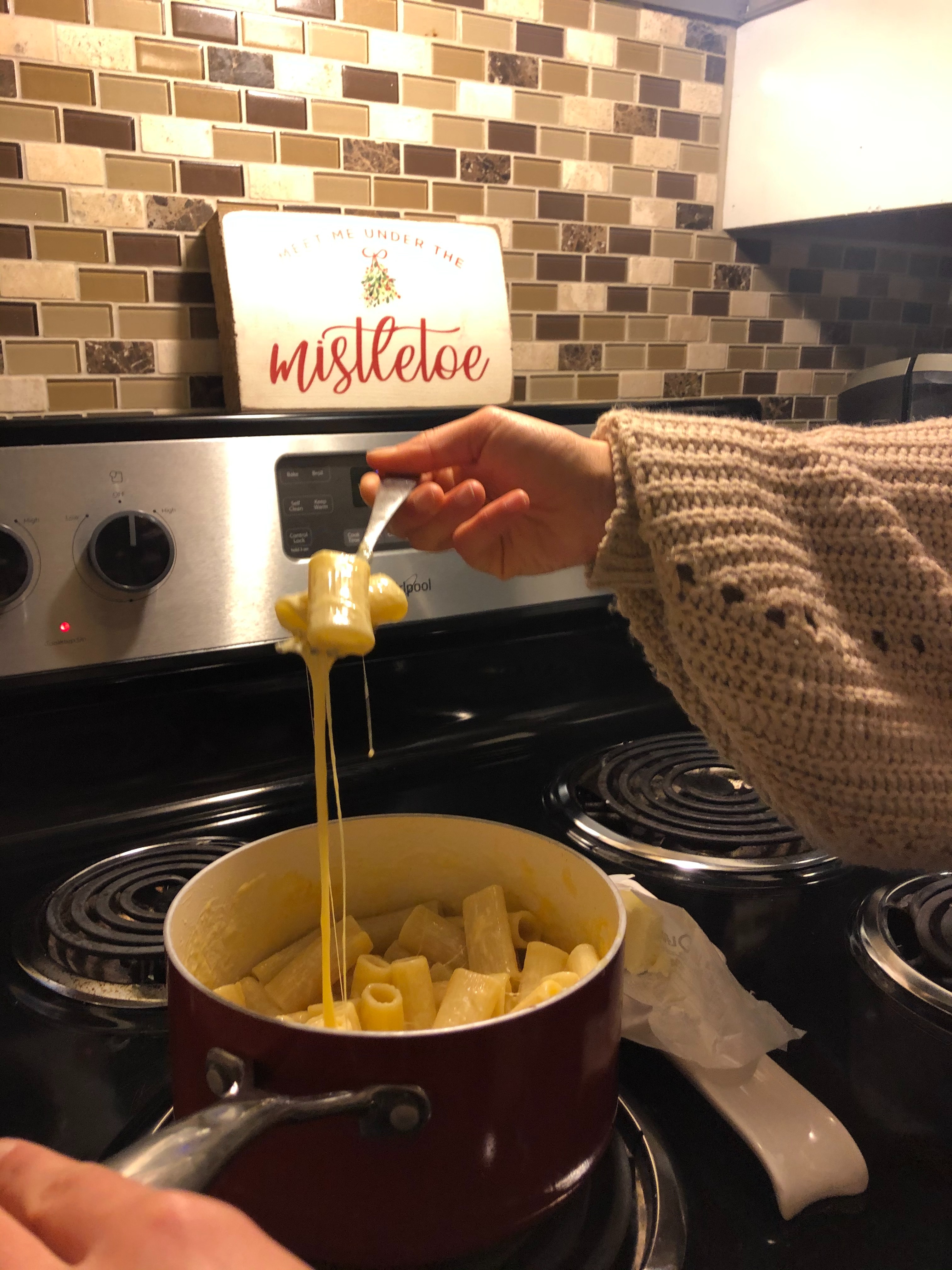 Then, it was time to transfer the the mac into a baking dish. Once I spread the pasta across my 12" x 8" glass pan, I realized just how watery it really was. It was definitely starting to look similar to Hadid’s dish, and it was also becoming less appetizing by the second. Hadid also got trolled for the, uh, generous amount of bread crumbs she used in the dish, so we were sure to dump a heavy dose (about 8 oz) on top. As Hadid suggested, we sprinkled 1 cup of grated parmesan cheese on top and added just a small dash of paprika into the mix as well. 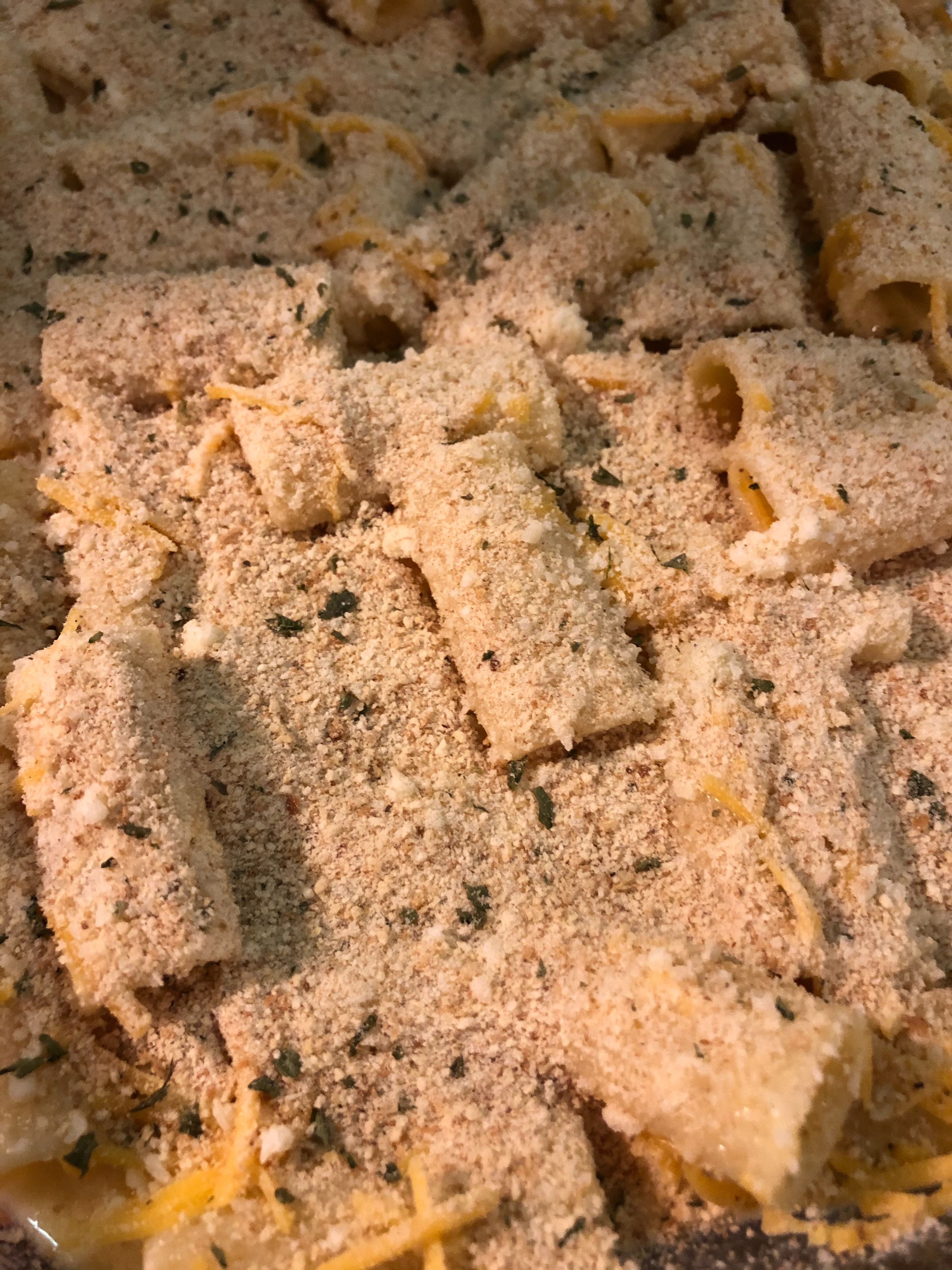 Things turned around after I put the dish in the oven. After baking it at 350 degrees for 30 minutes, it wasn’t quite so liquefied. In fact, it looked (and smelled!) pretty damn good. 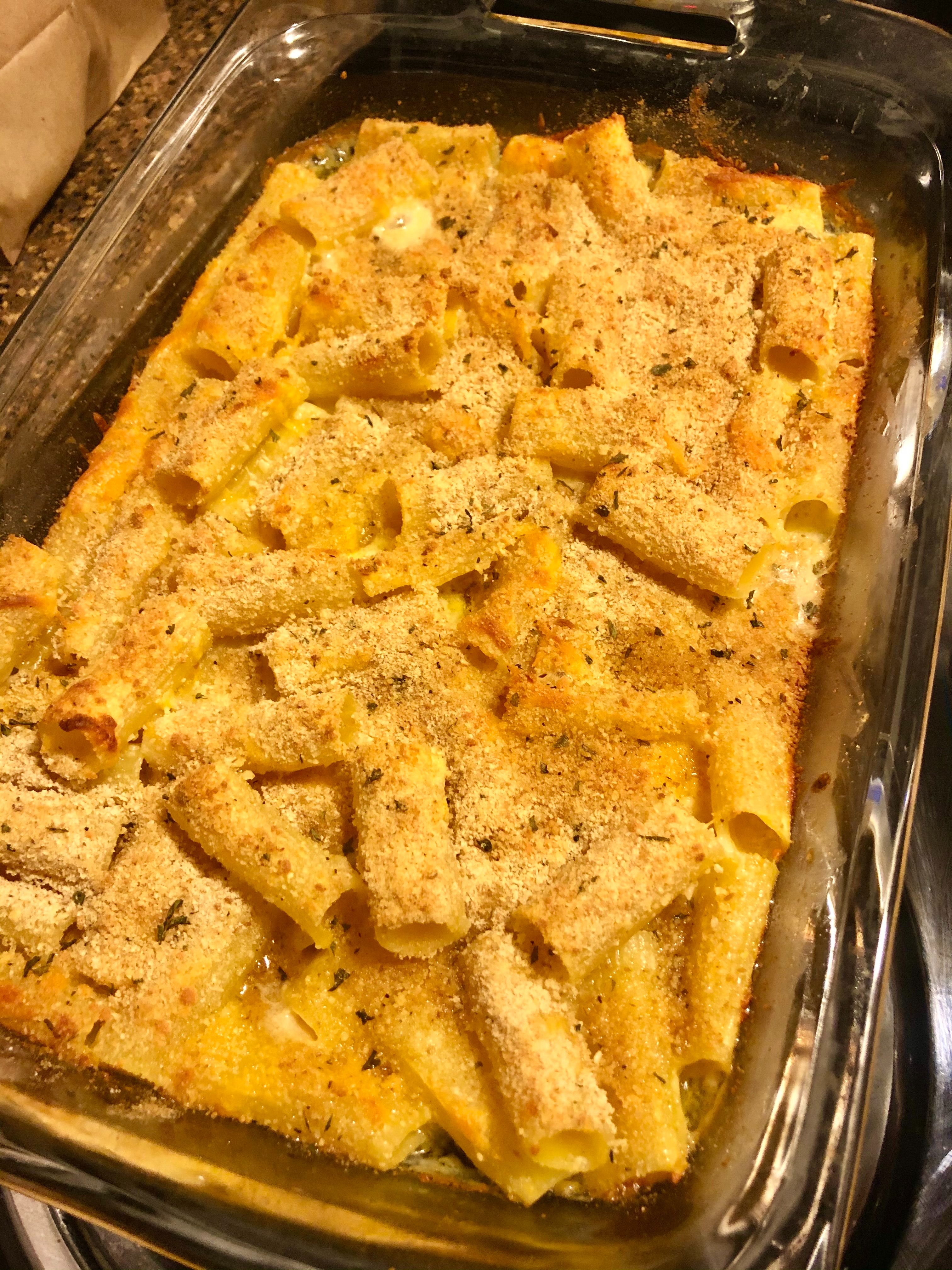 As hard as I tried to replicate Hadid’s recipe, my end result just didn’t match up. The biggest difference I noticed was the contrast in textures between Hadid’s mac and my own. Hers stayed runny throughout the baking process, while mine became slightly dry. It’s possible I baked it a tad too long, because some of the bread crumbs were also overly crunchy.

If I were to try this recipe again for some reason, I would bake it for a little less time or on lower heat. There’s a fine line between baked mac and burnt mac, and I was definitely teetering toward the latter. While I’m at it, I would also cut the amount of butter I used in half. Something about using a full stick of butter in one small tray of mac and cheese makes the health nut in me squirm. 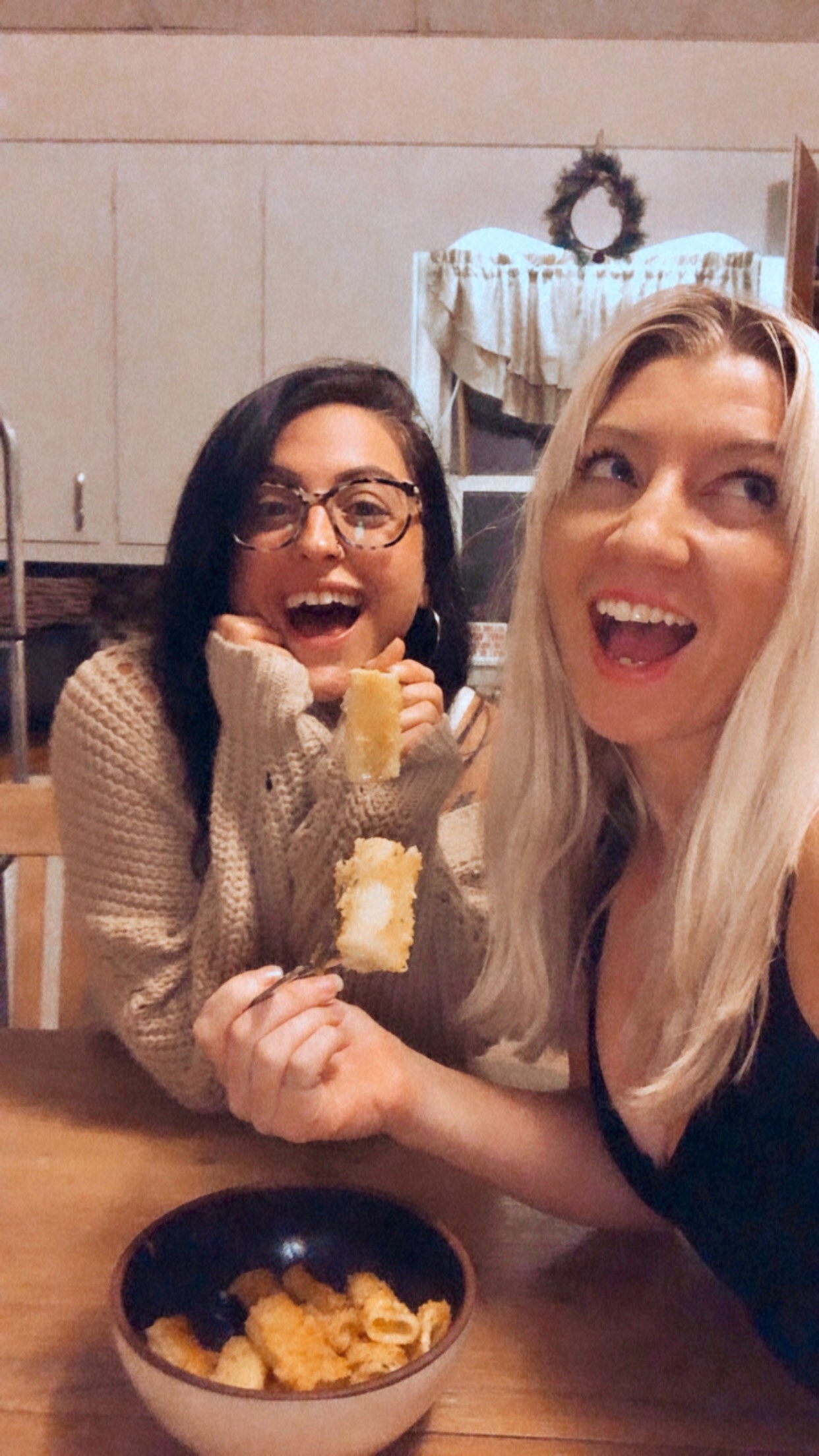 As I ate my crunchy pasta, I pondered whether Hadid deserved all the flack she got for her watery mac and cheese. I mean, isn’t it better to be too creamy than too crispy? Hadid isn’t likely to become the next Bobby Flay. But who am I kidding? Neither am I.

In Elite Daily’s I Tried series, we put celebrities’ favorite products, recipes, and routines to the test to show you what living like your fave star is really like. Read more here.