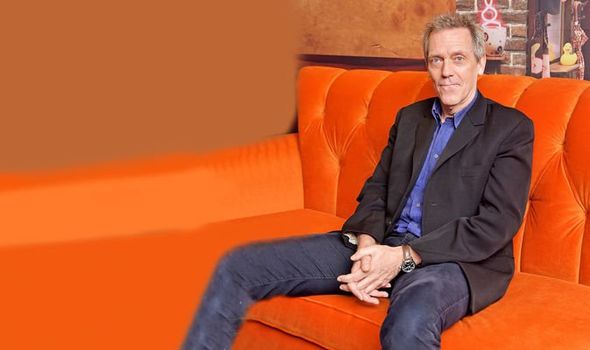 So it is a relief to hear the star talking about becoming happier as he gets older. Having turned 60 last year, and being busier than ever, when we meet in Los Angeles he admits: “I’m laughing more than I used to.

“I think I’m starting to enjoy things more, to feel like my work is less a matter of life and death and more a question of playing something and exploring something and ­trying to do it as well as I can.

“I was very intense. I used to obsess over every detail, I used to drive everybody crazy. I think I’ve become a little bit more sane, actually, since I stopped doing that.”

He pauses, and in what might be considered classic Hugh Laurie-style, cannot resist slipping in a little touch of characteristically deadpan humour.

“Of course, it helps that I’m very highly medicated,” he adds dryly.

Even at his most intense, Hugh has never been able to stray too far from his comic roots. His darkest character, the obsessed, pain-driven Doctor Gregory House, was able to sling a zinger with the best of them, many of which, eight years after the show’s demise, Hugh still remembers with some affection. 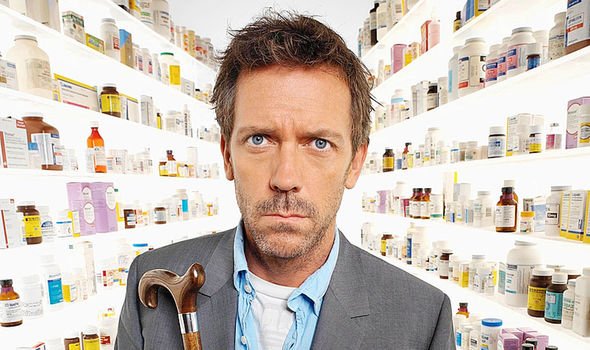 “One of the techniques House would use to illustrate his a rgument was that when he was talking to someone he would pretend to be stupid.

“House would say, ‘Yeah, that’s a really good idea, why don’t we do that?’ when plainly he didn’t believe it was a good idea at all. He would do it as a way of illustrating the intelligence of his own position and of mocking and undermining his opponent, which I always enjoyed.

“Before I made House, I used to be cast to play people who really were stupid. Hmm, I wonder why that would be? But I remember thinking while I was filming those scenes in House that all those years of playing stupid people had helped me play a clever person – which sounds like a paradox, but they really did.”

He’s about to be seen playing a ­cheerfully insane person in Armando Iannucci’s new big screen adaptation of David Copperfield by Charles Dickens.

While Dev Patel takes on the titular role as the first British‑Asian Copperfield, Hugh plays the amiable lunatic Mr Dick, ­companion to the hero’s strong-willed aunt, Betsey Trotwood. Separately, he is starring as phony space captain Ryan Clark of the giant cruiser Avenue 5 in the new HBO/Sky One TV sci-fi comedy of the same name, also directed by Iannucci. 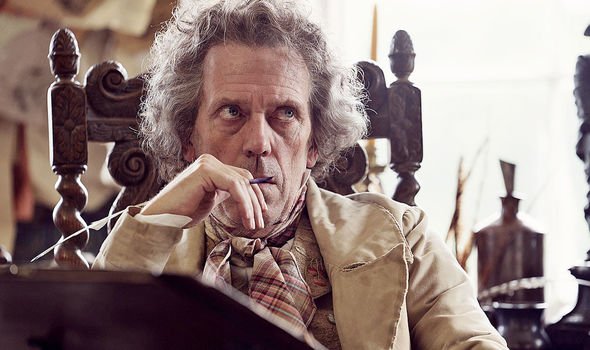 “I’ve been watching Armando Ianucci’s work for 20 years now. He’s such a talented and brilliant creator of shows that if he said to me, ‘We’re going to make a comedy set in a mediaeval monastery’, I’d probably say, ‘Yeah, that’s fine with me’, because he’s such a great executioner of ideas. I’ve now worked with him three times and I’ve enjoyed all those experiences very much.”

Hugh also recently co-starred with George Clooney on television’s Catch 22, and later this year will voice the part of The Grim Reaper in the new animated version of Oscar Wilde’s comedy The Canterville Ghost.

Other recent hit roles have seen him play a vice-president in Veep and arms dealer Richard Roper in the BBC’s John le Carré adaptation, The Night Manager. Not bad going for a man about to hit what in a ­different profession would be his retirement years – but then, he says, he naturally enjoys his work and always has.

“I think that one of the reasons that actors become actors is to some degree to escape the corporate hierarchy. We don’t want to answer to a direct boss, and by becoming an actor we really don’t have to. 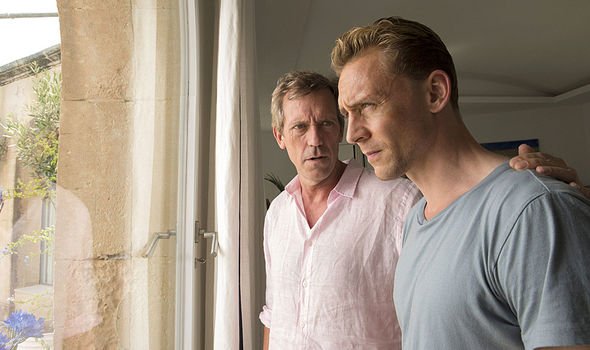 “OK, obviously you do have a boss in the form of the director, but I’ve certainly never been in the situation where someone has actually said, ‘Listen, I’m your boss and I’m telling you that you are taking your clothes off for this particular scene’, or whatever it might be. I think if anybody did try to do that to me, I’d just walk. Particularly if they told me to take my clothes off, if only for the audience’s sake because it’s not something anybody needs to see!”

As he has since the days of House, he divides his time between London and Los Angeles, but says, firmly, that he is, and will always remain, British at heart.

“I once had the most revealing experience of suddenly understanding the difference between the British and the American way of thought.

“I was walking on Venice Beach here in Los Angeles, and there was a man with a sandwich board – one of those signs you carry around, because everybody’s selling something there – that read, ‘You could do better than the partner you’re with’. At first I just thought it was unbelievable, but then I suddenly realised he was assuming most Americans would read that and think, ‘Hmm, yeah, maybe it’s time I traded up’.” 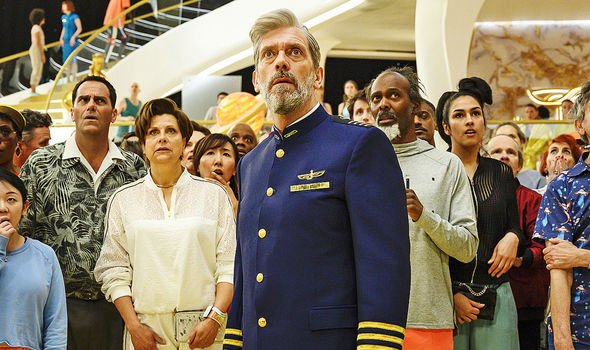 Smiling, he added: “Whereas I, as a Brit, was thinking, ‘Well, I don’t want my wife to see that, because I’m the partner she could be doing better than!’ It’s a totally opposite way of looking at the world, because we in Britain sort of grow up with the assumption, ‘I’d better put myself down first and save everyone else the trouble’ while Americans find that ­attitude baffling. They just don’t think that way.”

He adds that another British attitude that both he and his wife of 40 years, theatre administrator Jo Green, take with them wherever they go, is a hatred of waste.

“I cannot stand it!” he announces.

“Only this morning, this is going to sound like I’m complaining, but I went to do some interviews in a hotel room, and there were some pastries laid out on a plate I knew that nobody was going to touch all day long, and that at the end of the day they were going to be thrown out, and it drives me crazy.

“I inherited that from my mother, by the way. She was the first person I ever knew who recycled newspapers. When I was very young, she would go around the village ­collecting old newspapers and tie them up with string and take them to a recycling place for which she would get a pound or something, which she would give to charity. I remember people at the time thinking, ‘Are you mad? What are you doing with all those news­papers?’ 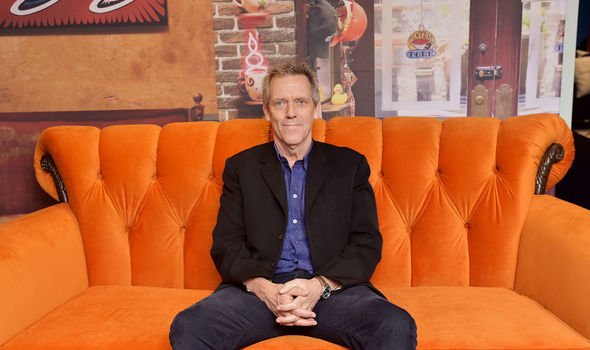 But that was what she did. We never wasted milk ­cartons, we never wasted food – every last scrap had to be eaten. At Christmas she would save all the wrapping paper and would fold it up for next year, and each piece of paper would do about nine Christmases. She would never buy stationery either – she’d write letters on the back of the gas bill.

My sisters still do that. I’ll get what looks like a gas bill from somewhere on the East Coast of America and I think, ‘Why am I getting a gas bill? Oh, it’s a letter from my sister.’ That’s our mother’s bequest to us.”

Hugh relaxes by reading PG Wodehouse, playing music – among his many other ­musical attributes he is a vocalist and keyboard player for the Los Angeles actors’ charity rock group Band From TV – and, when he needs to be alone, takes off for a spell on his motorcycle.

“I get anxious about being trapped in one place, and this offers me some freedom. And, well, I can’t imagine doing the same thing of anything that I’d like to do over and over again, but if I had to choose to do it, I think I’d go around the world on a motorcycle.”

He stops and narrows his eyes, looking thoughtful. “I could do that a dozen or so times, actually,” he concludes pensively.