Kim Kardashian and Kanye West reportedly aren’t seeing eye to eye when it comes to his presidential run. On July 4, West announced he would be running for office, and the controversial move has put the Kardashian-West family in the public eye more than ever. Now, a new report has revealed how Kim Kardashian reportedly feels about Kanye West’s presidential run, and it sounds like she’s having some seriously mixed feelings. Elite Daily reached out to reps of both stars for comment but didn’t hear back by time of publication.

The report came from People, who claimed to have spoken with a source close to Kim about Ye’s presidential aspirations. Apparently, Kim is dedicated to supporting her husband, but is not exactly thrilled about his presidential campaign.

“Kanye has made it clear that he will continue to run for president. Kim is not happy about it, but this isn’t her focus,” the source said. “She just wants to do what’s best for the kids. And she thinks finding a way to save her marriage is what’s best for them.”

Additionally, the source said Kardashian is stepping "back" to let her husband find his spot in the political sphere, while trying to be understanding about the situation.

"Kim continues to be incredibly patient and understanding about Kanye’s desire to run for president," the source said. "She just wants to get through the next few months peacefully. She is kind of standing back while Kanye does whatever makes him happy." 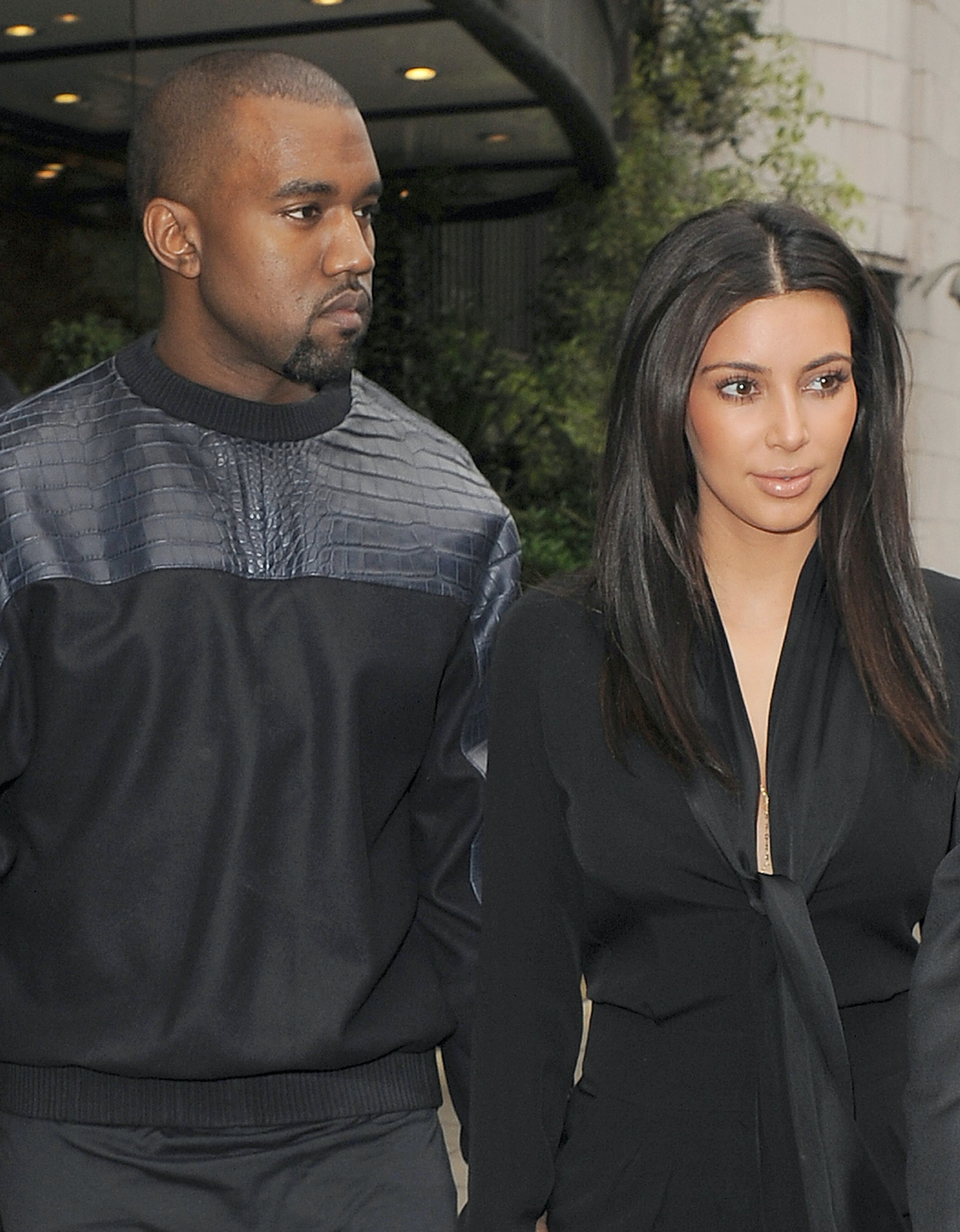 The report comes six weeks after Kardashian took to Instagram to defend her husband after he posted a series of erratic thoughts and deeply personal information about his family on Twitter throughout the summer.

“As many of you know, Kanye has bi-polar disorder," she wrote on her Instagram story on July 22. "Anyone who has this or has a loved one in their life who does, knows how incredibly complicated and painful it is to understand. I’ve never spoken publicly about how this has affected us at home because I am very protective of our children and Kanye’s right to privacy when it comes to his health. But today, I feel like I should comment on it because of the stigma and misconceptions about mental health."

“People who are unaware or far removed from this experience can be judgmental and not understand that the individual themselves have to engage in the process of getting help no matter how hard family and friends try,” she added. 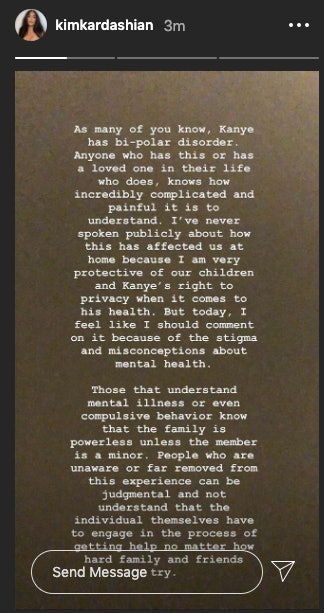 She may not support everything Kanye says or does, but it’s clear Kim’s got her husband’s back through thick and thin.