This day and age, there are way too many TV shows to possibly watch everything. As streaming services continue to pop up with libraries full of exciting new shows, it can feel pretty overwhelming to try to find the perfect series for you. If you’re looking for a new series to get lost in, here’s what TV show to watch, based on a popular series you already know and love.

Each year, tons of great new TV shows come out, but only a few become the buzzy hits that dominate conversations (or, more accurately, Twitter feeds). And once you’ve finished devouring all the available episodes of a show you’ve been loving, you’re left with that itch for more. Thankfully, there’s almost always an overlooked show that can give you the same vibe and keep your viewing marathon going. Whether you need some more dating drama in between new episodes of The Bachelor, or the long wait for another season of Euphoria has got you down, these recommendations will give you a similar series that you will love just as much… or, dare I say it, maybe even more.

Just find the show you can’t get enough of in the list below, and you’ll have a perfect new series to check out. 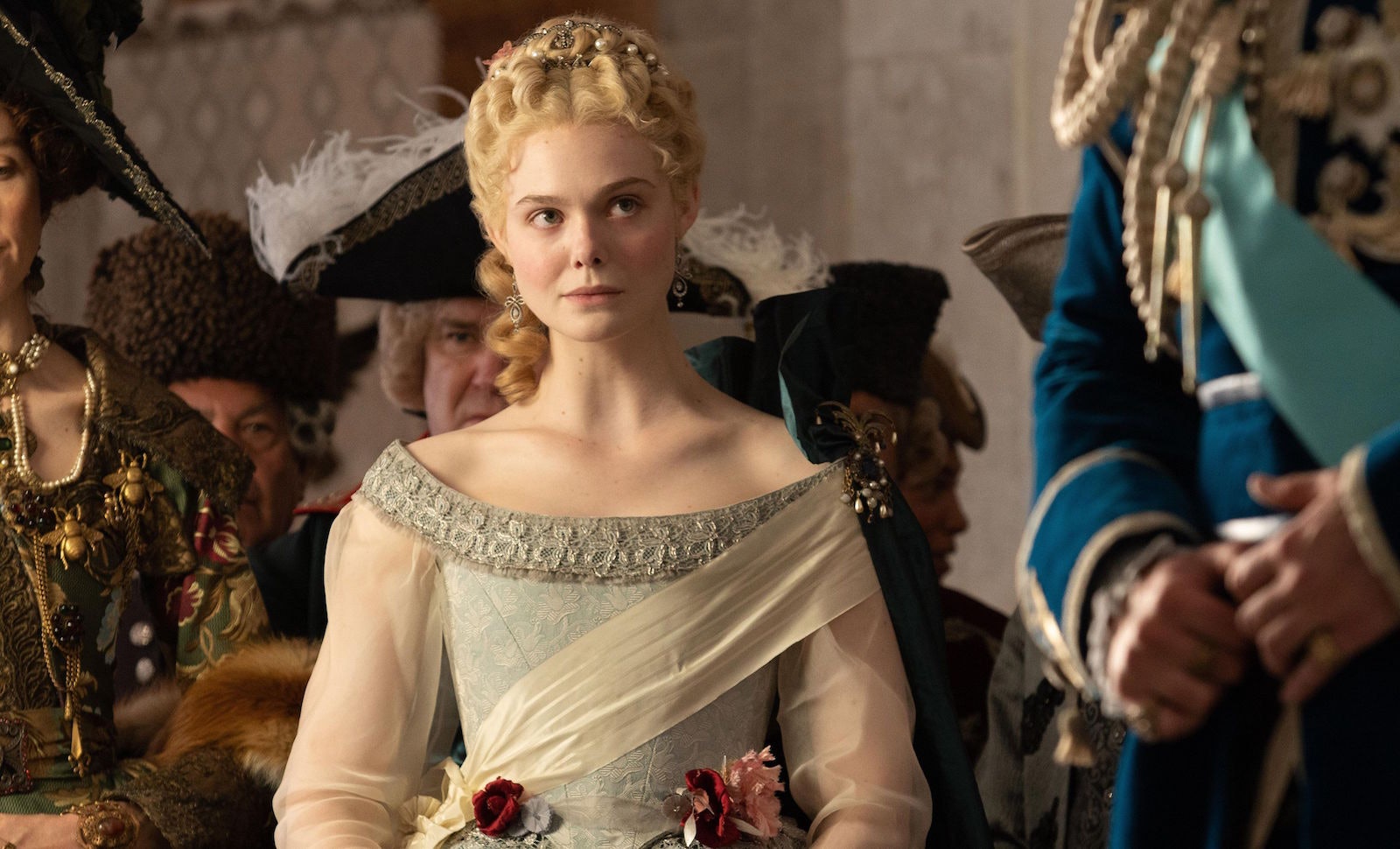 The societal scandal and decadent fashions of Bridgerton won everyone over at the end of 2020 and into 2021, but another series premiered a few months earlier that also put an irreverent, modern spin on a tale of royal intrigue. Much like Bridgerton, The Great is all about finding loopholes in an arranged marriage between high-born aristocrats. When Catherine realizes her new husband, the Russian czar Peter III, is a violent, indulgent man-child, she concocts a secret plan to take his power. Lady Whistledown would approve of all the scandal that ensues.

The Great is streaming on Hulu.

2. If you like The Bachelor, try Are You the One?

There’s no shortage of dating drama within Bachelor Nation, but if you’re looking for a new reality show to gawk at, MTV’s Are You the One? is a perfect pick. The series is filled with the messy hookup drama that Bachelor fans love, but it also employs a strategic twist, wherein each contestant has a predetermined "perfect match" among the rest of the group, and it’s up to all the daters to try to figure out who is supposed to be with who. As you can probably imagine, things get very dramatic very fast, especially in the show’s standout installment, Season 8, which features a cast of sexually fluid singles.

Are You the One?‘s first two seasons are steaming on Netflix. Every season is on MTV’s website.

If dark, murder-y teen dramas like Riverdale are your thing, then Control Z needs to be your next watch. The Netflix drama centers on a group of high schoolers whose lives get upended when an anonymous hacker begins revealing all their secrets. The dangerous, twisty hunt for this hacker’s identity will definitely remind Riverdale fans of all those fan theories about the Jason Blossom’s killer, the Black Hood, and the Gargoyle King, making it the perfect show to scratch that murder-mystery itch.

Control Z is streaming on Netflix.

Friends superfans have seen every episode of the ensemble sitcom dozens of times, and while rewatching your favorite episodes can be comforting, you might also like to give a similar show (one that you can’t quote by heart) a chance. Happy Endings has a very similar set-up as Friends: A group of six friends in their late 20s and early 30s navigate the highs and lows of their love lives, both within the friend group and outside of it. It’s packed with even more jokes and silly moments than Friends, so give it a watch next time you need to laugh.

Happy Endings is streaming on Hulu and Amazon Prime Video. 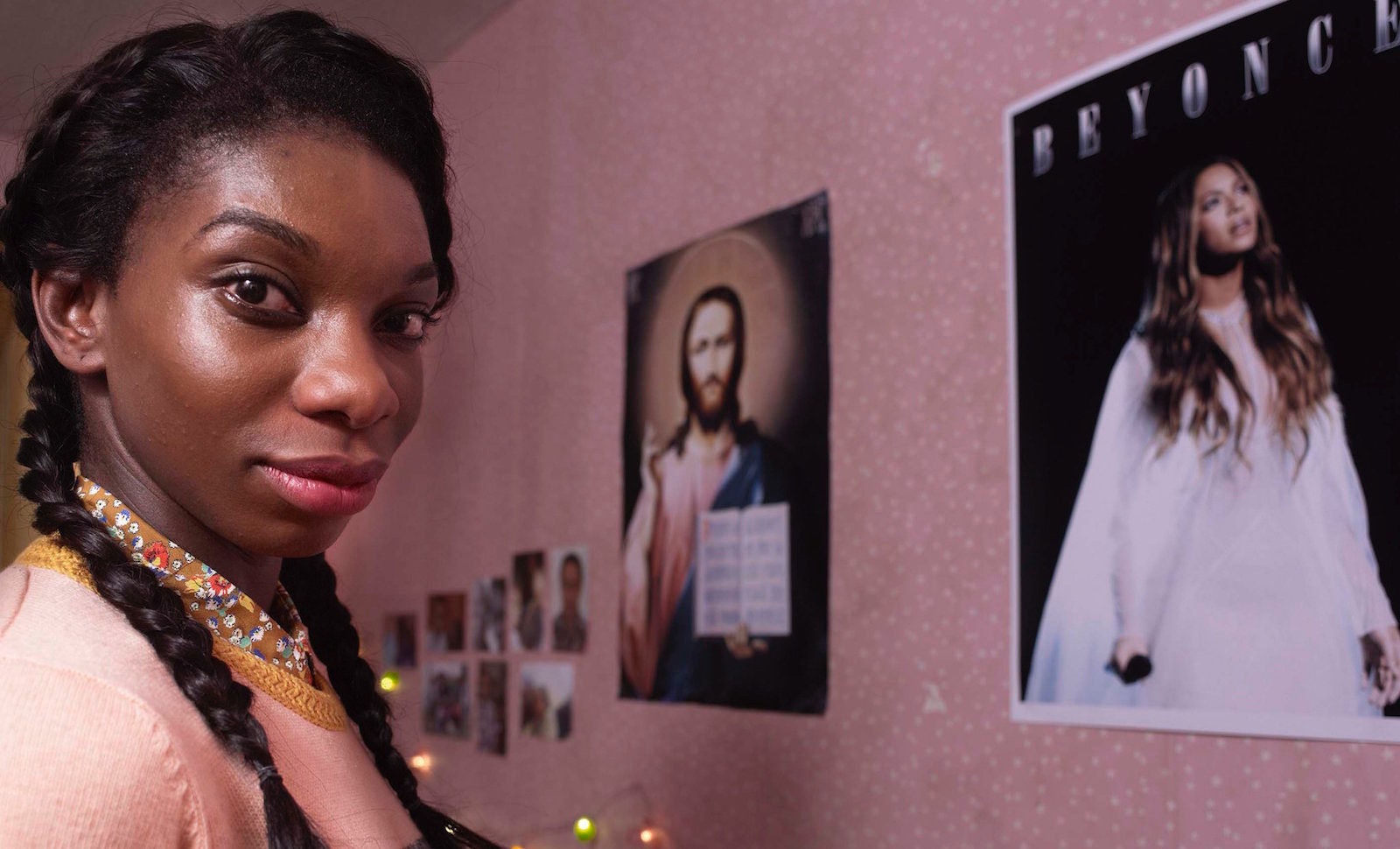 Issa Rae charmed her way to one of the most beloved comedy series as the creator and star of Insecure. The oftentimes awkward relationship drama on the show is undeniably captivating, but it doesn’t stand alone in its category. Enter, the hilarious sexual misadventures of Tracey Gordon. Chewing Gum was Michaela Coel’s first TV show, and it’s much lighter and sillier than her recent smash, HBO’s I May Destroy You.

Chewing Gum used to be available on Netflix, but it isn’t anymore. All its episodes are on E4’s website.

It’s not often you find yourself rooting for a serial killer, but You became a Netflix obsession by detailing Joe Goldberg’s twisted tales of love and murder. For a similar vibe, HBO’s Barry is all about a hitman who continually tries and fails to put his killing career behind him. With Bill Hader at the helm, Barry offers up more jokes than You does, but the dark, twisted tone of the series will feel very familiar to Joe Goldberg stans.

Barry is streaming on HBO Max.

7. If you like Parks and Recreation, try Ted Lasso

Somehow, Parks and Rec managed to make the topic of municipal government into a cheery, uplifting sitcom filled with hilarious characters, and Ted Lasso does the same thing with a British football league. Jason Sudeikis’ title character has the relentless optimism of Leslie Knope, even if he’s a total fish out of water as an American football coach leading what he soon finds out to be a premiere soccer team.

Euphoria welcomed viewers into a sprawling world full of characters dealing with some very intense struggles; it’s a soapy, twist-filled concept that Starz’s P-Valley also pulls off to great effect. Rather than set a high school, though, P-Valley centers on a Mississippi strip club called The Pynk, featuring the dramatic ups and downs of its employees and patrons. There’s tons of family drama, government conspiracies, secret romances, and a big central mystery that will keep you guessing up until the finale.

P-Valley is streaming on Starz’s website, or via the Starz add-on on Hulu and Amazon Prime Video.

If dysfunctional superheroes are your thing, Misfits is a great series to get into while you wait for a new season of The Umbrella Academy. The British series follows a group of juvenile delinquents who gain superpowers from a mysterious thunderstorm. Like The Umbrella Academy, Misfits is filled with wild twists, quick wit, and enough superpowered shenanigans to constantly surprise you.

Misfits is streaming on Hulu. 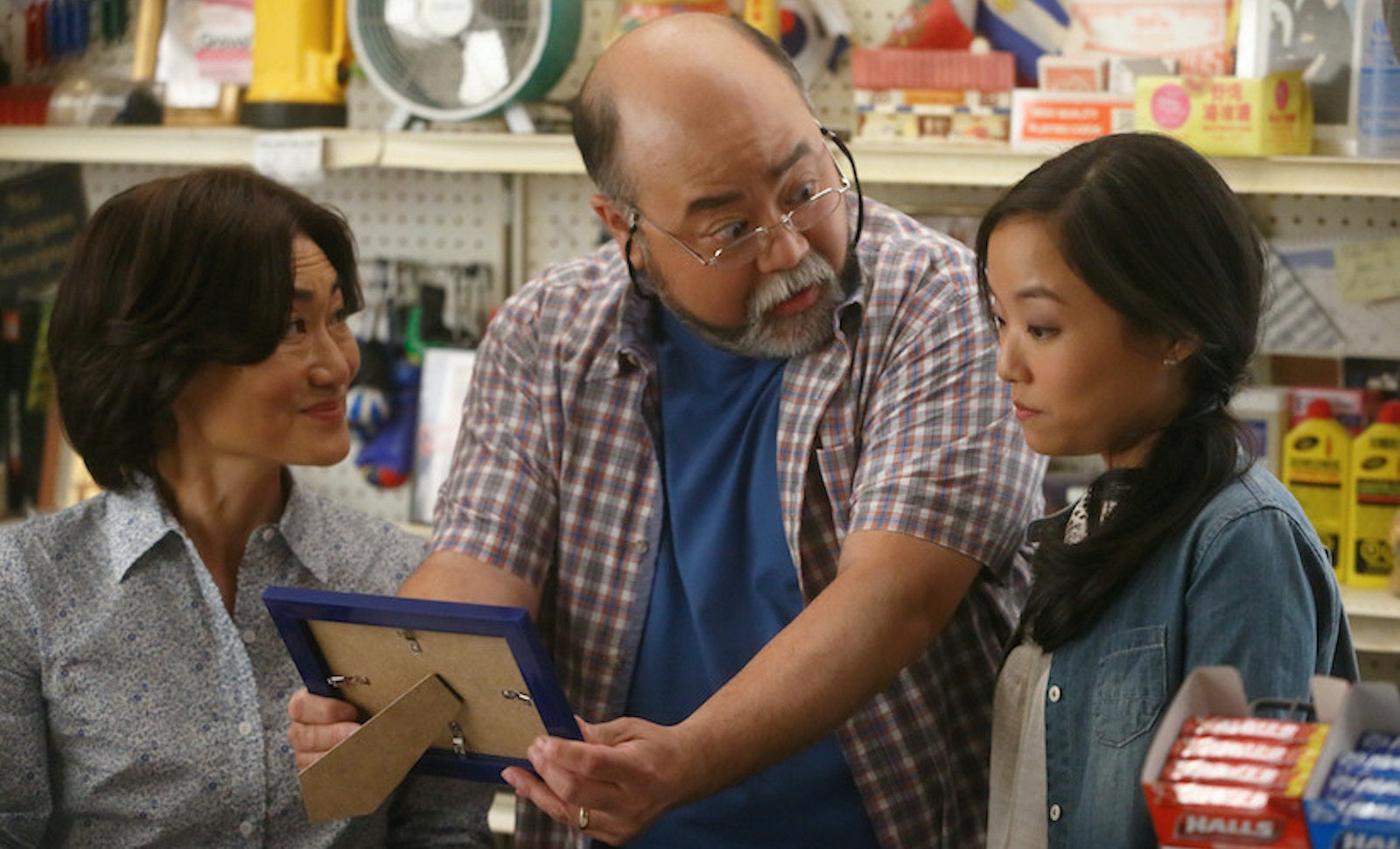 Schitt’s Creek was an undiscovered gem on Canada’s CBC before it blew up on Netflix, winning everyone over with its story of a formerly wealthy family trying to make small-town life work. Kim’s Convenience could very likely have that same glow-up, given that it’s a fellow CBC sitcom that is now available on Netflix. The show about a splintered family who run a convenience store has the same balance of laugh-out-loud jokes and touching, heartfelt moments that made Schitt’s Creek a success.

Kim’s Convenience is streaming on Netflix.

No show can come close to the ridiculously intense levels of high school drama of 13 Reasons Why, but Netflix’s Blood & Water sure comes close. The South African series is about a high schooler who believes one of her classmates is actually her long-lost sister, who had been abducted by a human trafficking ring shortly after her birth. It only gets wilder from there, making it the perfect twisty series for anyone who loved 13 Reasons Why‘s dramatics.

Blood & Water is streaming on Netflix.

Abbi and Ilana’s friendship was magnetic for fans of Broad City, and Tuca & Bertie replicates what made that bond so special. The animated series about a carefree toucan and her songbird bestie may not *look* like Broad City, but fans will understand the comparison right away the moment you see Tuca and Bertie interact for the first time.

Tuca & Bertie is streaming on Netflix.

Sex Education turned awkwardness around sexuality into a source of surprising comedy and devastating drama, just like its predecessor, Lovesick. Not only is Lovesick also a British dramedy about friends in a quaint UK town, but it also similarly centers on the uncomfortable aspects of sex. When Dylan contracts chlamydia, he attempts to contact all of his exes to inform them about the diagnosis, and the story of his love life unfolds for viewers in the process.

Lovesick is streaming on Netflix.

14. If you like Saturday Night Live, try A Black Lady Sketch Show

You don’t have to wait until Saturday night to get your sketch comedy fix. HBO’s A Black Lady Sketch Show is packed with some of the most hilarious scenes on television, ranging from relatable giggles to totally absurd premises. Comedians Robin Thede, Ashley Nicole Black, Gabrielle Dennis, and Quinta Brunson make every sketch memorably hilarious; plus, there are iconic guest stars like Angela Bassett, Issa Rae, and Patti LaBelle.

A Black Lady Sketch Show is streaming on HBO Max.

RuPaul’s Drag Race has been paying tribute to drag’s ballroom origins since it began, but Legendary offers up a fresh look at the ballroom stars of today. Eight houses — comprised of voguers, models, drag queens, and dancers — battle it out in various look and performance-based challenges to be crowned the winner. If you love Drag Race, Legendary is guaranteed to give you all the heated competition drama you crave.

Legendary is streaming on HBO Max.