Kourtney Kardashian and Travis Barker exercised their right to kiss anywhere last night, opting to have a little makeout session in front of photographers at the GQ‘s Men of the Year party in West Hollywood. Both matched in black. 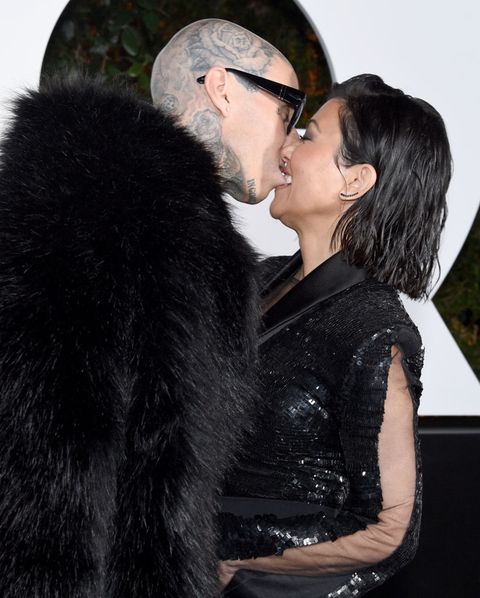 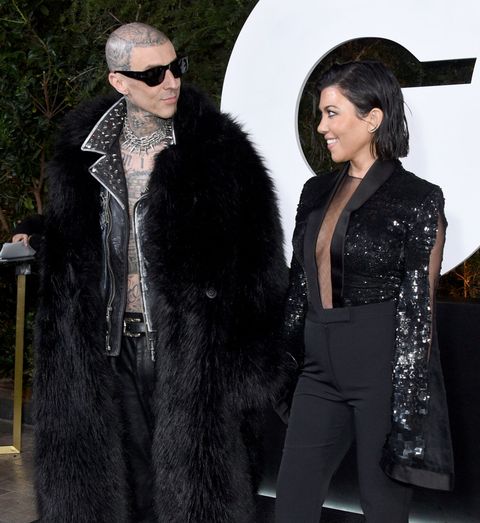 Their latest public kiss came just hours after Kardashian made headlines for explaining why the couple kisses with their tongues so often in public, including at industry events like the Met Gala’s red carpet.

She discussed it in a confessional on her family’s reality show The Kardashians, saying, per Entertainment Tonight: “I don’t want to get lipstick all over him and I don’t want to ruin my lipstick, but we also don’t want to not kiss, so we’ll kiss with our tongues.”

Kardashian spoke to ELLE.com earlier this year about why she doesn’t hesitate to show PDA with Barker. She explained she was just trying to live in the moment.

“I think that Travis looks at life in a really special way. Like no one that I’ve known, to where like it’s as if nobody exists,” Kourtney said, adding that the kissing in public helps her stay more present-rooted. “I can get more shy, but like, it’s helped me so much to be present and pretend like no one else is there. And we’ll be like just in the room with people and they’ll say, my mom does it all the time, she’ll be like, ‘Can you guys just gimme a second? Like, can you just stop for one second and talk to me?’ But it’s a really cool thing. And it really helps me stay in the present and like focus on what’s important.”