This season, The Handmaid’s Tale has pushed to expand its horizons beyond the confines of Offred’s little room and the prison of the Waterford mansion. By putting June on Gilead’s version of The Underground Railroad to freedom, the series gets to explore new locations as well as new memories which surface as June visits them. One of those leads directly to this season’s theme of motherhood, as a pregnant June looks back and remembers her mother. So, who is June’s mother in The Handmaid’s Tale, and what’s her story? Warning: Spoilers for The Handmaid’s Tale Season 2 follow.

One of the more startling images of the June memories so far this season is how feminine her day-to-day outfits were. In Season 1 there weren’t many flashbacks and those viewers saw either had June in shorts jogging, in coats because it was cold or on dates wearing jeans. In his memories of June, Luke always seemed to picture her dressed super casually.

But this year, in the memories June flashes back to, she always seems to be dressed for the office in work clothes, and those clothes are always surprisingly feminine, her hair worn down and long, short flirty skirts and very high heels. For instance, the outfit she’s wearing the day the attack on Congress goes down shows a ton of skin. It’s a heightened contrast to her dowdy outfits in Gilead’s present. But it’s also a contrast to her mother. 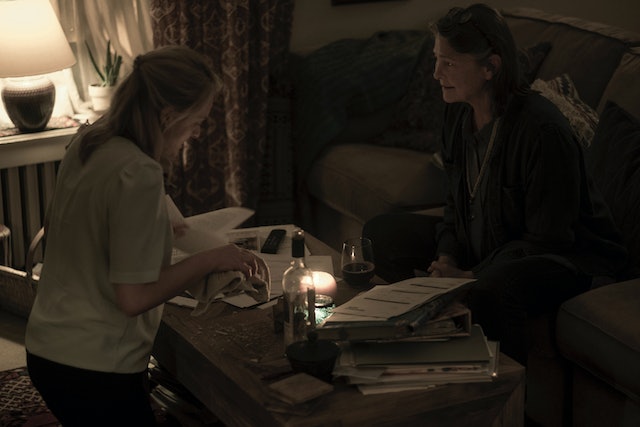 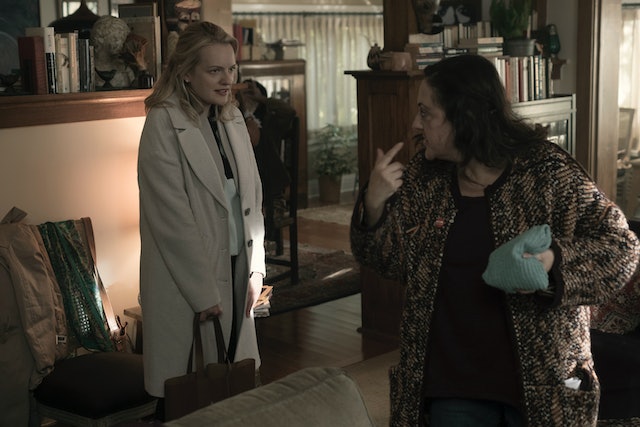 One might even say June is a proto Third-Wave-Feminist from her arguments with her mother’s friends. She chose to get married, have kids, and to dress pretty, she’s just as feminist as they are. But in truth, June admits she just wasn’t thinking very hard about it. It didn’t register her rights would ever be rolled back until it was too late. It was attitudes like hers that made Gilead possible.

By then, her mother’s protests against the state had put her out as part of the first wave sent to the Colonies. The last image June sees of her mother is in a video at the Red Center, dying of radiation poisoning in a propaganda video. But the memory of her mother’s legacy stirs June to action. her mother never waited for a man to come rescue her. Now it’s June’s turn to do the same.