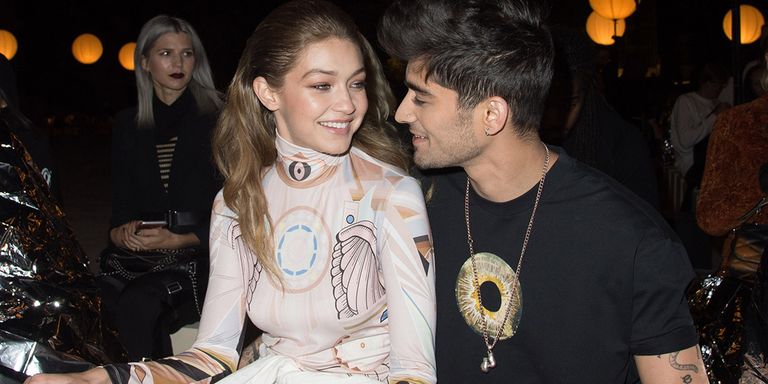 It’s been over a month since Gigi Hadid and Zayn announced their heartbreaking split, but recent clues seem to hint that they’re back on. The biggest piece of surmounting evidence? They were spotted kissing in New York City yesterday.

There’s photo evidence of the couple locking lips on a SoHo sidewalk—in images obtained by Daily Mail and TMZ—and the PDA is most definitely legit. In addition to smooching, the couple was also seen strolling through the neighborhood during yesterday’s casual get-together.

This is just the latest (and most telling) hint that Hadid, 23, and Malik, 25, are rekindling their romance. Over a week ago, the former One Directioner was seen entering the model’s apartment building and was spotted wearing the same clothes when he left the next day.

After their split, it was also announced that Malik also just bought a new penthouse in SoHo, less than a mile away from Gigi’s pad in NoHo.

The singer even dropped hints of still being in love with Hadid with his new single, “Let Me,” which he wrote seven or eight months ago (while he and the model were still very much together).

“I was in love—and I think that’s pretty evident,” Malik told Ryan Seacrest in an interview, alluding to his longtime girlfriend. “And yeah, I was aspiring to be in love with someone for the rest of my life and the rest of theirs, as we all do. And things change and we move forward in life. Times change, but yeah, that’s what I was thinking when I wrote it.”

Gigi and Zayn first announced their separation on March 13, after two years together.