Gerry Marsden was an English musician who was best known for being the leading light behind the band Gerry and the Pacemakers.

Sadly news of the singing sensation’s death was announced on January 3, 2020, and tributes have been pouring in.

He was 78 when he died, and he had suffered from an infection in his heart.

The Liverpool-born singer became interested in music from a young age, and his band had hits with How Do You Do It and You’ll Never Walk Alone.

After leaving the Pacemakers, he went on to have a television career and also starred in West End productions.

Liverpool radio presenter Pete Price paid tribute to his friend, saying: “It’s with a very heavy heart after speaking to the family that I have to tell you the Legendary Gerry Marsden MBE after a short illness which was an infection in his heart has sadly passed away. Sending all the love in the world to Pauline and his family. “You’ll Never Walk Alone”.”

Other tributes have been paid to the star on social media, with Liverpool FC saying on Twitter: “It is with such great sadness that we hear of Gerry Marsden’s passing. Gerry’s words will live on forever with us. You’ll Never Walk Alone.”

The news Twitter account for the football club said: “Thank you for everything Gerry Marsden. We can’t wait until #LFC fans can sing at Anfield again for you.” 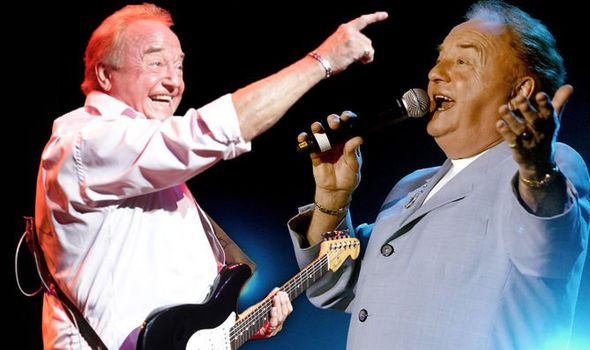