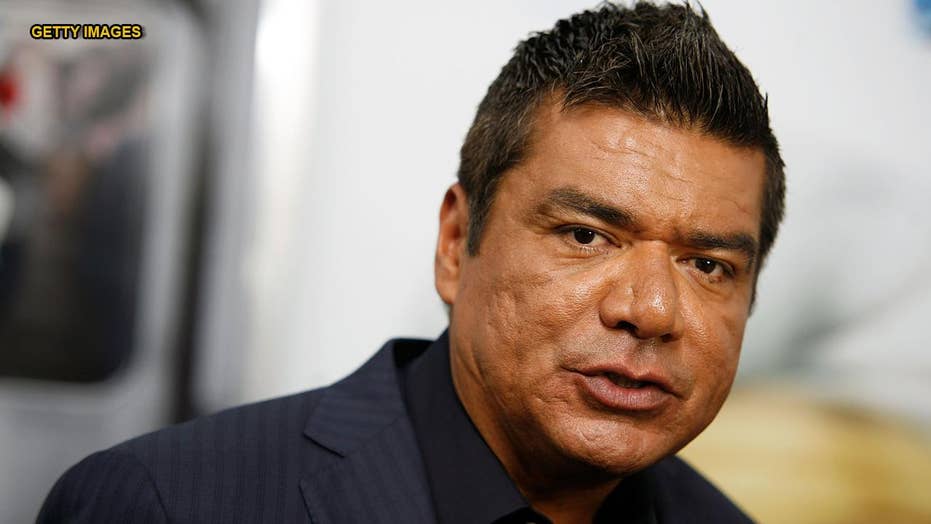 George Lopez gets physical with Trump supporter at Hooters

Comedian George Lopez got into a physical altercation with a man that was reportedly harassing him with pro-Trump rhetoric at a Hooters in New Mexico.

George Lopez has been charged over an altercation with a man who reportedly harassed him with pro-Trump rhetoric at a Hooters in New Mexico.

Law enforcement sources confirmed to Fox News that the actor and comedian was charged with misdemeanor battery over a clash that's said to have occurred after he allegedly tried to fight the man who attempted to film him while in a Las Cruces Hooters.

Reps for Lopez did not immediately return Fox News' request for comment.

The incident reportedly took place back in October when the actor was in Las Cruces filming a faith-based movie, “Walking with Herb."

TMZ obtained footage of an unidentified man who started hectoring Lopez with comments about his politics and yelling, “MAGA.”

CLICK HERE TO WATCH THE VIDEO OF LOPEZ'S FIGHT

At the beginning of the video, the man appears to be waiting for Lopez as the star enters the restaurant. The man can be heard saying, “Here comes my boy, George."

As Lopez approaches he notices the man and appears to waste no time getting physical. The 57-year-old then allegedly snatches the phone out of the man's hand and grabs him.

Following the incident, the unidentified man spoke to TMZ and said the altercation started when he went up to Lopez to ask for a photo. He claimed Lopez then grabbed his phone, but eventually gave it back. As a result, the individual, who noted he was a Democrat, claimed he wanted to ease the situation — so he said, "On the count of 3, say, 'Make America Great Again'" as a joke.

The comedian has been very vocal in the past about his distaste for the president and his administration. Recently, he filmed a video in which he used a water bottle to simulate urinating on Trump’s Hollywood Walk of Fame star. Last year, he reportedly was booed off the stage at a charity event for his continued jokes about the president.