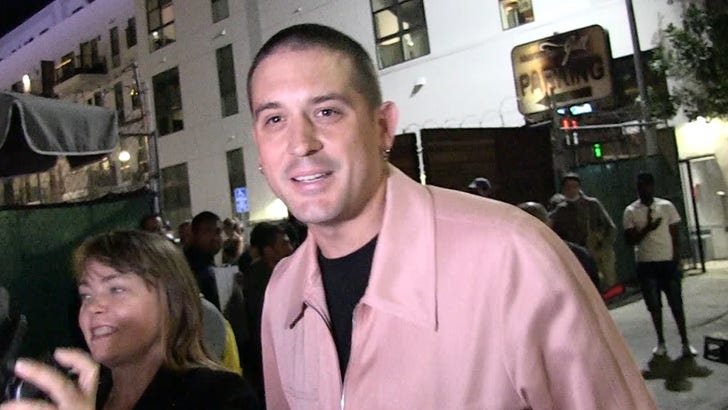 Cancel the rest of the NBA season … Warriors superfan G-Eazy thinks it’s a foregone conclusion his Golden State squad will win the championship this year, despite its recent struggles.

TMZ Sports spoke with Gerald as he was leaving Musso & Frank in L.A. this week … and the dude was as confident as ever in his beloved Warriors, even though they’ve been stumbling as of late.

“We’ll be all right, man,” said G-Eazy, who’s been a die-hard Dubs supporter for years. “We’re still going all the way.”

Of course, a lot of NBA pundits might disagree … the Warriors, after all, are just 7-12 since early February, and Steph Curry is currently out with a foot injury.

But, G-Eazy, who’s written a bunch of songs in honor of the Warriors, still believes in his guys.

The Warriors got off to a red-hot start this season … but injuries to members of their Big Three — Klay Thompson, Draymond Green and Steph — have put their championship hopes in question.

Golden State, though, still remains one of the top teams in the Western Conference and the entire league — and, clearly, G-Eazy thinks it’ll stay that way until the final whistle of this year.