Fifth Harmony star Normani is rumoured to be joining Little Mix on a new single after Jesy Nelson's left the group for good late last year.

Jesy, 29, confirmed in a statement that she was leaving the band for good in December to focus on her mental health after taking a step back from the group weeks before.

Now, rumours have surfaced that a new singer could be joining the remaining Little Mix singers since Jesy stepped away. After suggestions swirled on Twitter in recent days, one music account seemed to suggest that Fifth Harmony singer Normani could join the girls for their next single to sing the parts that were originally intended for Jesy Nelson. 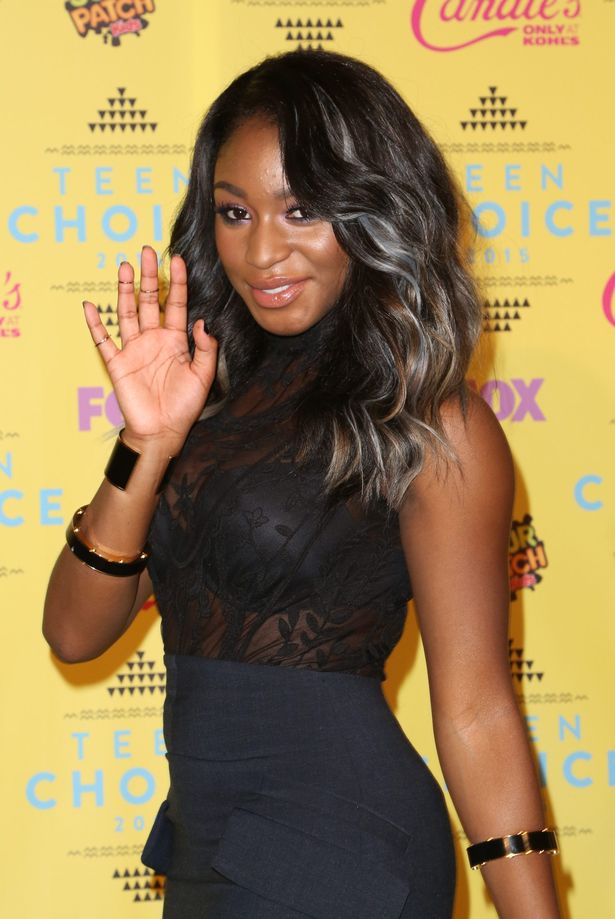 Get exclusi ve celebrity stories and fabulous photoshoots straight to your inbox with OK!'s daily newsletter. You can sign up at the top of the page.

The tweet, which has not been confirmed, said: “Prior to rumours, it is believed that former fifth harmony member Normani Kordei has been asked to guest feature on the next @LittleMix single. The song will be from the #Confetti album. It is not known if she will have new verses or perform Jesy Nelsons parts! #LittleMix.”

Fans commented on the tweet with trepidation as to whether the rumours are true, with one saying: “okay ummmm I don’t how to feel about this(coming from 5h fan) but i’m kinda excited if…. if it’s true.”

Another wrote: “Really??? We need THIS.”

Normani, 24, whose full name is Normani Kordei Hamilton, found fame on the American version of The X Factor in 2012.

After auditioning as a solo artist, she was placed in a group of girls. The successful band went on to have successful singles before parting ways in 2015. As a solo artist, Normani has had hit singles with Khalid and even competed on Dancing With The Stars in 2017.

After Jesy announced her decision to leave the successful girl group last year, her band mates were supportive.

In a statement, they said: “After an amazing 9 years together Jesy has made the decision to leave Little Mix. This is an incredibly sad time for all of us but we are fully supportive of Jesy.

“We love her very much and agree that it is so important that she does what is right for her mental health and well-being. We are still very much enjoying our Little Mix journey and the 3 of us are not ready for it to be over.

“We know that Jesy leaving the group is going to be really upsetting news for our fans. We love you guys so much and are so grateful for your loyalty and continued support of all of us.