Felicity Huffman, 56, has said she will plead guilty to charges she cheated to acquire places for her daughter at elite universities. The US actress is one of 14 people expected to plead guilty among the 50 charged in the college cheating scam. The Desperate Housewives legend is accused of paying $15,000 (£11,500) to have her daughter’s exam questions covertly corrected in 2017.

What did Felicity Huffman say?

On Monday, April 8, Felicity Huffman issued a statement, saying she will plead guilty to the charges brought against her.

Ms Huffman said: “I am pleading guilty to the charge brought against me by the United States Attorney’s Office.

“I am in full acceptance of my guilt, and with deep regret and shame over what I have done, I accept full responsibility for my actions and will accept the consequences that stem from those actions. 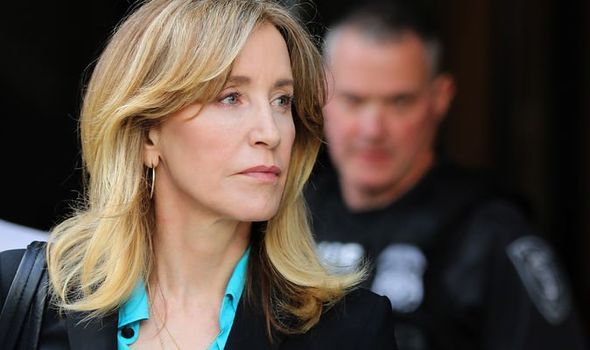 “I am ashamed of the pain I have caused my daughter, my family, my friends, my colleagues and the educational community.

“My daughter knew absolutely nothing about my actions, and in my misguided and profoundly wrong way, I have betrayed her.

“This transgression toward her and the public I will carry for the rest of my life.

“My desire to help my daughter is no excuse to break the law or engage in dishonesty.” 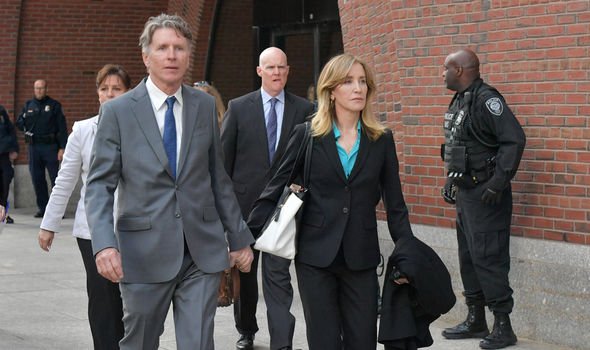 According to ABC News, Ms Huffman could be facing jail as part of her plea deal.

Prosecutors said on Monday they have agreed to recommend a prison term at the “low end” of the four to 10 months she faces under federal sentencing guidelines in the US. 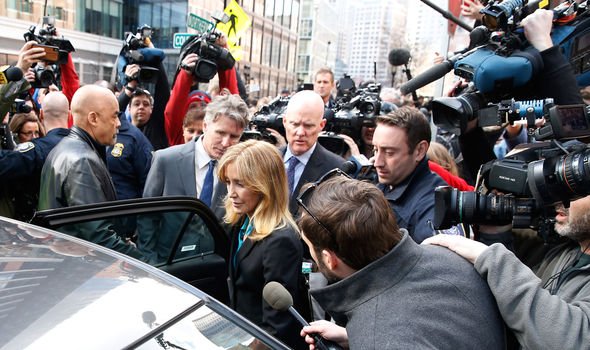 US authorities said the scandal was overseen by California college admissions consultant William Singer, who has pleaded guilty to facilitating the cheating scam.

Prosecutors said Ms Huffman, made the $15,000 (£11,500) contribution to Mr Singer’s foundation in exchange for having one of his associates secretly correct her daughter’s answers on a college entrance exam at a test centre Singer controlled.

Ms Huffman and another Hollywood actress, Lori Loughlin, are the most high-profile figures indicted, but others charged include prominent business executives.

Ms Loughlin is accused along with her husband of paying nearly $500,000 (£382,500) in bribes to get their two daughters admitted to the University of Southern California.