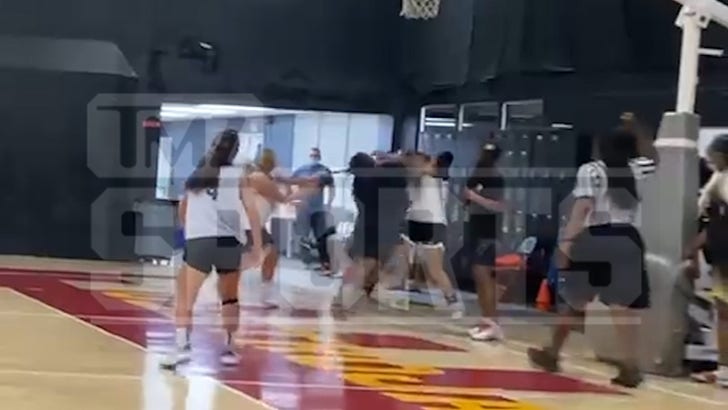 The violent altercation went down in mid-September in Del Amo, Calif. — just two months before she sucker punched a girl during a youth basketball game near Anaheim last weekend.

In the footage, you can see the teenager was jockeying with another girl to try to gain position inside the key … when she suddenly snapped.

Video shows Benjamin’s daughter threw several punches at the girl — before sprinting toward another girl on the court and throwing even more haymakers.

We’re told officials later hit her with an indefinite ban from the venue over the altercation.

You’ll recall, Benjamin’s daughter was hit with a similar punishment following her actions during a game this past Saturday.

In that incident, the girl laid out her opponent after she felt she was fouled on a jump shot. The mother of the teenager who was punched tells us she has filed a criminal report against Benjamin’s daughter over it all. 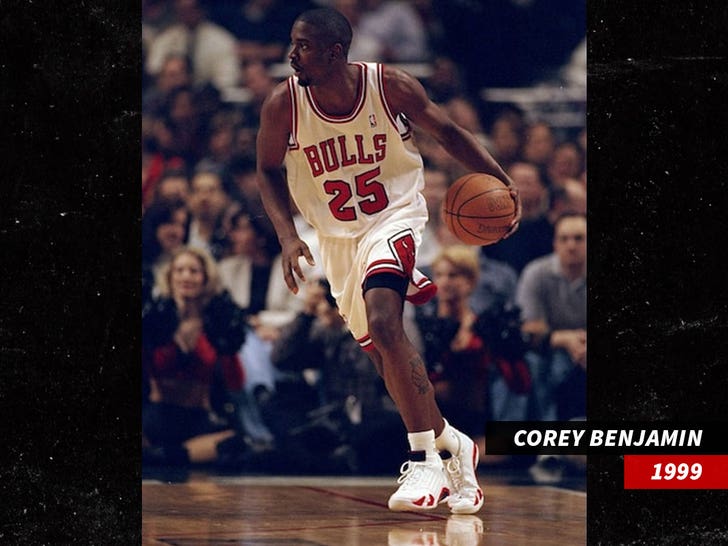 Benjamin has issued an apology over his daughter’s actions, telling NBC L.A. this week, “As a father, I’m shocked and disappointed at my daughter’s behavior as this is not a reflection of the values and standards that my family holds. Nor does it exemplify the values, character and spirit of sportsmanship that the game of basketball requires.”

“My daughter made a mistake,” Benjamin continued. “One that she will need to make right. I am committed to getting my daughter any help she may need and support her in taking accountability for her conduct.”