It’s no secret teenagers will do almost anything for social media fame — but now over a dozen could be headed to jail after taking part in TikTok’s latest prank trend!

According to reports from across the country, 13 students currently face charges related to the popular “Devious Lick” challenge, also known as “Diabolical Licks” or “Dastardly Licks,” which encourages kids to steal and/or damage school property and then post video proof to the app.

The trend was named after the Urban Dictionary definition for “lick” which is described as a “successful type of theft which results in an acceptable, impressive and rewarding payday for the protagonist.” But… That’s not exactly what’s happening on high school campuses!

According to the Stafford County Sheriff’s Office in Virginia on Friday, a student “is facing criminal charges after vandalizing a park bathroom.” The report published to Facebook detailed that authorities were called to Chichester Park, located next to Stafford High School in Fredericksburg, when six students ditched school during their lunch break to damage a public bathroom.

Only one of the students was charged with a crime, for allegedly ripping a soap dispenser from the wall and damaging the door while kicking it (as seen below). The other five students are off the hook when it comes to criminal troubles, though they’ll still face consequences for leaving school while class was in session. Cops begged readers to address the difference between pranks and CRIME with their kids:

“Again, we encourage parents to talk to their teens about social media and the seriousness of vandalism to school property.”

Photos of the damage were also shared to express how serious these pranks have become. See them here: 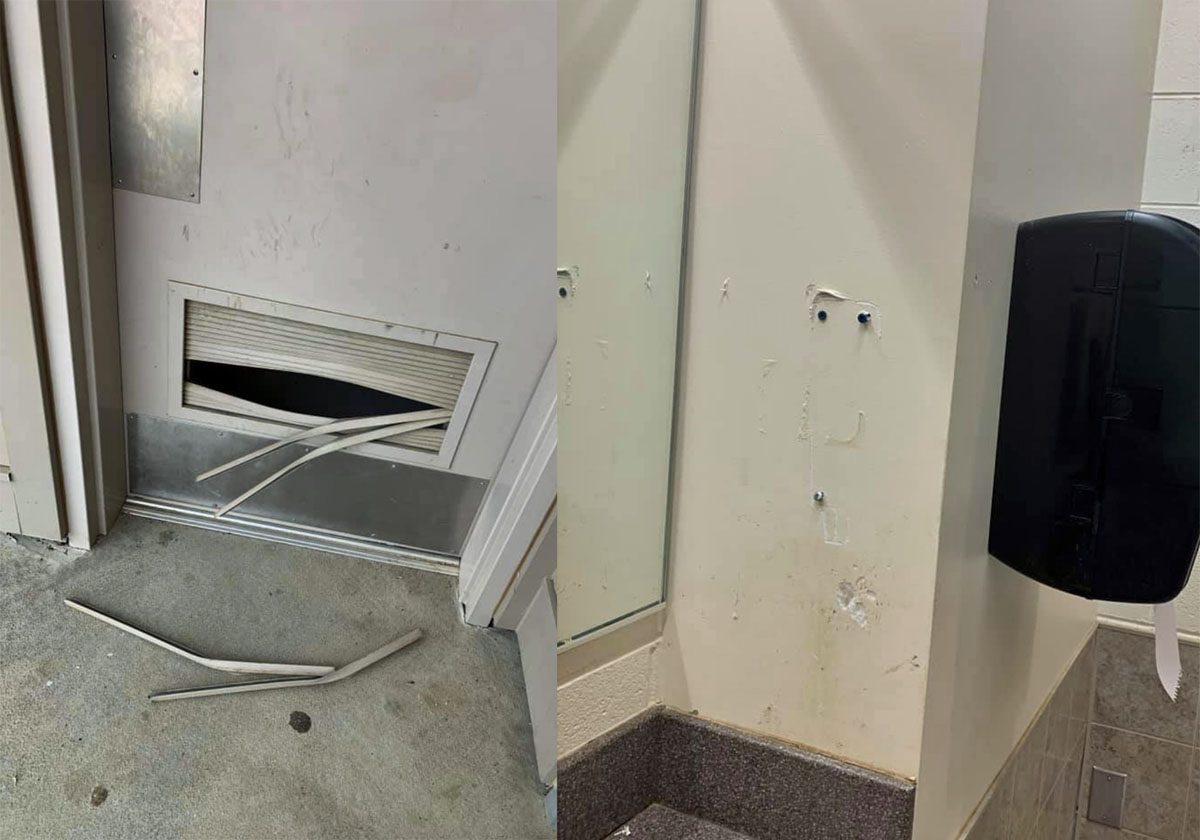 Innerestingly, these Stafford students weren’t the only ones who found themselves in a sticky situation on Friday. Across the country in Arizona, the Bullhead City Police Department announced they arrested a 15-year-old for stealing a toilet paper dispenser from their school.

ALSO, in Kentucky, the Boone County Sheriff’s Office charged eight students from around the district for offenses related to the TikTok trend. Yikes! These arrests included four vandalism charges and four theft charges, according to The Cincinnati Enquirer. In Florida, the Polk County Sheriff’s Office also arrested another three teens, as CBS Tampa Bay reported.

Damn… That’s a lot of kids facing serious legal trouble all for stealing junk like toilet paper and soap dispensers?? Who thought that would be a good way to get an “impressive and rewarding payday”?? It doesn’t even seem that funny, TBH. While law enforcement doesn’t want to “ruin” these kids’ lives, they are taking matters very seriously too. Alicia Manautou, a spokesperson for the Polk County officials, shared with the outlet:

“When you participate in something that’s damaging school property that taxpayers have paid for, then you’ve crossed that line and gone into a criminal act. It could cause them to be removed from band or any other extracurricular activities they have. It could also potentially impact their ability to get a job.”

Wow!! Bet they didn’t think about that! On Thursday, the same police department wrote:

“Social media challenges are almost always a bad idea – people get hurt, people break the law, and those people end up going to the hospital or jail.”

And they even added an extra incentive for teens to stay on their best behavior (though something tells us this isn’t going to convince one of these rebellious high schoolers…):

“There’s only 100 days left until Christmas. Parents – remind your kids that Santa is watching (and so is Uncle Grady). We will not tolerate this criminal activity in our schools. Let’s learn from others what NOT to do. Be safe, everyone.”

So far, the potential threat of receiving coal in their stockings next Christmas hasn’t slowed down the trend.

Erin Maloney, a spokesperson for Hillsborough County Schools, admitted their Tampa-based campuses have dealt with “about 15 to 20 cases of vandalism within our schools” in the last two weeks, explaining:

“We can attribute it to that TikTok trend. Kids look at social media and they see their friends doing things and they think it’s funny but it’s serious, you can get in trouble.”

She also shared a passion for educating versus arresting students, adding:

“We really don’t want to ruin a kid’s life over what they perceive to be a prank. Our goal is to really educate them and let them know they are making bad choices and while this may seem like it’s funny because your friends might be doing it online, vandalism is serious and we are going to treat it that way.”

Given all the controversy, TikTokers can no longer search for “Devious Licks” on the app. Instead, users will be met with an error message that reads:

“No results found. This phrase may be associated with behavior or content that violates our guidelines. Promoting a safe and positive experience is TikTok’s top priority.”

This change was put in place last week after a spokesperson told People the company removed the content because it promoted discouraging behavior that “promotes or enables criminal activities.” Unfortunately, the damage seems to be done already…

You know what? Just encourage your kids to do that Grace Kelly Challenge instead! It’s good enough for Ryan Reynolds… 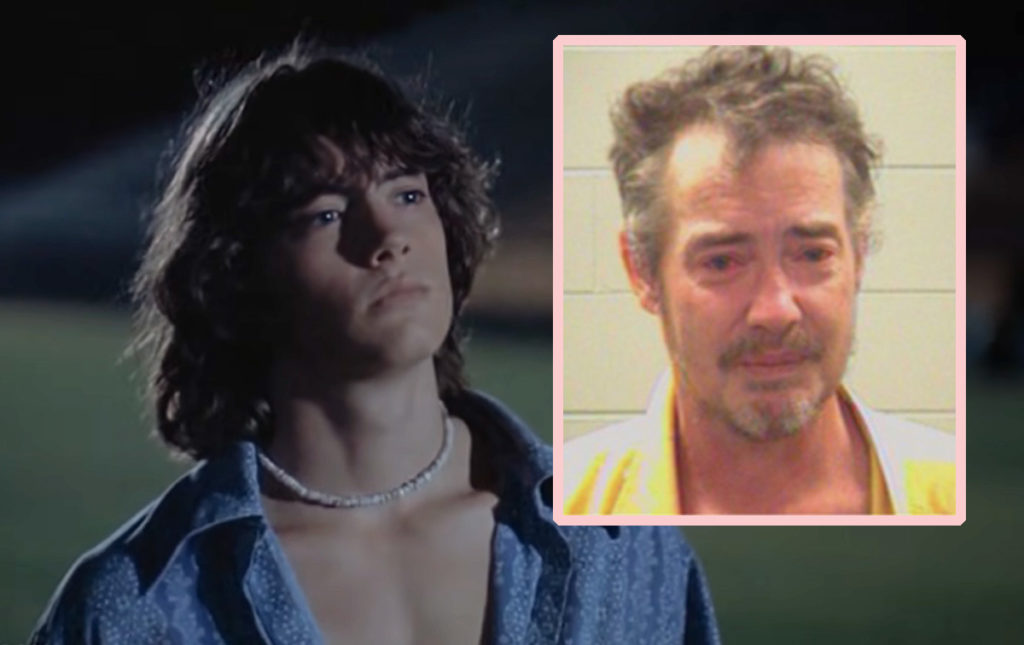 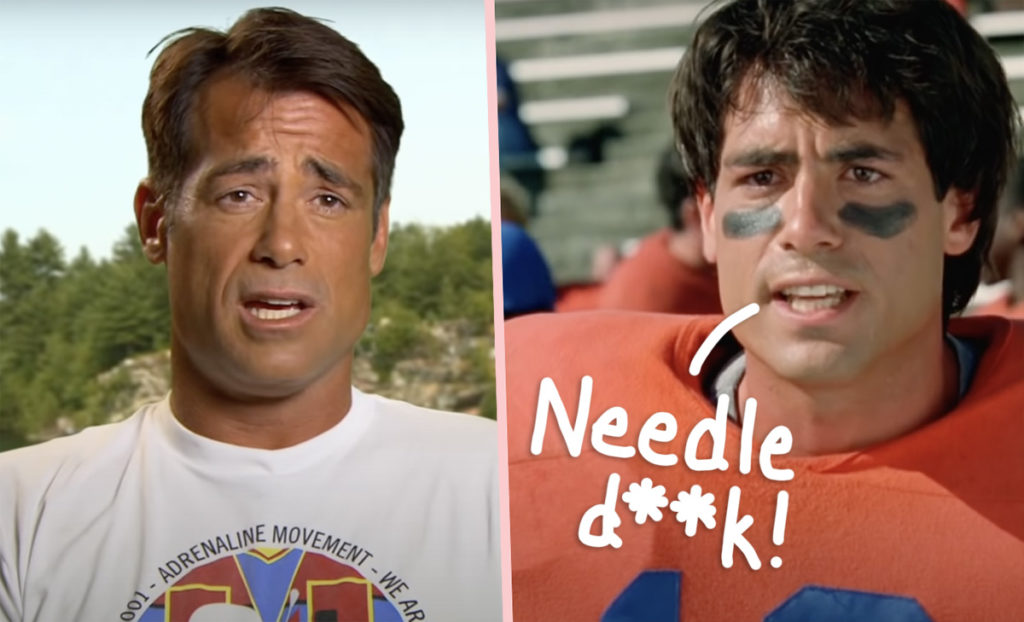 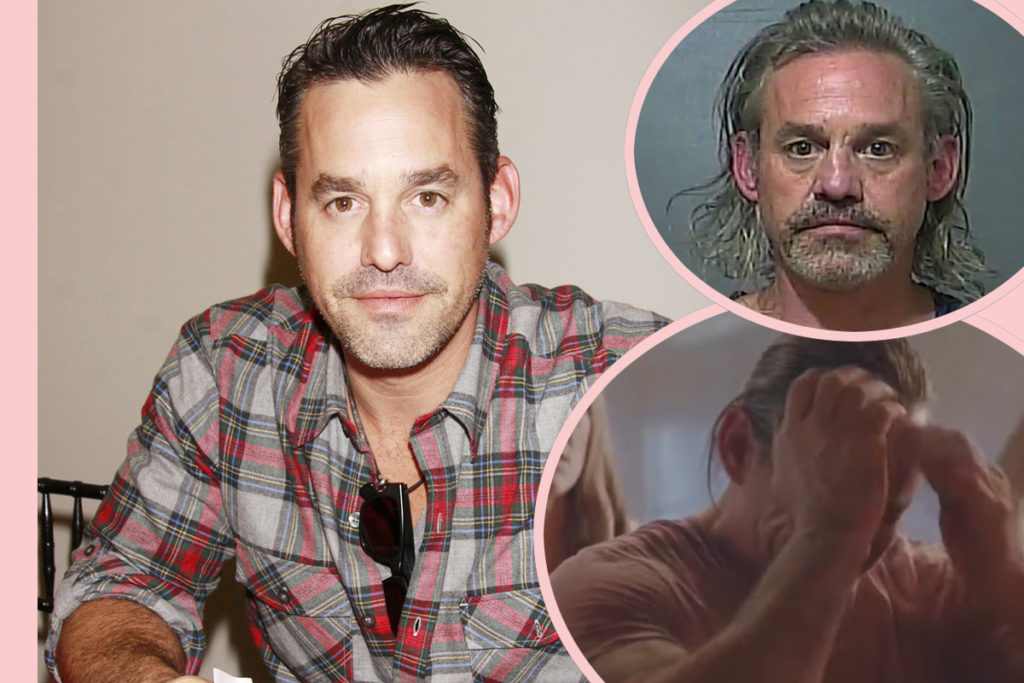 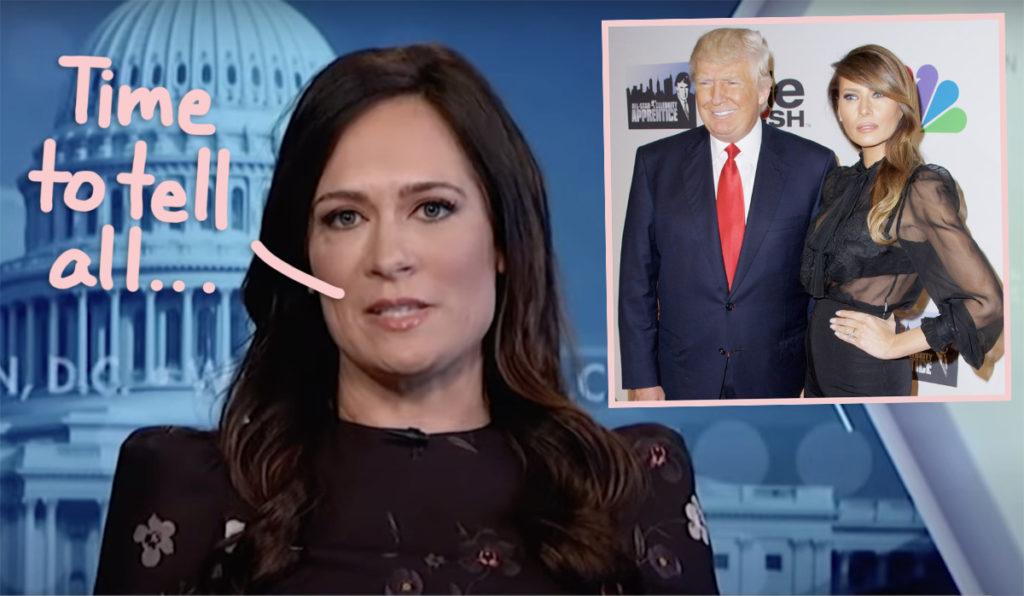