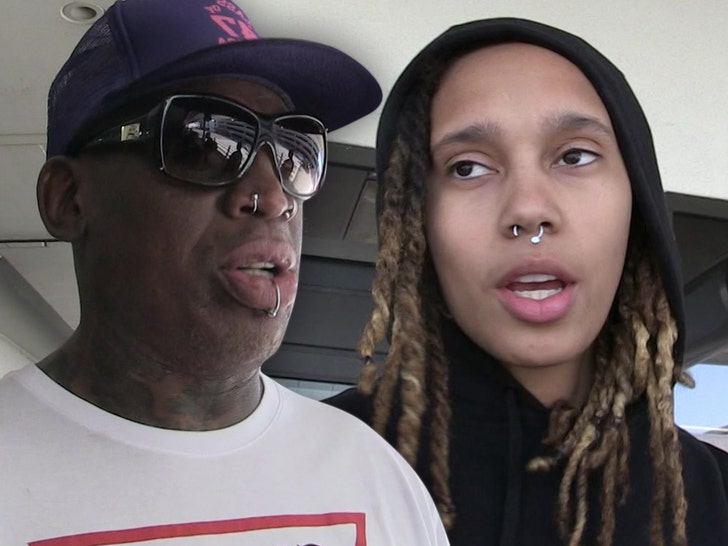 Dennis Rodman won’t be getting involved in the Brittney Griner case after all — the Hall of Famer has reportedly decided not to travel to Russia … after the U.S. government strongly advised against his plans.

Rodman claimed earlier this week he had permission to go to Russia to try to get Griner — who was sentenced to 9 years in prison earlier this month — back on U.S. soil … saying he knew president Vladimir Putin “too well.”

It’s no secret — Rodman is well-connected overseas … especially with North Korean Supreme Leader Kim Jong-Un, so the ex-Bulls great was trying to see how much international pull he really had.

But, the folks at the White House made it clear if the Worm planned to go, he would not have D.C.’s blessing … with State Department spokesperson Ned Price saying, “He would not be traveling on behalf of the U.S. government.”

In fact, the government felt Rodman’s involvement might mess up the U.S.’s current negotiations with Russia to get Griner out … so ultimately, the hooper decided to take a back seat.

Griner has been behind bars since she was arrested for having cannabis oil in her luggage at the airport. The U.S. has remained adamant she’s being wrongfully detained.