Demi Lovato is focusing on herself and her happiness. It’s been almost two months since the “I Love Me” singer and ex-fiancé Max Ehrich called things off. And in an Instagram Story on Friday night, Lovato shared what the “best part” about being single has been for her.

“The best part about being single is knowing that my happiness is coming from no other person than myself,” Lovato, 28, wrote, adding a pink heart emoji.

Lovato started dating Ehrich back in March at the start of the pandemic, and he popped the question in a beach proposal in July. Two months later they split. The Young and the Restless actor claimed at the time that he found out his relationship was over from a tabloid report. 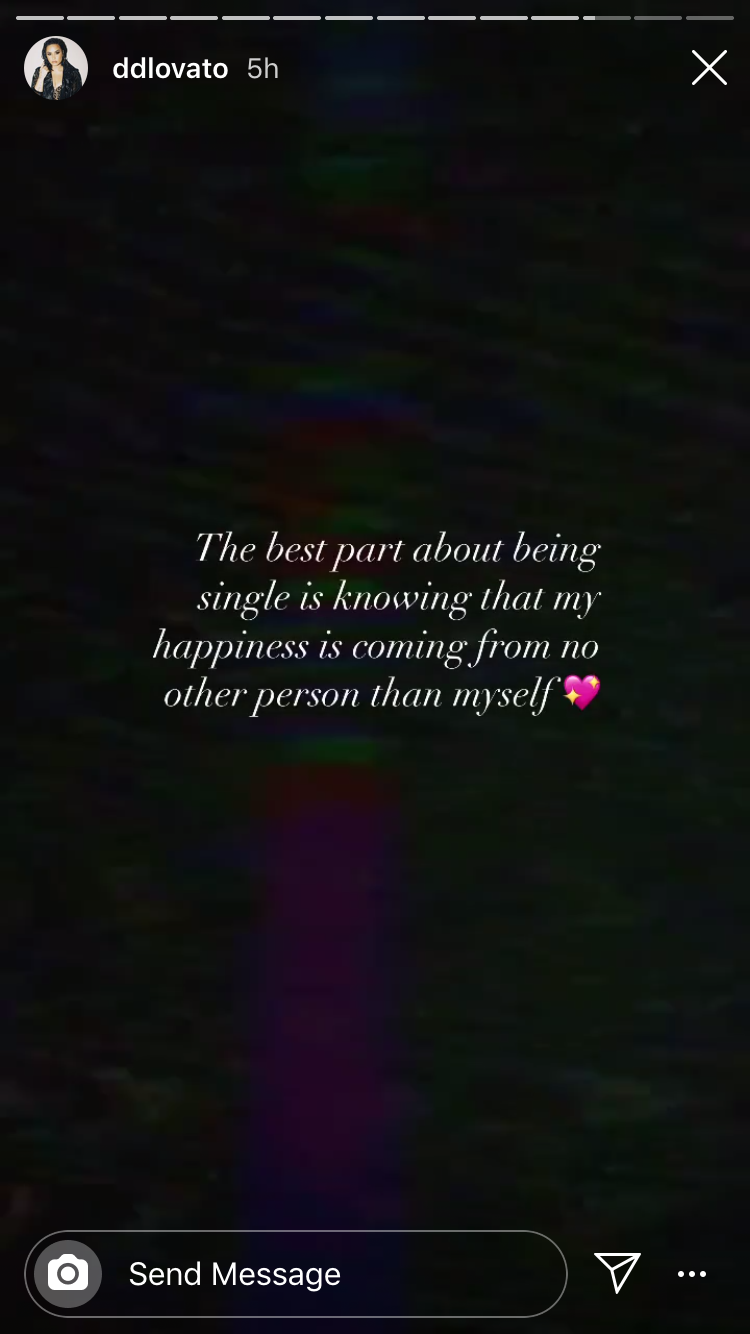 A source previously told ET that Lovato felt Ehrich “wasn’t being honest about things,” and added, “She’s worked very hard to get to a good place and isn’t willing to put up with anything that doesn’t serve her in a positive way. The breakup was for the best.”

Last month, Lovato told Seth Meyers on his talk show that she was using her time in quarantine to “get to know myself better.”

“Also just building better relationships with my friends and family and even my dogs, getting to walk them is something I didn’t get to do when I was working so much,” she said. “This quarantine has been a nice little experience for me to get to know myself better.”

These days, Lovato continues to work on new music and is rocking a stylish new shorter hairstyle. On Friday, she also showed off her latest trim and bleach blonde pixie. 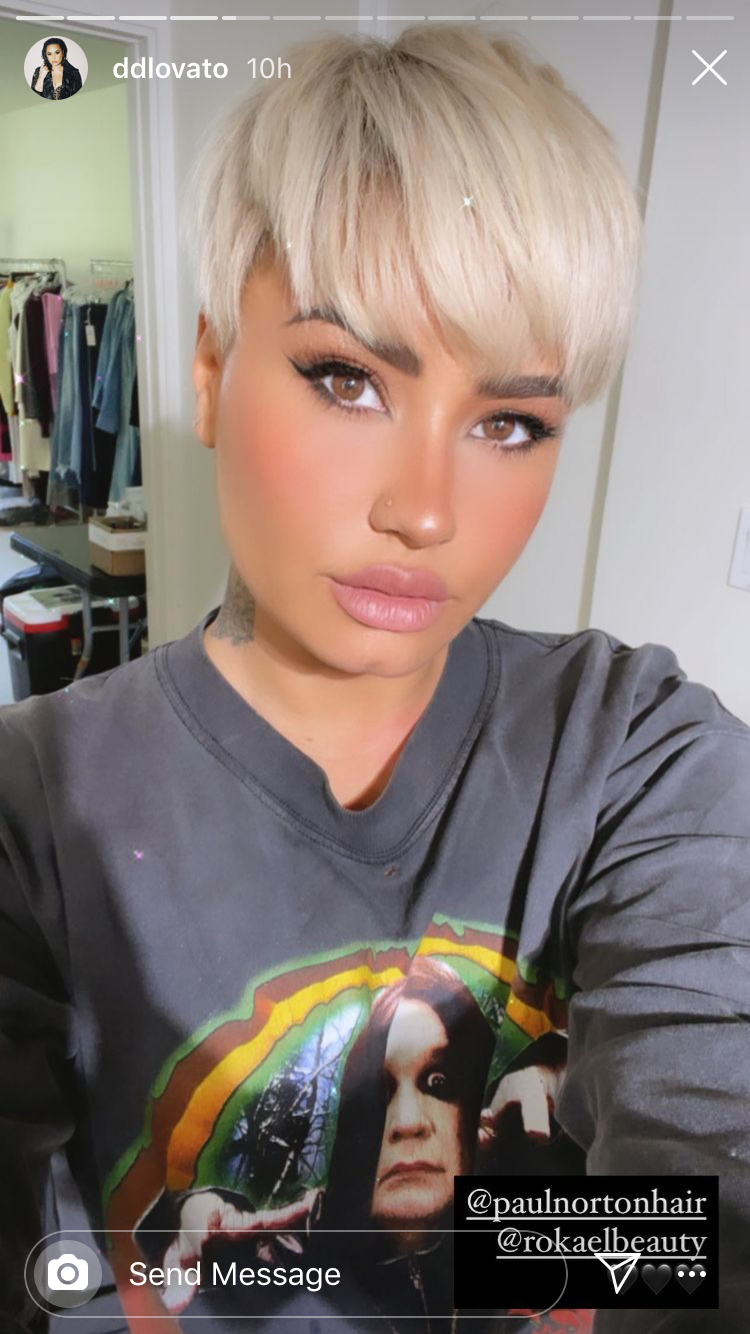 For more on Lovato, watch below.