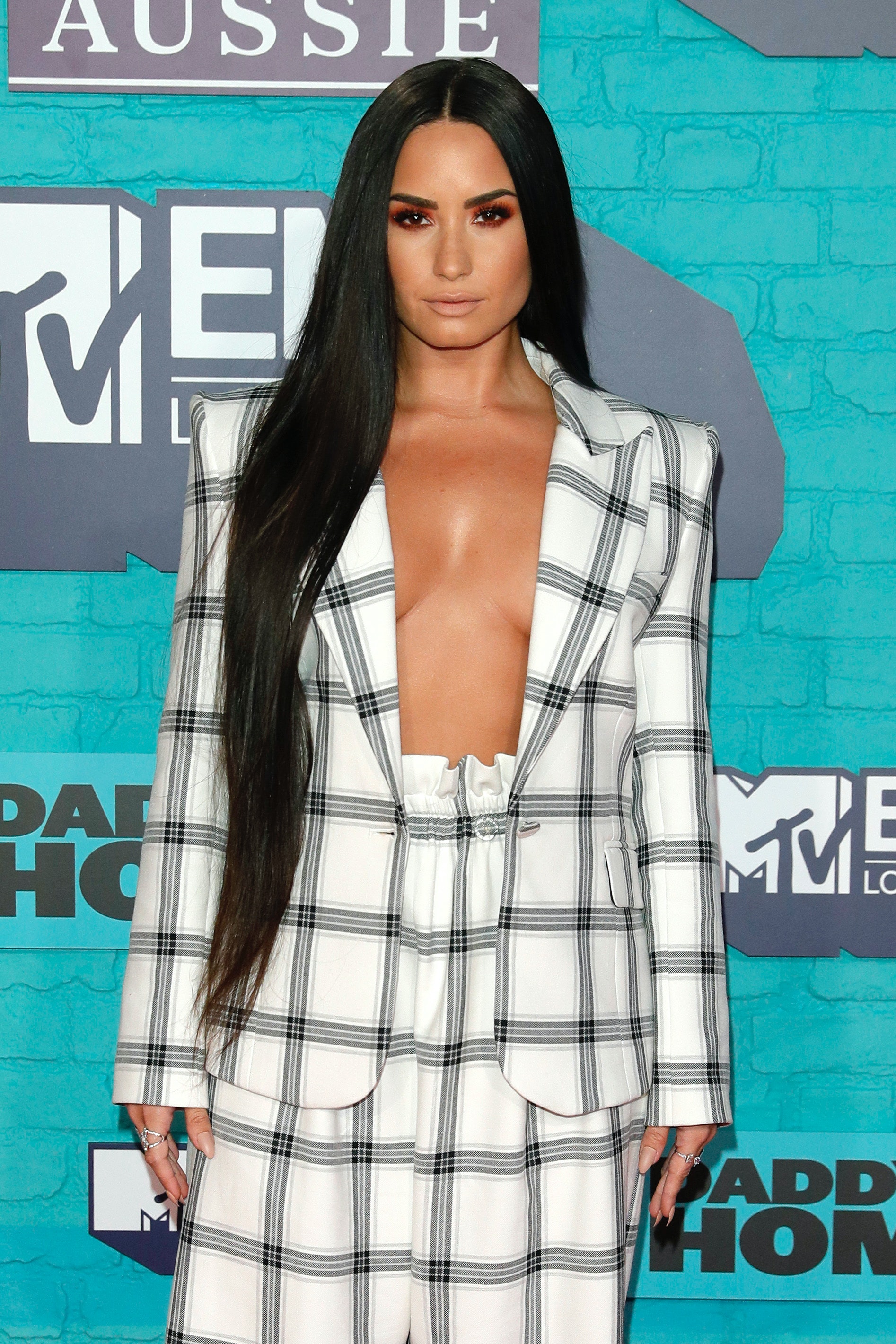 Demi Lovato’s YouTube docuseries, Dancing With the Devil, which shares the same name as her seventh studio album, Dancing With the Devil… The Art of Starting Over, officially wrapped up on Tuesday, April 6, after premiering on March 23. Fans learned so much about the singer during the show’s four episodes, including heartbreaking details about her addiction and eating disorder that unfortunately led to her July 2018 overdose. Due to her getting more honest than ever about her "trauma," Demi Lovato said watching her new documentary gave her an anxiety attack.

The star discussed what it was like sharing her life story and reliving some of her darkest moments on screen during an April 10 virtual appearance on the Tonight Show Starring Jimmy Fallon. While Lovato admitted it was difficult filming her documentary, she said it ended up being therapeutic because it gave her an opportunity to reflect on everything that had happened surrounding her overdose. "I had to work through a lot of those things before I told the story on camera. I’ve been working on myself and putting in a lot of work behind the scenes, so that when it was time to put it on camera, I felt completely secure in telling my story," Lovato explained. "I’m hoping that a lot of people can learn from what I went through and create conversation around those topics."

Lovato added she’s watched Dancing With the Devil around three or four times now, but her first watch was the hardest. "I watched it when the first cut was ready… It was challenging. I had a physical reaction the first time that I watched it, like anxiety attack," she revealed.

Although it wasn’t easy getting so personal while filming, Lovato said she feels proud of her docuseries and new album. "No matter what people say when they watch it, it doesn’t matter. I’m standing in such truth that nothing that anyone can say can shake me," she said.

Dancing With the Devil… The Art of Starting Over has 19 tracks, including "Anyone," which is an emotional ballad about feeling alone, and "Dancing With the Devil," which touches on her battle with addiction. The album also features a collaboration with Ariana Grande called "Met Him Last Night."

If you haven’t listened to it already, check out Lovato’s newest album below.