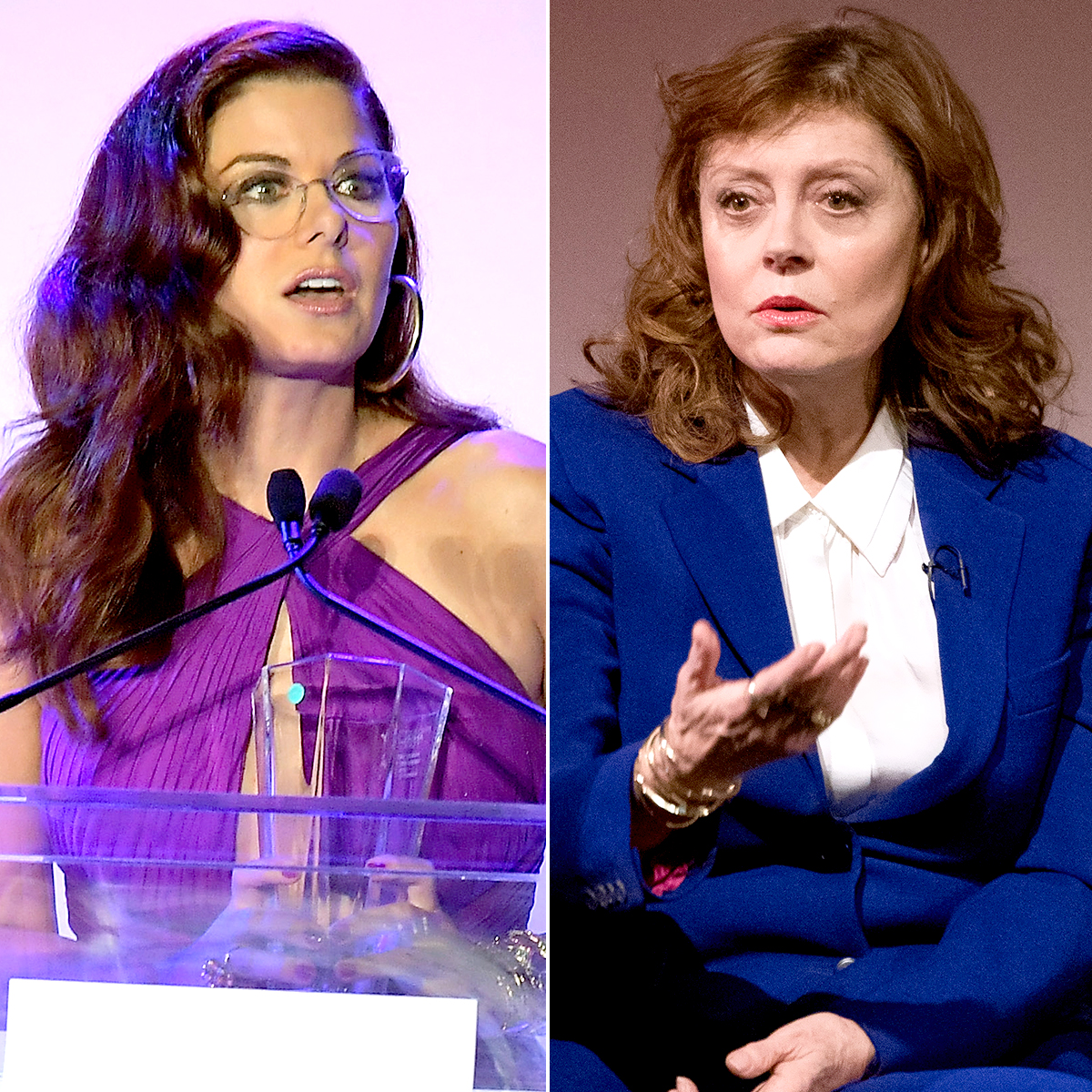 Debra Messing had time when it came to reigniting a Twitter feud with fellow actress Susan Sarandon.

The Will & Grace star, 50, took to Twitter on Wednesday, September 12, to express her disbelief over a story that claimed Sarandon credited Donald Trump for inspiring women and people of color to run for office.

“STFU SUSAN. Oh yes, PLEASE let’s give Trump CREDIT. I mean how else are you able to walk out on the street,” Messing began her Twitter rant. “Convince yourself that that this CATASTROPHE of a President who you said was better that HRC IS NOT ripping children away from parents seeking asylum, holding children … INDEFINITELY in internment camps with their new policy, DESTROYING all attempts to protect our environment (yes the water you properted to care about), endangered animals, taking away women’s ACCESS to health care and legal abortion, trying to block POC from Voting with extreme Judges who will support jerrymandering efforts, not to mention destroying ALL good will and allied relationships across the Globe.”

“Oh, and lest you forget Syria, Crimea, and putting PRO-RUSSIA agenda BEFORE the United States best interests. YES, do go on. Trump,” the Wedding Date actress continued. “Only a self righteous, narcissist would continue to spout off and not – in the face of Americans’ pain and agony -be contrite and apologize for your part in this catastrophe. But, you do you Susan.”

For her part, Sarandon, 71, took notice of Messing’s comments and calmly responded, “Debs, before you get yourself all self-righteous try clicking on the video and listening to what I actually say,” before blaming the publication’s headline as “click bait.” (While the Feud star did briefly touch on people of color and women running for office, she seemed to have been crediting a movement inspired by change and not President Trump directly.)

The Dead Man Walking actress followed up her tweet by capitalizing on the attention of the story in question. “I understand why @Variety’s clickbait headline would be upsetting, but after you actually watch the video, you’ll see that’s not what I said,” Sarandon wrote. “Now that you’re riled up, use that energy to call Collins, Murkowski & those Dem Senators still on the fence & tell them to #StopKavanaugh.”

This isn’t the first time the two actresses have been involved in a war of words over politics. In November 2016, Messing (who supported Hillary Clinton) and Sarandon (who backed Bernie Sanders) went at it after the Bill Durham actress suggested that Trump would make a better president then Clinton. Although Sarandon backtracked on her statement, the Academy Award winner later accused Messing of not being “very well informed” during an appearance on Watch What Happens Live! in May 2017.