His friend, Sammy Davis Jr., wasn’t invited to John F. Kennedy’s 1961 inauguration and in response, the singer refused to go out of loyalty to the fellow Rat Pack member.

In 1960, Davis said “I do” to May Britt, a white actress, which immediately sparked backlash. In a 1989 book titled “Why Me?” which the singer co-wrote with his friends, Davis claimed that the new president asked him and the Swedish star not to participate in the inauguration out of fear that an interracial couple would anger Southerners.

That story is now being explored in a new documentary on Martin. 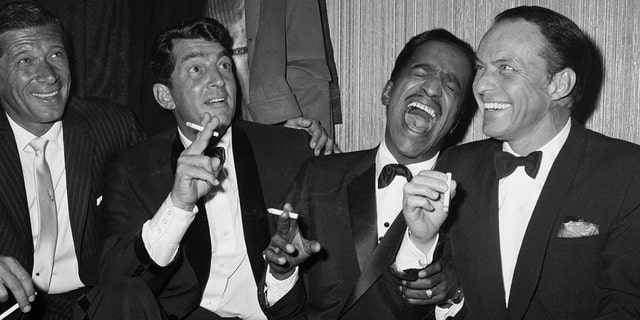 On Friday, Turner Classic Movies (TCM) will present the U.S. broadcast premiere of “Dean Martin: King of Cool,” which dives deep into Martin’s life with never-before-seen archival footage, as well as new interviews with family members, close friends and celebrity fans. The film is directed by Tom Donahue and supported by Martin’s daughter, Deana Martin, who spoke out on camera.

“Sammy Davis Jr. helped to get JFK elected and then JFK and his campaign decided to pay Sammy back by not allowing him to go to the inauguration because he was part of an interracial marriage,” Donahue told Fox News. “It was Dean Martin who stood up for his friend and said, ‘I’m not going to be part of the inauguration if Sammy isn’t going.’ That really impressed me. He had a sense of honor. The more I got to know Dean Martin the man, the more I grew to truly love and admire him.” 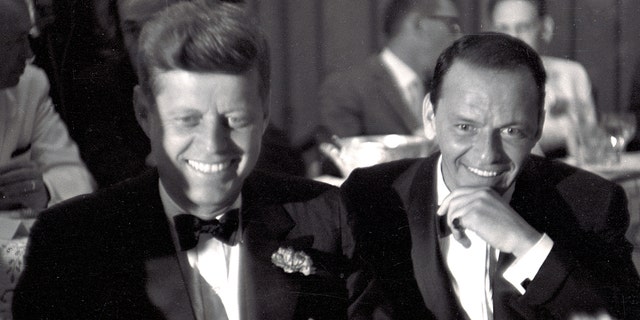 Deana, 73, told Fox News that when her father heard the new about Davis, he was “just astounded.”

“He was my uncle Sammy,” said the fellow singer. “He came to our house. He was family. So it was pretty remarkable. My dad was going to take a stand because it was the right thing to do. It didn’t matter what JFK or anyone else was going to think of him. This is Sammy Davis Jr. and that was his friend. And for family to not be invited for those reasons made my father very upset. He just said, ‘It’s not right. I’m not going.’ And that was it. He wouldn’t think about it anymore.” 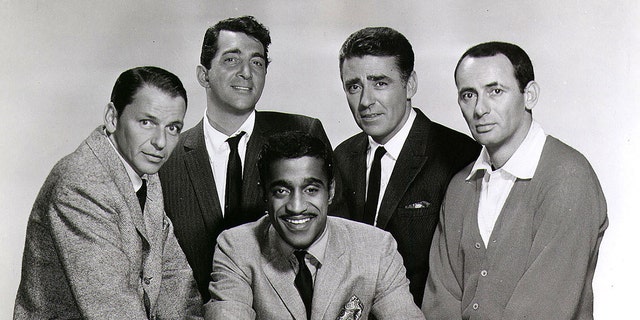 In doing it his way, both personally and professionally, Martin went on to inspire numerous artists, including the king of rock ‘n’ roll who idolized the star.

“He just adored my dad,” shared Deana about Elvis Presley. “He would drive out to the front of our house and just stare. He always felt my father was so fabulous. And he loved his voice. I remember I met him at Paramount Studios. He looked at me in the eye, held my hand, and said, ‘I love your dad. They call me the king of rock ‘n’ roll. But your dad’s the king of cool.’ I just wanted to pass out right then and there!”

And despite achieving his own fame, Presley’s devotion to Martin never diminished. One of Martin’s pals told Donahue how one time, Martin tried to line up a shot while playing golf and suddenly, a diehard fan made a surprise appearance.

“You could hear someone screaming, ‘Dean!’ and just running,” chuckled Donahue. “Martin looks over and sees Elvis just running towards him and waving.” 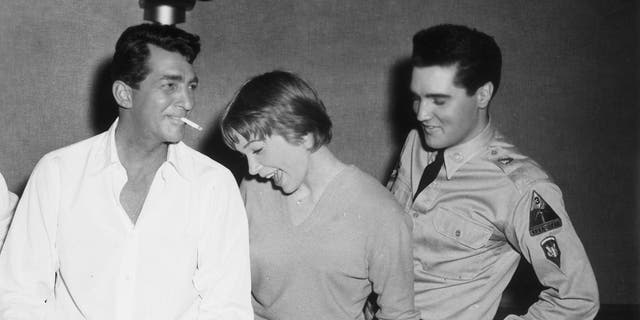 Dean Martin celebrating his birthday with Shirley MacLaine and Elvis Presley while in production for director Joseph Anthony’s film, ‘All in a Night’s Work’.
(Photo by Paramount Pictures/Getty Images)

“My dad would have been upset,” chuckled Deana, who noted how her father had a no-nonsense approach to golf, his favorite pastime.

But Deana pointed out that at home, Martin was not a star, but a family man who adored his children and lived by his own rules. 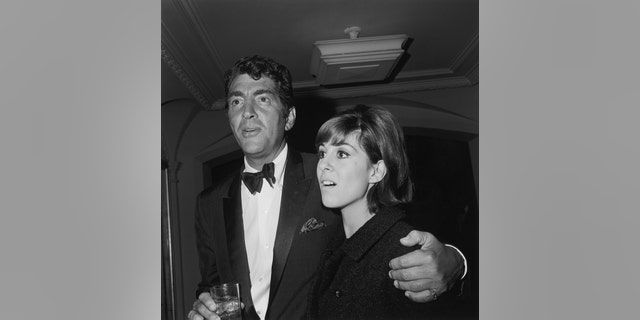 American actor and singer Dean Martin (1917 – 1995) with his arm around his daughter Deana at a Hollywood event, December 1965.
(Photo by Max B. Miller/Fotos International/Getty Images)

“We would have a party and my dad would call the Beverly Hills Police,” she recalled. “He would say, ‘There’s too much noise coming from Dean Martin’s house.’ And on my 18th birthday, he called the cops! Apparently, we were making too much noise. I remember parties when he would just come downstairs and start turning off the lights. I remember one time, I told him, ‘My boyfriend is coming over. Please don’t embarrass me.’ He went, ‘Oh really?’ We were hanging out and as I looked up, there’s my dad coming down the stairs in his pajamas with toilet paper stuck on the side of his pants.”

“I used to tell him, ‘You just embarrass me so much!’ and he replied, ‘That’s what I here for,’” Deana added. “He was such a jokester and he let you know it.” 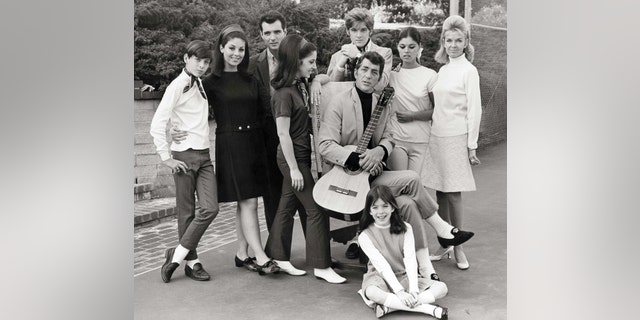 Deana said the documentary sheds light on a dashing playboy who was also a proud father of eight, a seemingly notorious drinker who actually swigged apple juice, and an entertainer who knew he had a gift of song. It was a life of great triumphs and personal tragedies, one that ended on Christmas Day in 1995 when Martin was 78.

But the story, Deana noted, is one about family.

“It meant everything to him,” she shared. “No matter how much success he achieved, that always came first to him. And I don’t think that’s expressed enough. I miss him every single day.”