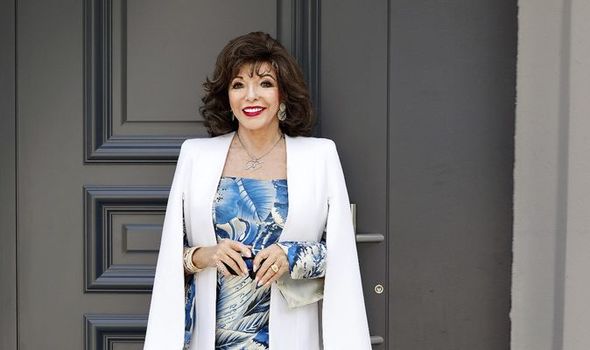 The actress, 88, draped the white topper over a blue and white print dress and worked her shades like a pro. Dynasty legend Dame Joan was making a return visit to Spain where she filmed Glow and Darkness. She plays Queen Adelaide in the medieval Netflix drama alongside Jane Seymour.

Her trip this time was to promote a dream villa.

But Dame Joan recently revealed she will be parting with her own hot property – she’s auctioning some of her bling.

She said: “I buy jewellery for myself as a reward. I think more women should do it – you don’t have to wait for men.”

Maybe that’s why three of the items she’s auctioning off were gifts from old flames. A £4,000 coral and gold brooch was a birthday present from her late second husband, actor Tony Newley. A gold bracelet worth £2,000 came from husband number three Ronald Kass. 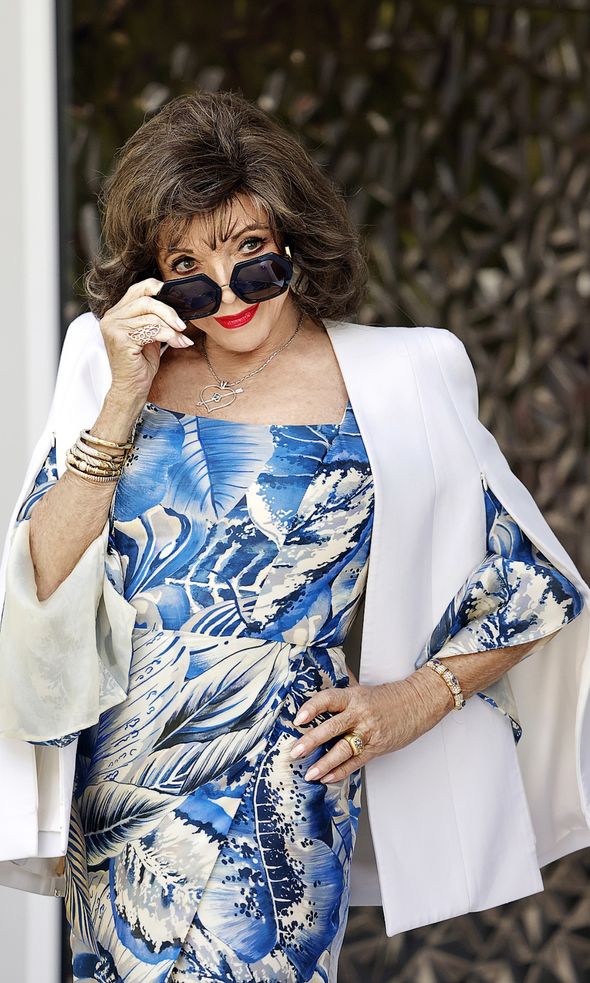 And a £3,000 gold and turquoise necklace was a gift from her one-time fiance and Hollywood star Warren Beatty.

The Bonhams sale next month also includes the gold necklace Joan bought to celebrate landing her role as Alexis in Dynasty.

She said: “I always like to buy myself something when I get a new job.”

But Joan refused to part with any gems or jewellery given to her by her fifth, and current, husband producer Percy Gibson, 57.