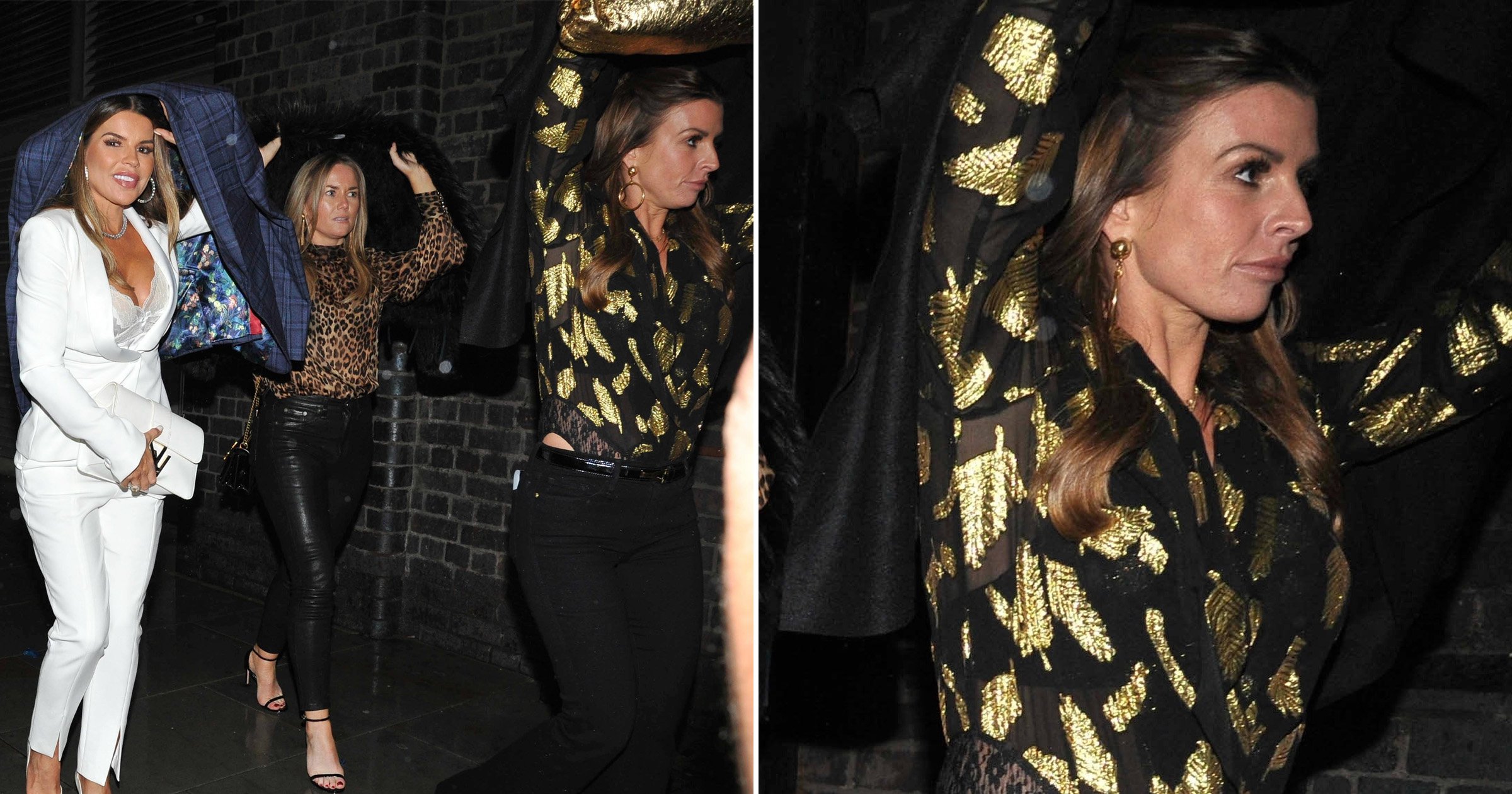 Coleen Rooney enjoyed the most glamorous of nights after heading to a plush casino with her girlfriends.

Husband Wayne Rooney was left at home for the night as Coleen, 35, and a group of friends were spotted at the 235 casino in Manchester on Saturday.

Well, technically it was the early hours of Sunday morning as the WAG and her gals left the venue at a tiresome 3am.

Despite the late night session, Coleen still managed to look as bright-eyed and glamorous as ever as with her make-up perfectly in place, and standing out in a sheer gold and black blouse with a pair of smart black trousers.

A security team were seen escorting Coleen and her crew to their waiting cars after exiting the casino, which boasts a Las Vegas style theme and includes the award-winning James Martin restaurant offering ‘the best of British cuisine’.

No doubt footballer Wayne, 35, was put in charge of looking after their four children for the night. The couple, who have been married since 2008, are parents to sons Kai, 11, Klay, eight, Kit, five, and Cass, three.

Wayne recently opened up about his marriage to Coleen and recalled how he punched a hole in every door at a rented house after an argument with his spouse.

Speaking on the Tony Bellew Is Angry podcast, Wayne said: ‘I was going on a night out with the lads so I phoned Coleen up. I think she was in Liverpool at the time. I told her I was going out.

‘You know when you’re that age, you argue a lot. Anyway, she’s constantly going on. So I’m in this rented house and I’ve gone round every door in the house and punched a hole in it.’

He continued: ‘And then the last door I got to, I’ve booted it and then my leg got stuck in the door. Then I’m standing on one leg and falling over and I’m trying to get my leg out the door.

‘Then I lost my head again and I completely smashed the door. Then Rio Ferdinand came round, he was picking me up, and he’s walked in the house, just seen a big fist through every door and a big hole where my foot’s gone through it.

‘I remember I was sat afterwards just thinking, “What am I doing?”‘

Despite being plagued by cheating rumours over the years, the married couple are still going strong and Wayne recently shared a loved-up photo of him and Coleen together with a heart emoji.