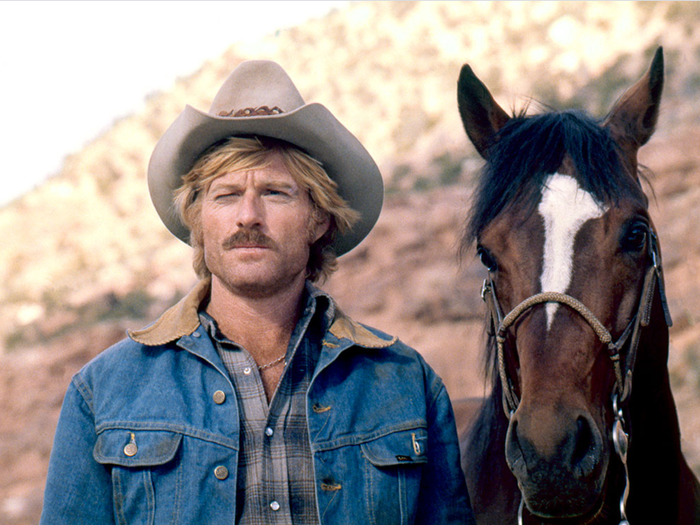 David Dastmalchian, aka Polka Dot Man, adopted a cat he found on the set of "The Suicide Squad." 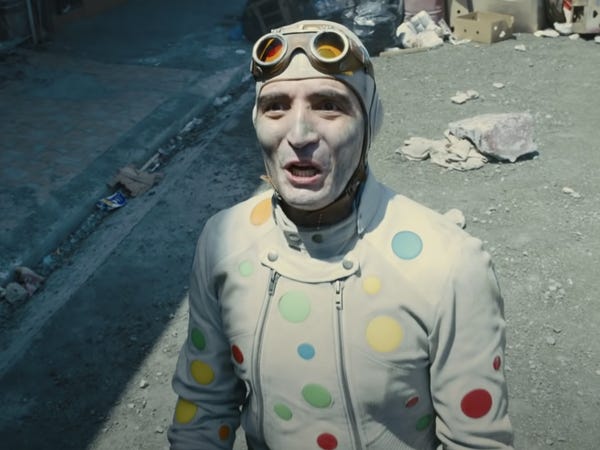 Much of “The Suicide Squad” was filmed in Panama, which stood in for the fictional country of Corto Maltese. While filming, Dastmalchian found a cat on set and fell in love, and so he decided to take her home and name her Bubblegum (full name Abner Bubblegum Polka Dot Cat, of course).

He shared a photo of the two on Instagram with Bubblegum all dressed up in Polka Dot Man attire, captioning it: “With the help of my @thesuicidesquad family & some generous animal lovers in Panama, I was able to rescue Bubblegum (full name: Abner Bubblegum Polka Dot Cat). She has been a blessing to our family & was instrumental in helping us through the pandemic. Please adopt, don’t shop, and spay/neuter your pets. (costume by Judianna Makovsky). Thank you, @jamesgunn.”

Sophie Turner adopted her direwolf from the set of "Game of Thrones." 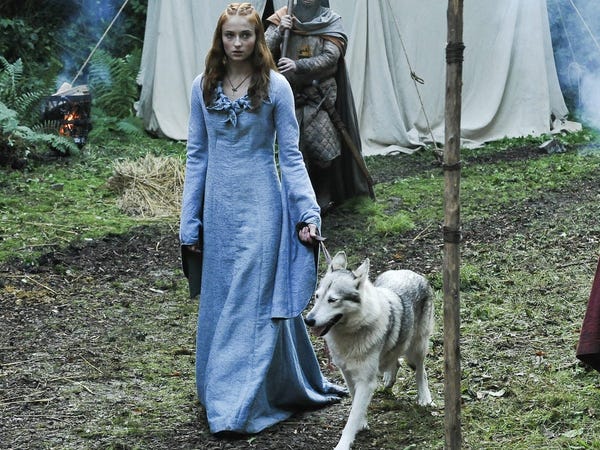 In “Game of Thrones,” every Stark child has their own direwolf, a fictional creature that’s essentially a wolf, but much larger and smarter. Turner’s character, Sansa, unfortunately was forced to have her direwolf Lady executed due to the cruelty of Joffrey.

But Turner couldn’t bear to leave behind Zunni, the dog who played Lady.

“Growing up I always wanted a dog, but my parents never wanted one. We kind of fell in love with my character’s direwolf, Lady, on set. We knew Lady died and they wanted to re-home her. My mum persuaded them to let us adopt her,” Turner told the Coventry Telegraph in 2013.

Elizabeth Taylor shared a special bond with her horse in "National Velvet." She was given the horse after filming wrapped. 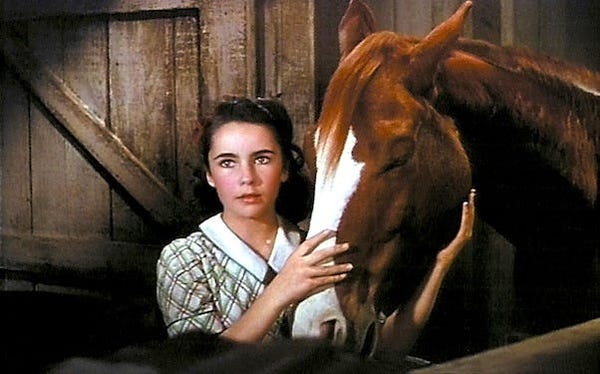 According to Horse and Hound, Taylor had been riding King Charles for years before he became her costar in the 1945 film, “National Velvet,” which is about the original horse girl, Velvet Brown, who wins a horse in a competition. The story goes that King Charles only treated Taylor well — he bit everyone else. So, for her 13th birthday, the studio gifted him to her.

Tiffany Haddish adopted a kitten from the set of "Keanu." 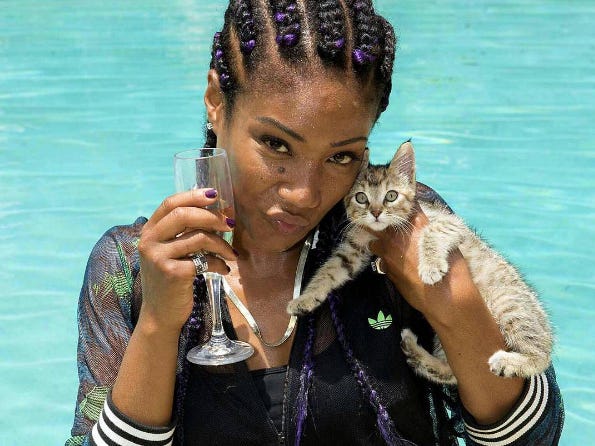 In the comedy “Keanu,” which is about the abduction of the beloved titular cat, there were actually seven kitties who switched off playing Keanu. Haddish adopted one of the kittens. She named her Catonic.

Robert Redford purchased one of the horses from the set of "The Electric Horseman." 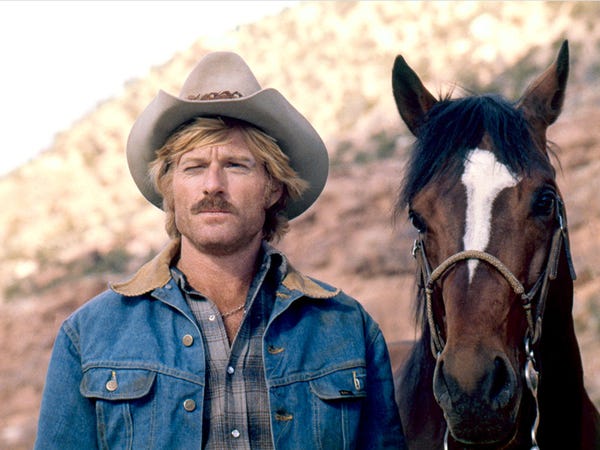 According to Horse Nation, Redford bought his equine costar and kept him on his Utah ranch for 18 years. In the film, Redford’s character, a retired rodeo champion, decides to steal a thoroughbred horse and ride him across the country to a canyon where he can be free.

“For me it was a chance to demonstrate my own particular affinity for horses, but the film is also about a way of life out West whose disappearance is sad but inevitable. Still, at the heart of the story is a man whose sensitivity is towards a horse,” Redford said.

Yvette Nicole Brown adopted one of the dogs from the set of the live-action "Lady and the Tramp." 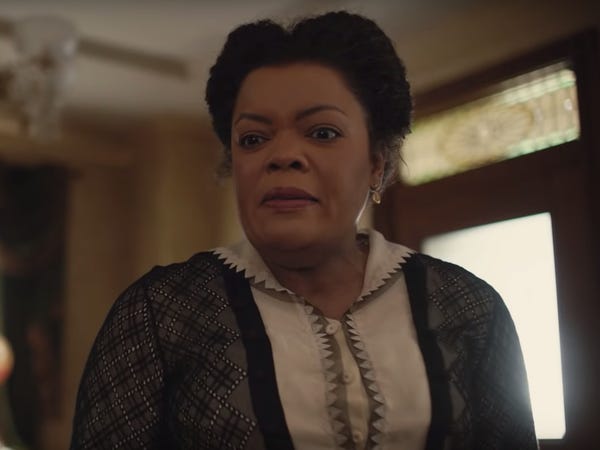 While Brown’s character Aunt Sarah didn’t particularly like dogs, in real life, she loves the pooch she adopted from the set. All the animals used in “Lady and the Tramp” were either rescue animals or available to adopt, so of course, Brown decided to take one home.

Viggo Mortensen has adopted costars from "The Lord of the Rings" and "Hidalgo." 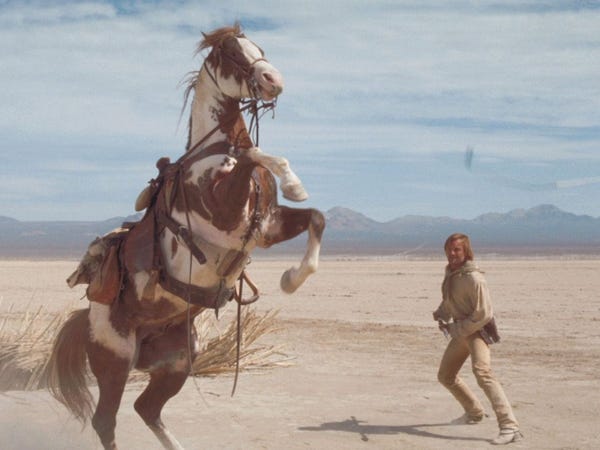 The cast of “Lord of the Rings” commemorated their time together by taking props from the set and getting tattoos, but Mortensen took it a step further. He adopted two horses from the set of the movies, Eurayus and Kenny, he told IGN in 2004.

“I just developed a real good friendship with [Eurayus]. He kind of came into the movie similar to the way I did. You know, didn’t have much preparation and was just thrown in and had to swim, basically. And it was rough on him and it took a while for us to kind of get in sync and for him to be comfortable around the set. So we got to be close and I wanted to stay in touch with him,” he said.

As for Kenny? “I just wanted Eurayus to have a buddy.”

Mortensen also adopted his costar, TJ, from the 2004 film “Hidalgo.”