Carol Kirkwood, 58, has given fans an insight into her morning routine ahead of her appearance on BBC Breakfast. The weather presenter revealed she kept herself entertained during her journey to work with some music.

However, Carol admitted she was glad she was “alone” in her car as she sang along to Sugar Baby Love by The Rubettes.

The meteorologist surprised her 194,000 Twitter followers with her admission, as she recalled tackling the “very high” notes in the song.

She wrote: “This morning’s earworm (heard when driving to work earlier)… Sugar Baby Love by the Rubettes!

“Thank goodness I was alone… especially for the VERY HIGH first bit. 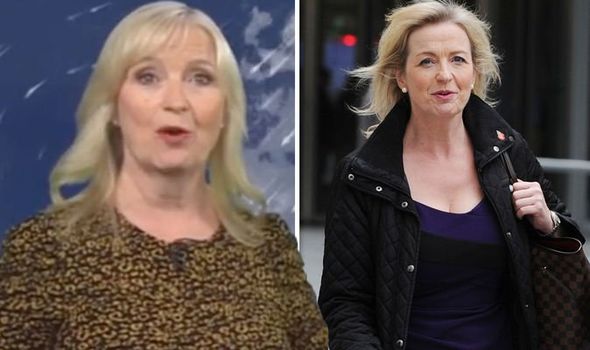 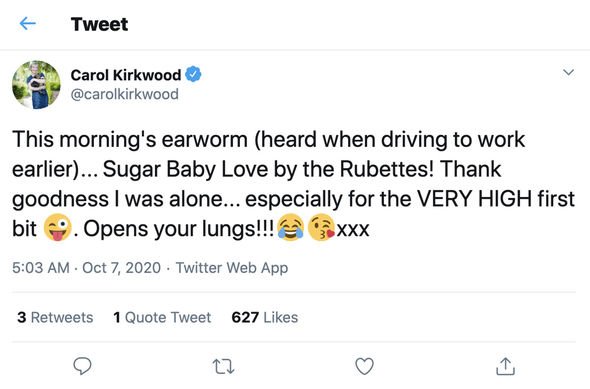 One person wrote: “Sing like no one is listening. Enjoy Carol.”

Another suggested: “Should do it on air and we could all join in the dawn chorus!” 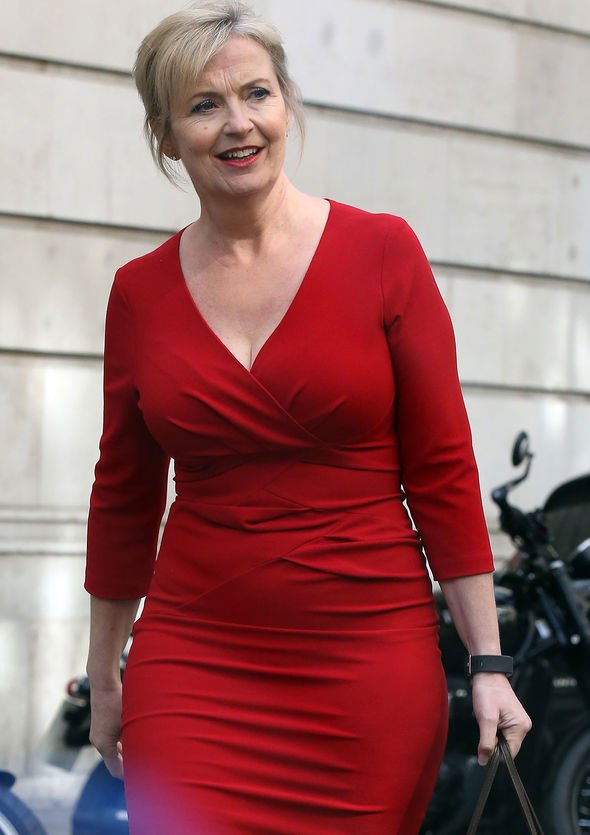 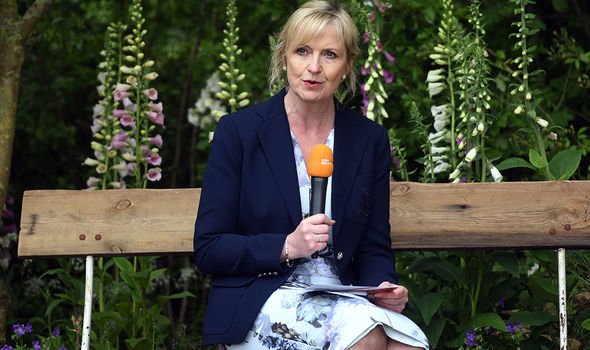 A third fan commented: “Ohh no don’t be a super spreader carol ………the ear worm has infected me now  x #morninggg.”(sic)

A fourth replied: “I’d have paid money to hear that. X.”

Carol previously took to the social media platform to ask her fans’ opinions on an issue she was experiencing.

The star admitted yesterday that her shoes had begun to squeak as if she were being followed by “a horde of mice” while going about her day on BBC Breakfast.

Carol typed: “This is a very silly question… but do your trainers squeak?!!!

“I sound like I have a horde of mice following me round. Any tips?!!!”

The star followed her lighthearted tweet with a series of mouse emojis.

Fortunately, Carol’s followers were ready to post relatable responses to her problem.

One fan commented: “Always remember my mom saying … Squeaky Shoes meant you’ve not paid for them.”

Carol replied: “My dad used to say that too! X.”

Another said: “Never until recently! I bought a pair of Slazengers from Sport Direct last month, and now, just walking round the kitchen sounds like going 5 – 0 up, indoors, against Martina Navratilova!”

The weather expert responded: “That made me LOL.”(sic)

BBC Breakfast airs daily at 6am on BBC One.