Another actor has accused Joss Whedon of fostering a hostile work environment. An all-too familiar face in this saga…

It’s long been an open secret in Hollywood that the Buffy the Vampire Slayer creator and star Charisma Carpenter had beef. But while she’s mentioned her mistreatment generally, she’s never gone public with details of what she says Joss did to her and others over the years.

On Wednesday that all changed.

Charisma took to social media on Wednesday to describe the writer-director’s “hostile” and “toxic” behavior on the sets of Buffy and the spin-off series Angel — and made it clear she supports Justice League star Ray Fisher in his claims against Whedon.

“For nearly two decades, I have held my tongue and even made excuses for certain events that traumatize me to this day. Joss Whedon abused his power on numerous occasions while working on the sets of Buffy the Vampire Slayer and Angel. While he found his misconduct amusing, it only served to intensify my performance anxiety, disempower me, and alienate me from my peers. The disturbing incidents triggered a chronic physical condition from which I still suffer. It is with a beating, heavy heart that I say I coped in isolation and, at times, destructively.”

The 50-year-old, who played fan fave Cordelia Chase in both shows, went on to accuse Whedon of “retaliatory” and “cruel” behavior while she was pregnant on the set of Angel, elaborating:

“Joss intentionally refused multiple calls from my agents making it impossible to connect with him to tell him the news that I was pregnant. Finally, once Joss was apprised of the situation, he requested a meeting with me. In that closed-door meeting, he asked me if I was ‘going to keep it’ and manipulatively weaponized my womanhood and faith against me. He proceeded to attack my character, mock my religious beliefs, accuse me of sabotaging the show, and then unceremoniously fired me the following season once I gave birth.”

“At six months pregnant, I was asked to report to work at 1 am after my doctor recommended shortening my work hours. Due to long and physically demanding days and the emotional stress of having to defend my needs as a working pregnant woman, I began to experience Braxton Hicks contractions. It was clear to me the 1 am call was retaliatory.”

Charisma confessed that she partly “still sought his validation” despite Joss’ alleged toxic behavior — a common symptom for those who have been victimized by manipulative people:

“I made excuses for his behavior and repressed my own pain. I have even stated publicly at conventions that I’d work with him again. Only recently, after years of therapy and a wake-up call from the Time’s Up movement, do I understand the complexities of this demoralized thinking. It is impossible to understand the psyche without enduring the abuse. Our society and industry vilify the victims and glorify the abusers for their accomplishments. The onus is on the abused with an expectation to accept and adapt to be employable. No accountability on the transgressor who sails on unscathed. Unrepentant. Remorseless.”

The actress shared that she participated in WarnerMedia’s investigation into Whedon’s behavior on the set of Justice League following Fisher’s accusations last summer, when the actor publicly accused the filmmaker of abusive and unprofessional behavior toward the cast and crew during reshoots in 2017.

“I believe Ray to be a person of integrity who is telling the truth. His firing as Cyborg in The Flash was the last straw for me. Although I am not shocked, I am deeply pained by it. It troubles and saddens me that in 2021 professionals STILL have to choose between whistleblowing in the workplace and job security.”

The star concluded her message by saying that she “can no longer remain silent” about her experience, despite her career potentially suffering because of her coming forward. She wrote:

“It has taken me so long to muster the courage to make this statement publicly. The gravity of it is not lost on me. As a single mother whose family’s livelihood is dependent on my craft, I’m scared. Despite my fear about its impact on my future, I can no longer remain silent. This is overdue and necessary. It is time.”

So brave of her.

Although the other main stars of Buffy — like Sarah Michelle Gellar, Alyson Hannigan, and David Boreanaz — have yet to comment on Charisma’s allegations, Amber Benson, who played Tara for three seasons on the hit series, showed her support, writing on Twitter:

“Buffy was a toxic environment and it starts at the top. @AllCharisma is speaking truth and I support her 100%. There was a lot of damage done during that time and many of us are still processing it twenty plus years later.”

Wow. We’ll see if this opens the floodgates for more actors to come forward with their experiences.

What do U think about Charisma’s allegations, Perezcious readers? Read her statement in full (below) and sound off in the comments. 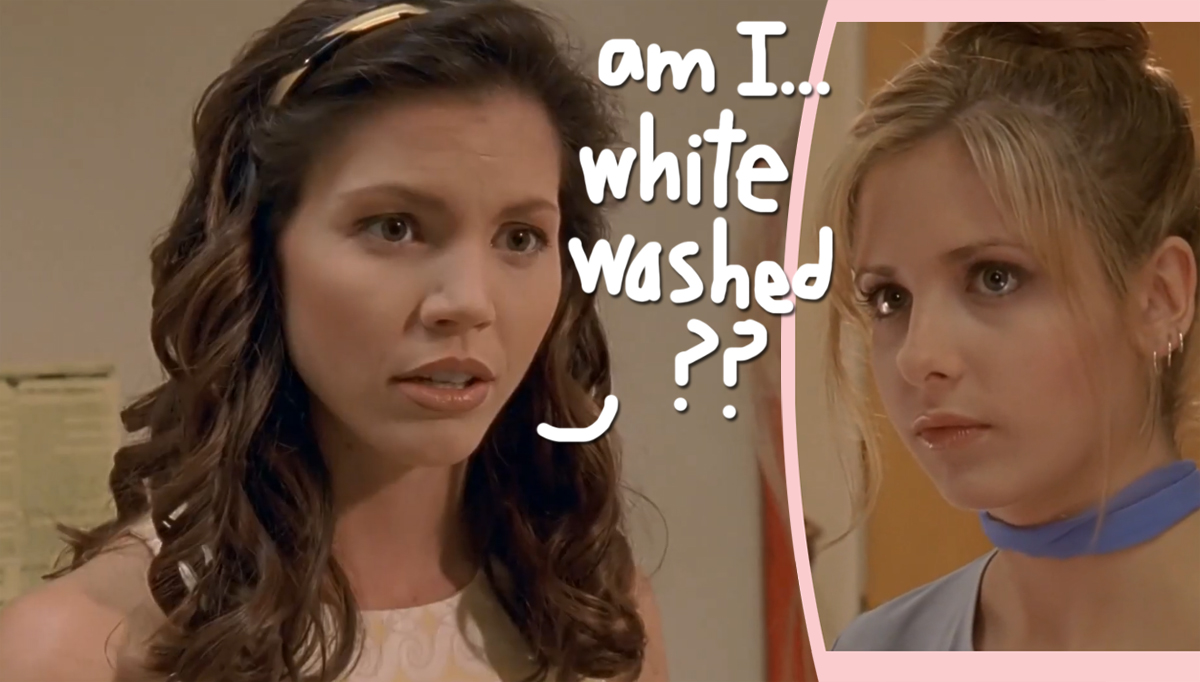