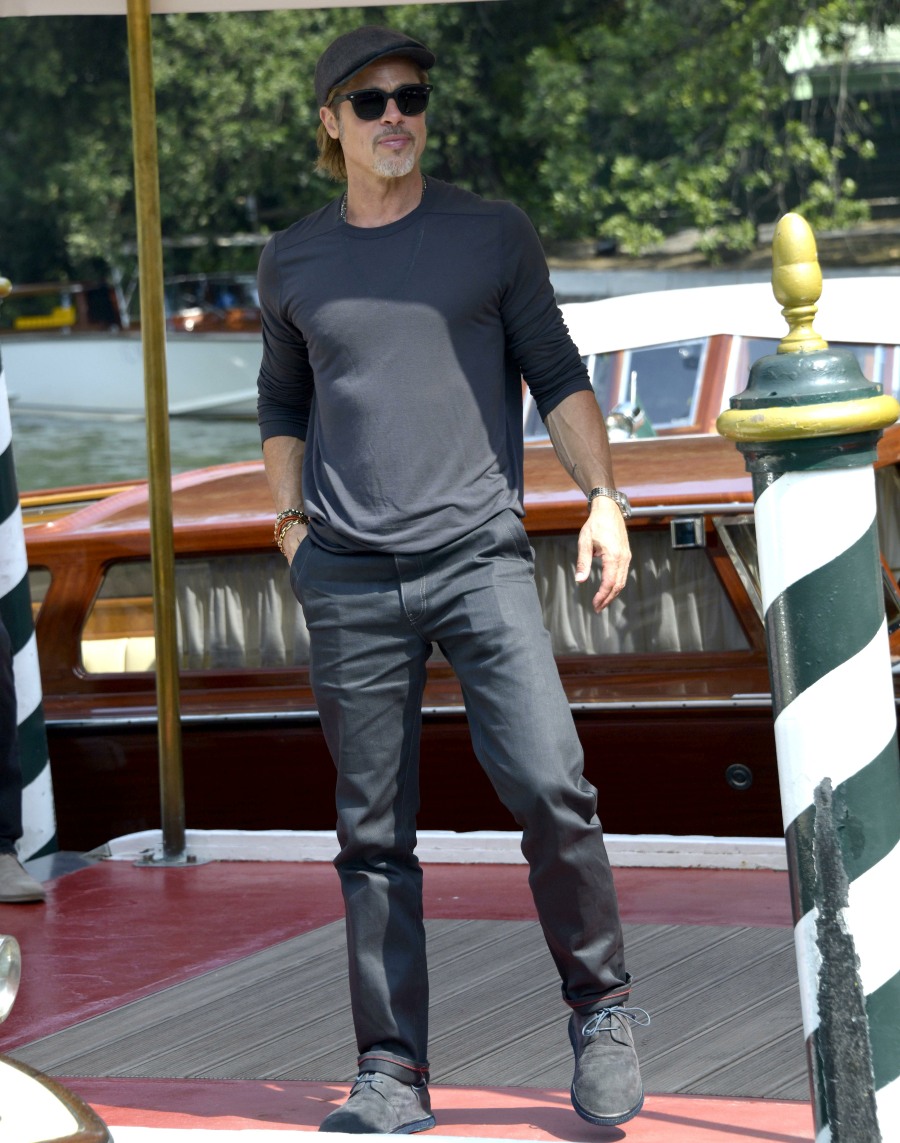 Brad Pitt has been in Venice all week ahead of tonight’s big premiere for Ad Astra. I am still unmoved by the description of the film and the various trailers, but I’m interested in reading some of the reviews out of Venice. Meanwhile, Brad has been happily posing for photos wherever he goes. He’s done two mini-photocalls by the boats/gondolas yesterday and today. I know the Pitt stans don’t want to hear this, but… I think he’s still wearing lifts? He wore lifts to at least one OUATIH premiere and I just have to ask…why? Why is so important to Brad right at this moment? Why does he want to look taller? Anyway, Brad said words about masculinity at the press conference:

Brad Pitt, the star and producer of James Gray’s sci-fi drama “Ad Astra,” which world premieres at Venice on Thursday, said that the film was a personal one and to some extent dealt with the modern concept of “masculinity.”

“In retrospect, what (Gray and he) were digging at was that definition of masculinity,” Pitt said at a news conference, alongside Gray and co-star Liv Tyler. “We’ve both grown up in an era where we were asked to be strong… and there is a value in that, but (it has also created a) barrier because you’re hiding some those things you feel ashamed of. We all hide and carry individual pain and wounds.”

“We were asking the questions — ‘Is there a better definition (of masculinity) for us… a better relationship with loved ones, with your kids and with ourselves.” The actor said he and Gray didn’t have a “normal male relationship” because they are “open about sharing feelings, perceived failures or missteps.”

Pitt said one of the most challenging things of the film was to portray a lack of connection with someone who is on his own. The actor producer said he was inspired by the character’s journey “as a man, as a father and as a son.”

Pitt said he and Gray also share a love for “great films of the 70’s. “In these films, the characters are not all good or bad but humans. These are the stories Im drawn to… more complex than a black and white image of the world.”

Asked if he hoped to end up at the Oscars, Pitt said he was eager to see the film “get out there”and “curious to see where it lands” because “it has something to say about who we are… our purpose…Every year, I see amazing talent getting acknowledged, and amazing talent not getting acknowledged… When your name comes up it’s great and when it doesn’t, it’s a usually a friend, so I’m happy too,” said Pitt.

I asked this before, but how many movies do we need about “what is masculinity?” It feels like those are most of the films being made these days, and yes, I’m even including those superhero movies. What’s weird is that this isn’t even the most recent SPACE movie about masculinity – these exact same talking points were used ad nauseum for Damien Chazelle’s First Man too. As for the Oscar discussion… Brad wants an Oscar. He wants an Oscar for acting. He’s going to campaign for Once Upon a Time, and probably not Ad Astra. 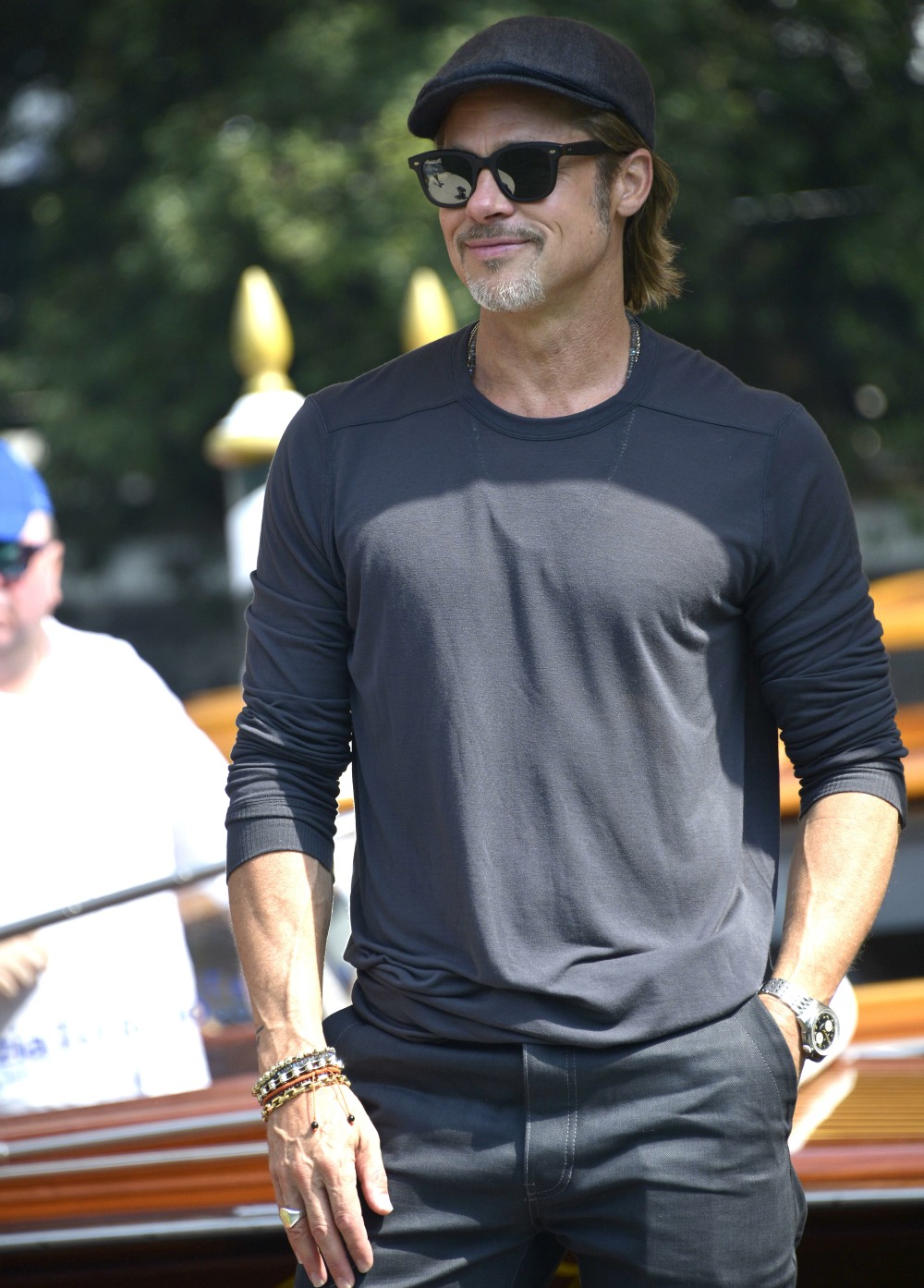 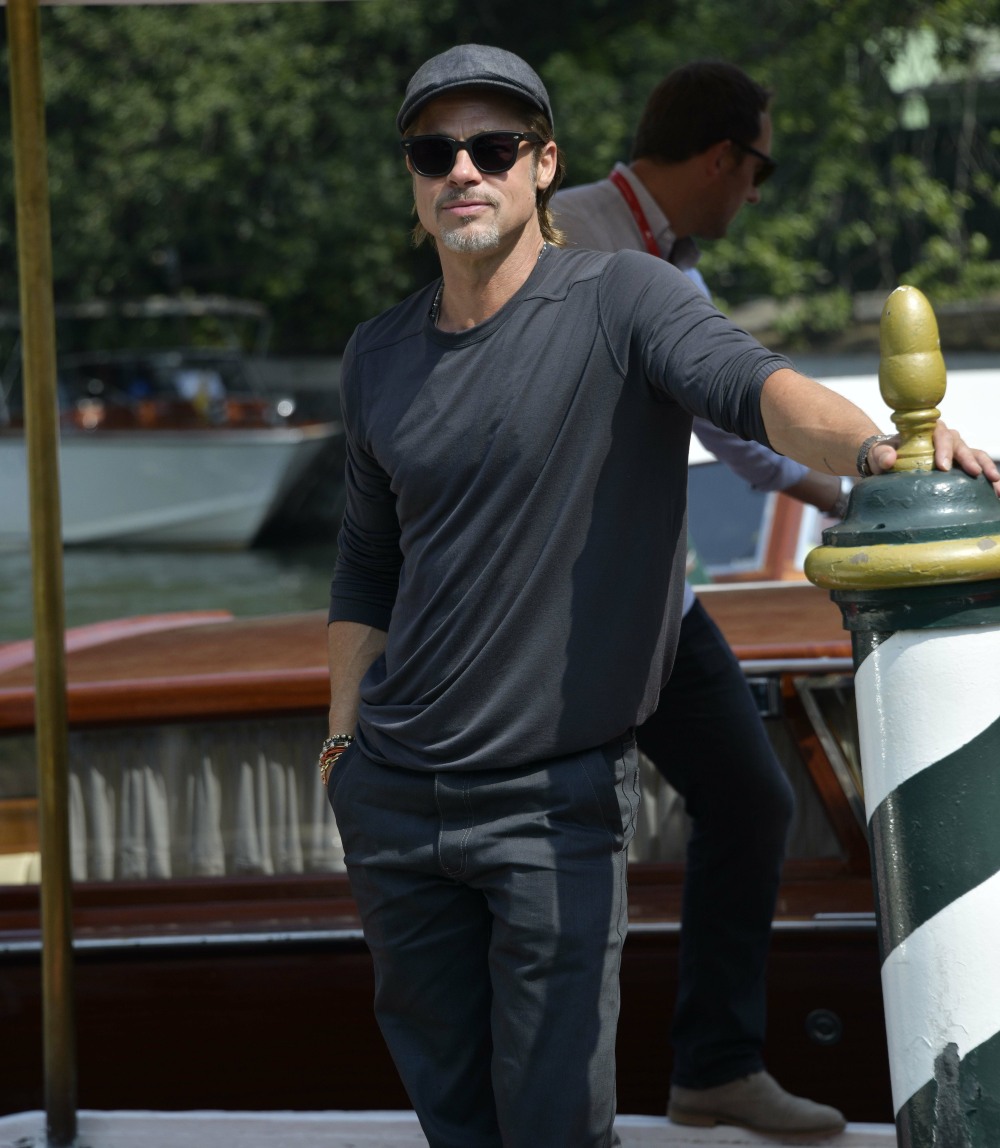 Here are some additional photos from the whole Venice “pose by the boats” thing. Liv Tyler wore trousers, which is the only thing women should do if they’re getting in and out of gondolas. My nemesis Laura “Renata” Dern wore a fugly striped dress and flats. Adam Driver will always be better in motion than in photos. And finally, Kate Upton looks like a catalogue model in 1988. 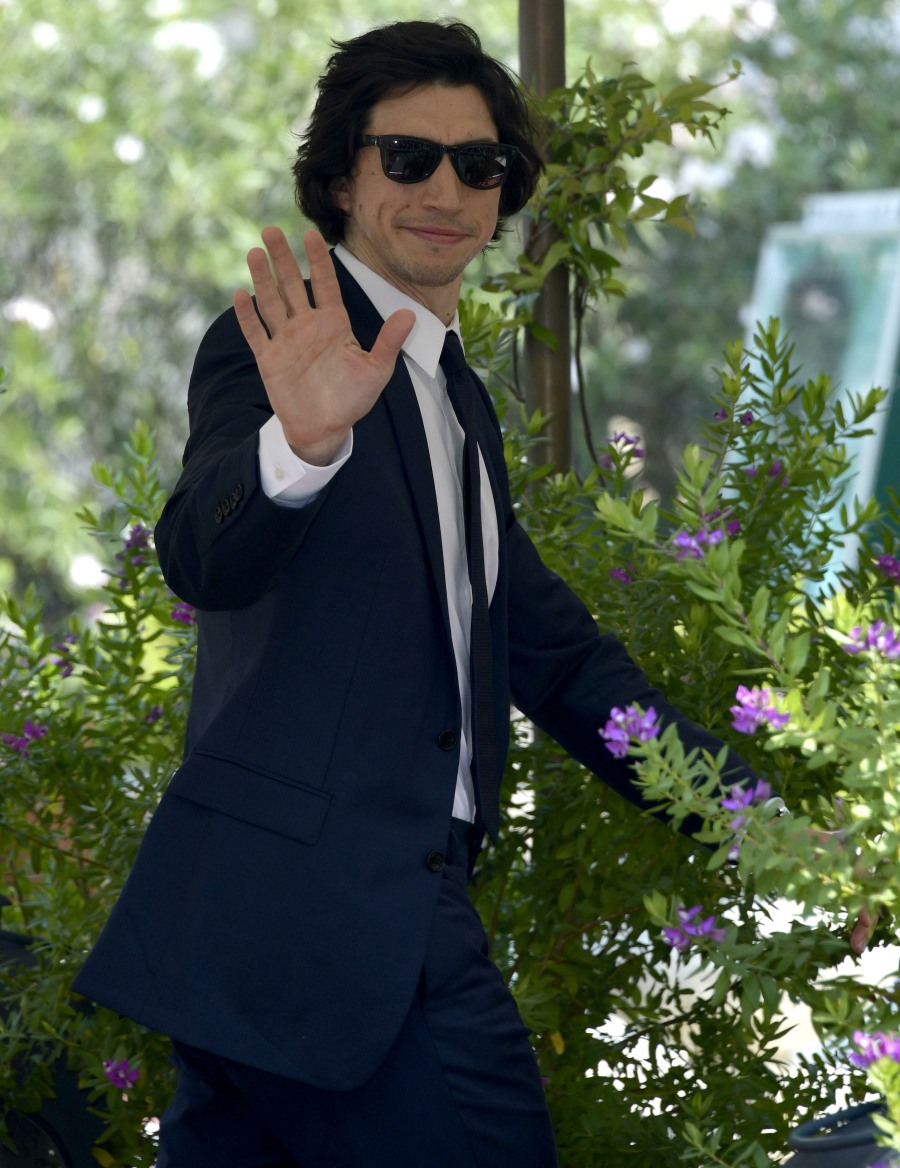 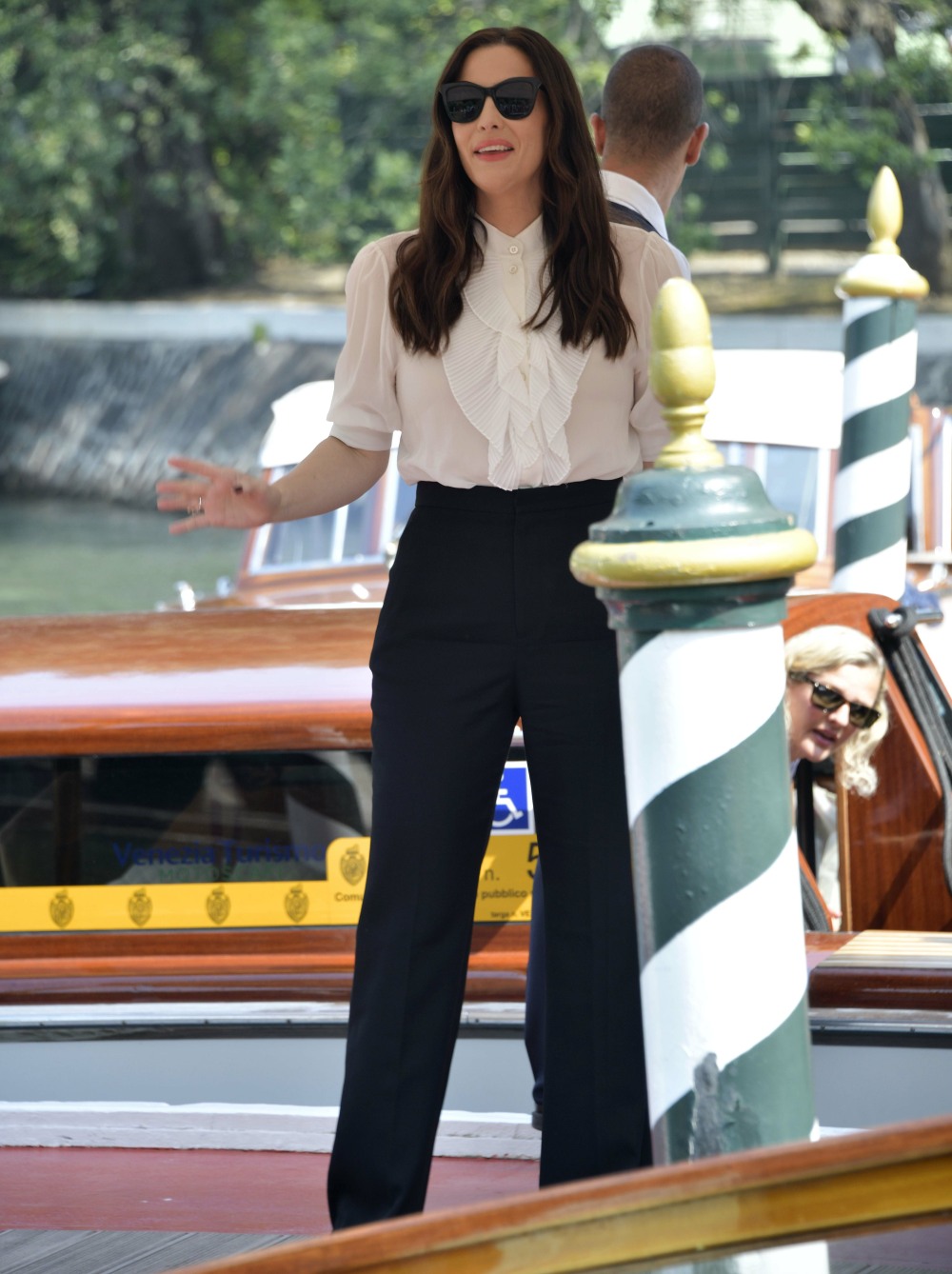 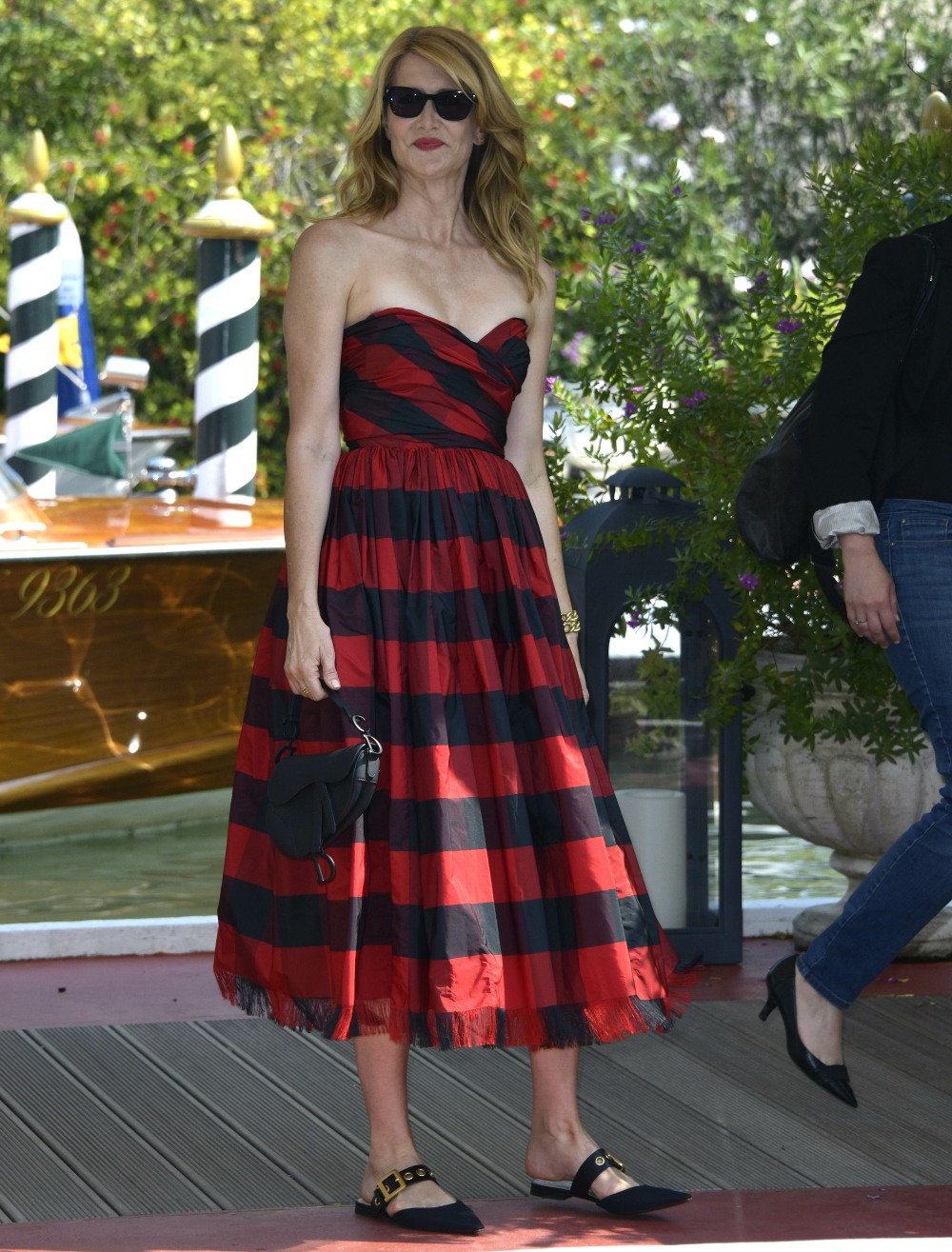 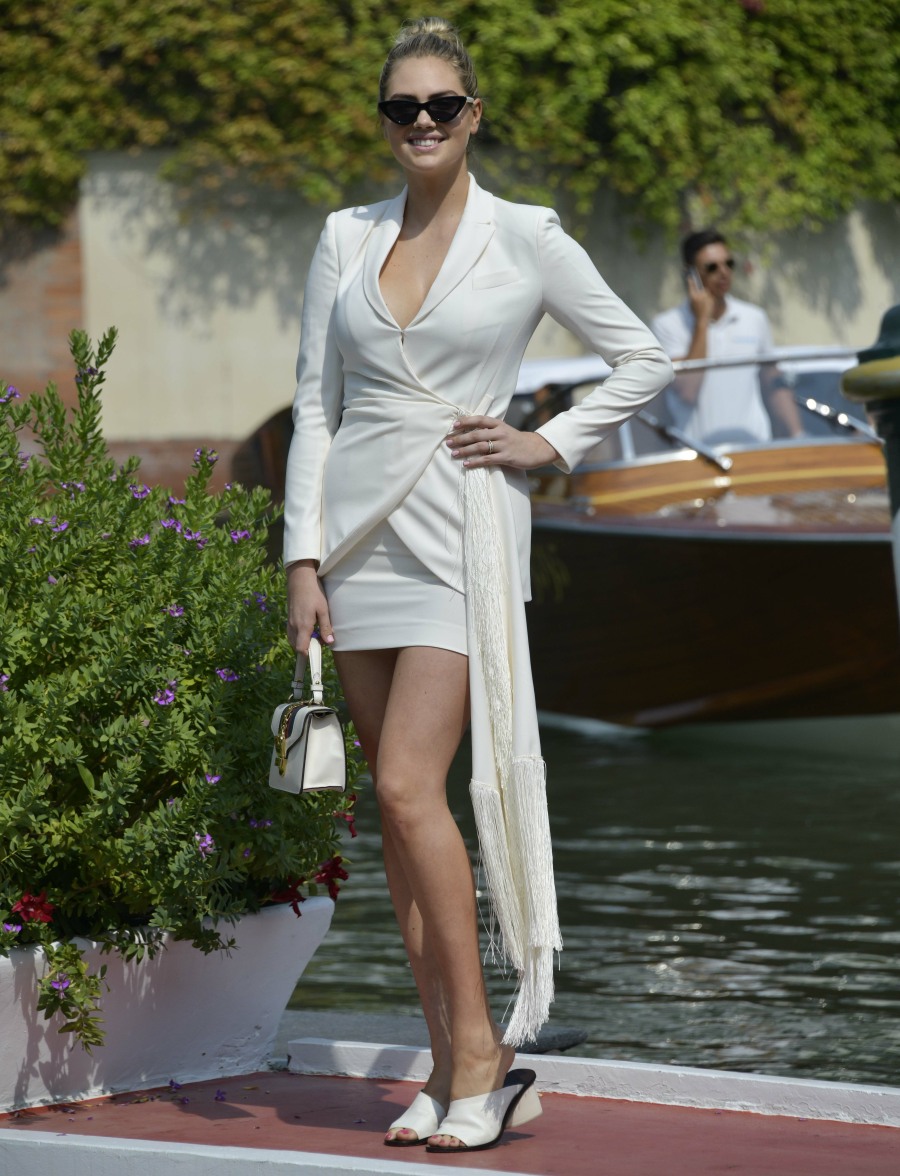