AceShowbiz –
Bella Hadid is back to stealing the spotlight with her eye-popping outfit. The 2016 Model of the Year left very little to the imagination with her fashion choice when stepping out in New York to attend Victoria’s Secret Fashion Show after-party on Thursday night, November 8.

Ditching her bra, the 22-year-old brunette beauty flaunted her nipples in a sheer, sparkling dress which featured a plunging neckline all the way down to her belly button. As if it wasn’t daring enough, the dress also consisted of thigh-high slit. Bella teamed the look with emerald earrings, diamond choker, silver bag and metallic pumps. 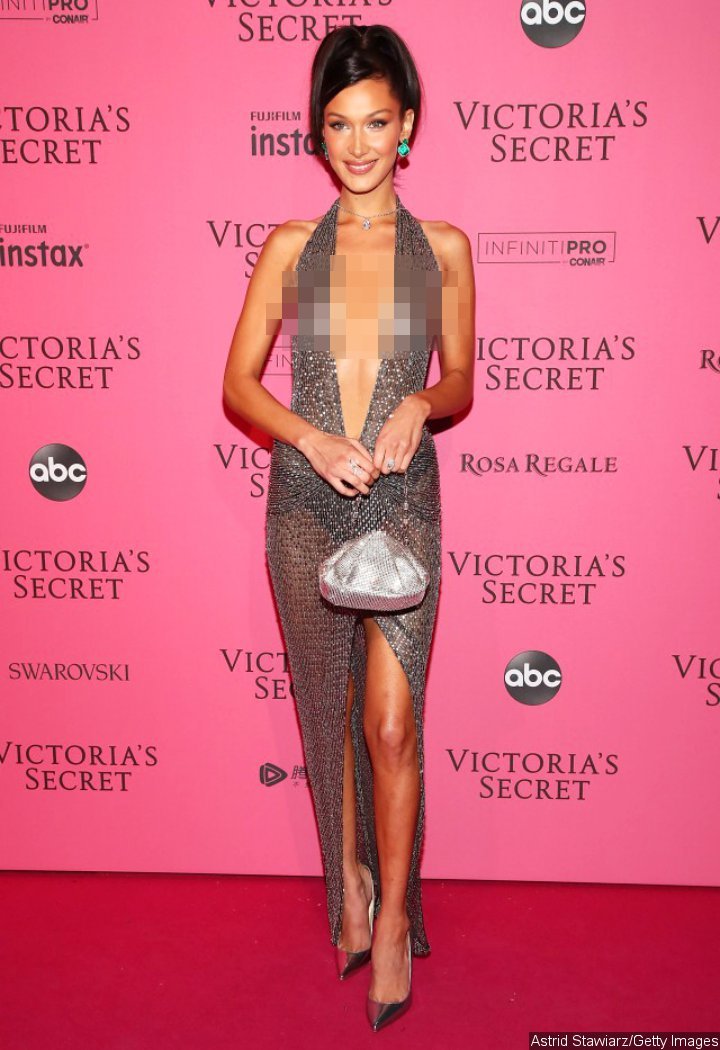 Earlier in the night, when Bella was spotted on her way to the soiree, she rocked another sheer dress which also showcased her amazing body. Holding hands with boyfriend The Weeknd, the sister of Gigi Hadid once again flashed her nipples in a see-through beige tank mini by August Getty. She accessorized the daring dress with a pair of high-top sneakers while styling her hair into a high ponytail. 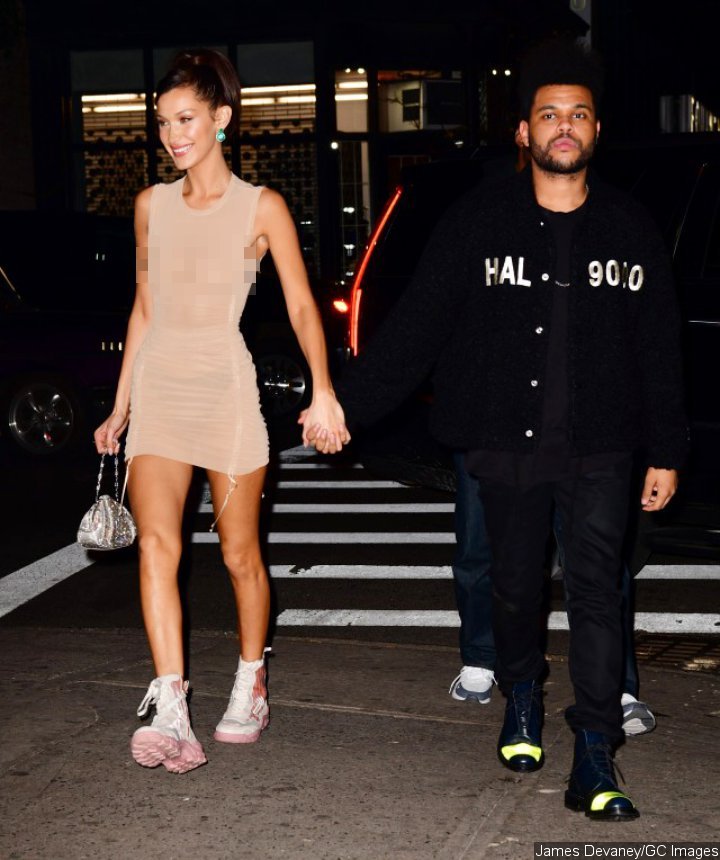 During the show itself, Bella rocked an ethereal lacy ensemble with feathered wings before slipping into a black-and-white lingerie number with a cropped bomber jacket. While she definitely looked stunning while walking down the runway, she admitted backstage that she was nervous ahead of the show.

“It is so funny because yesterday I was so fine. Then I woke up this morning with all of the butterflies,” she shared to PEOPLE. “I thought I was going to be the lucky one that didn’t have the butterflies, but it still comes to you.”

Aside from Bella, other models who strutted their stuff on the catwalk included Kendall Jenner, Barbara Palvin, Winnie Harlow, Candice Swanepoel and Adriana Lima, who bid farewell to the annual televised fashion show after nearly two decades. The show will be broadcast on December 2 on ABC.