A new home? Bachelor in Paradise star Angela Amezcua hinted that she and her boyfriend, Bachelorette alum Clay Harbor, may be moving in together soon. 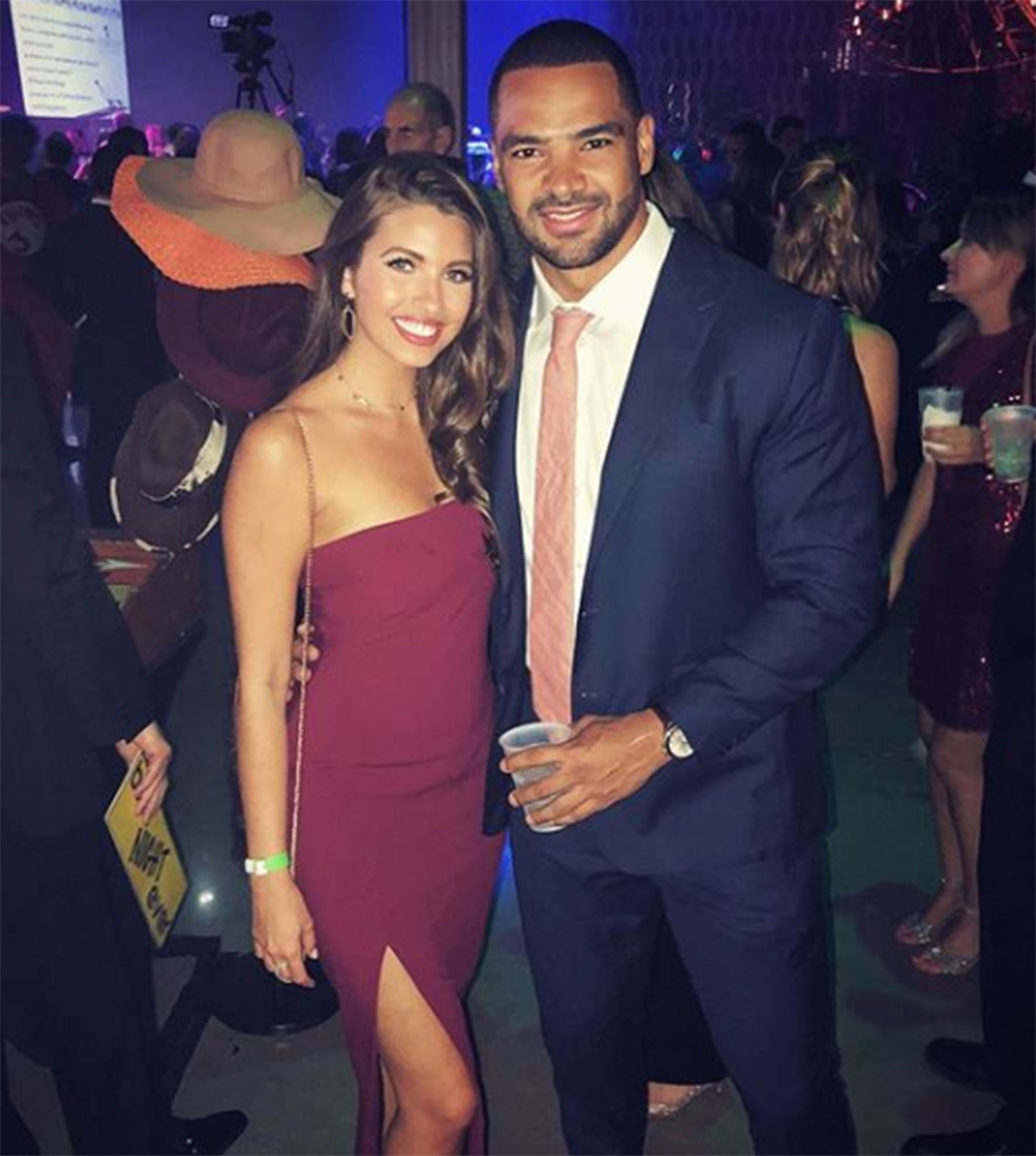 “I’m still in South Carolina, but before Paradise, I was maybe gonna move to Nashville, and that’s still kind of the plan. But I don’t know,” Amezcua, 28, said during the Monday, October 1, episode of The Ben & Ashley I. Almost Famous Podcast. “We’re talking, there’s been some things that we’re talking about. … It’s great because our schedules are super flexible right now, so it’s kind of like anything is a possibility at this point.”

Cohost Ashley Iaconetti noted that although Harbor, who competed for Becca Kufrin’s affections during season 14 of The Bachelorette, lives in Chicago, he has the ability to move anywhere as a free agent of the NFL. “If he gets picked up, then I can kind of go wherever he gets picked up or whatever,” Amezcua added. “So it’s kind of a perfect time. Like, I feel like timing is always very important in a relationship, and I feel like the timing is right for us right now.”

Amezcua also explained how she and Harbor, 31, got together. Her Bachelor in Paradise season 5 costar Chris Randone set them up after she expressed interest in the football player early in filming, though he never arrived in Mexico. “He was like, ‘Listen, if nothing works out for you here, after the show, this is happening. I’m gonna hook it up,’” she recalled, mentioning that she first wanted to focus on finding a relationship on the reality show.

After her romance with Eric Bigger ended and she left Paradise alone, Randone reached out, just as he had promised. “I had a text from Chris, and he was like, ‘Hey, what’s your situation right now? Asking for a friend …’” she said.

Amezcua then gushed about her unexpected happy ending: “It’s been so long since I’ve been this happy. … I feel like, honestly, he’s everything that I’ve been looking for. And it’s just like, ‘Wow, this is happening finally.’ I have been waiting and waiting, and I didn’t want to settle. And I’m glad that I never settled.”

Harbor announced the relationship with a sweet Instagram post of the couple on September 5: “What do the kids call it? Woman crush Wednesday? Well here’s mine #outkickingmycoverage #whatwashethinking #wcw.”

For the latest TV news and interviews, subscribe to our new podcast “Watch With Us” below!