Remember the puppies dumped in a Coachella trash bin??? The same team that helped rescue them is at it again … rescuing this baby burro which is proving to be a real, tough ass.

Riverside County Animal Services tells TMZ … the 3-day-old female donkey was found in the middle of the road Wednesday in the San Jacinto Mountains, about 3 hours southeast of L.A. We’re told the person who found it brought it home after noticing a big cut … on the burro’s butt. 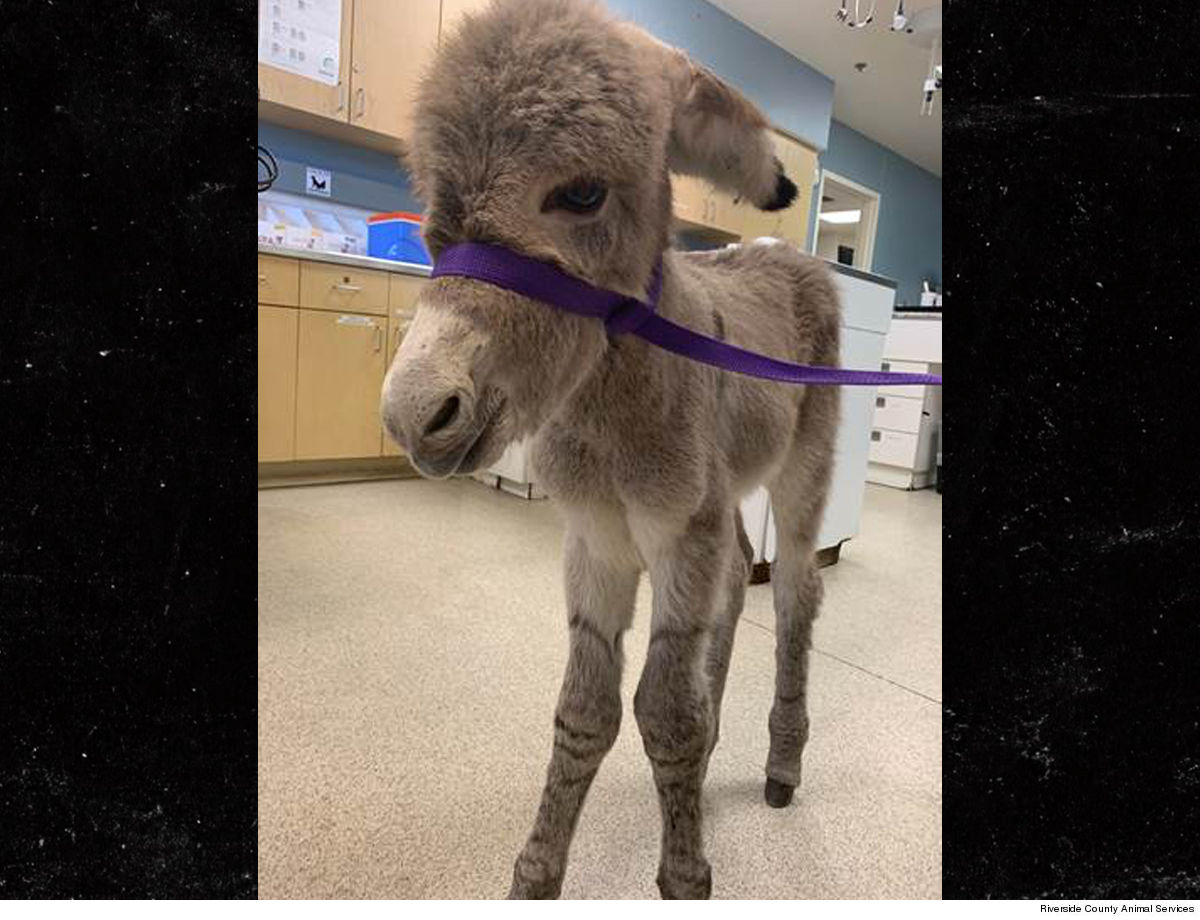 The good Samaritan — who said he coaxed the animal to follow him home — told officials the donkey was alone and its mother nowhere in sight. A veterinary team from Animal Services scooped up the animal and treated the laceration. Officials think it was cut on a barbed wire fence.

The burro’s now in the hands of veterinarian Sharon Gonzales, who volunteered to foster the beast … no burden. Turns out she already has 2 others at home.