Once a winner always a winner! Alan Bersten honored his former Dancing With the Stars partner Hannah Brown this holiday season by hanging an ornament with their faces on it on his Christmas tree.

“Pretty cool ornament @hannahbrown,” he wrote on Instagram Story on a photo of the trinket on Wednesday, December 25. Brown, 25, reposted the photo, adding, “Weird that this is not from mine or @alanbersten mom’s tree…but can I have one?” 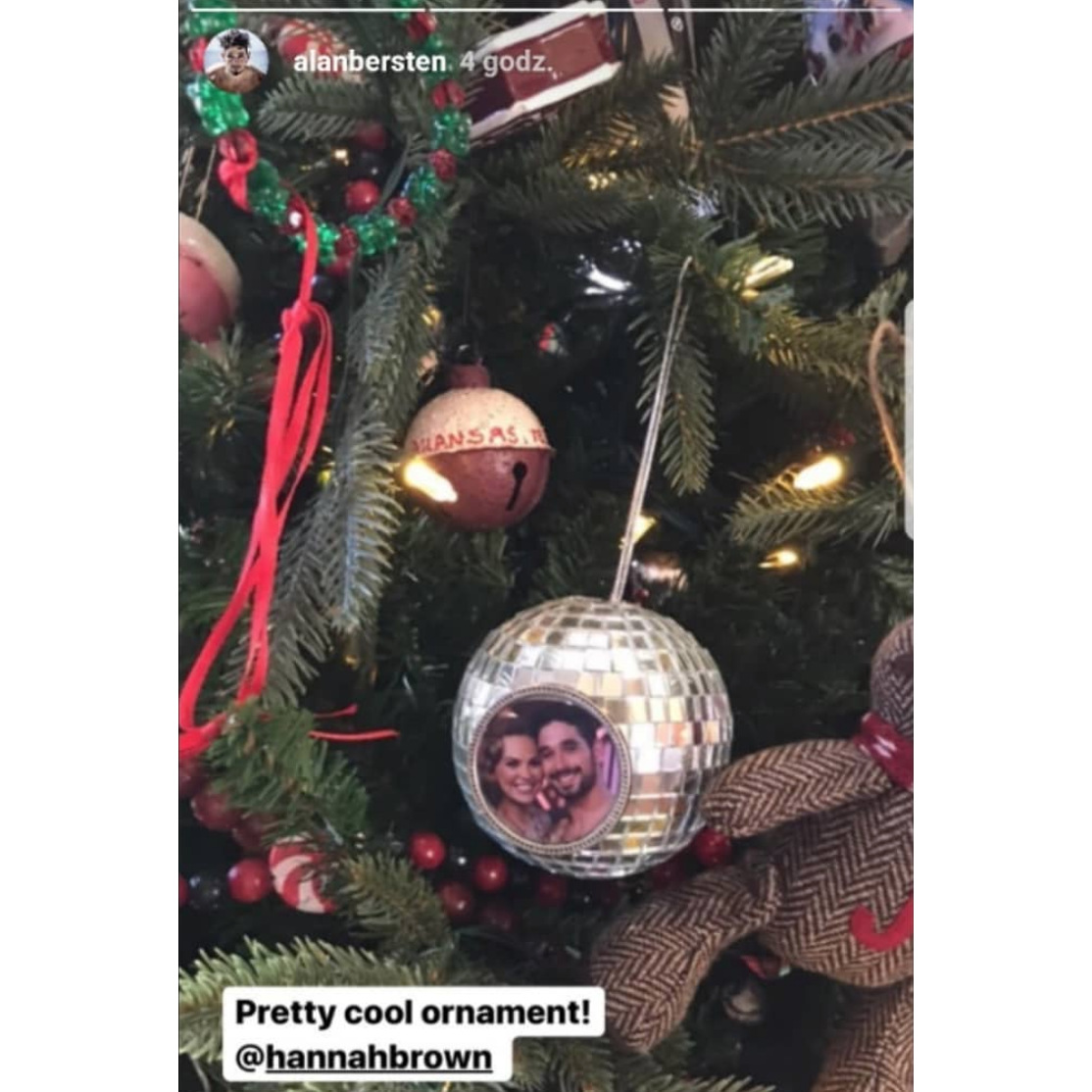 The ornament is a disco ball, much like the mirrorball trophy the duo won at the end of season 28, with a photo of the dancers smiling together in the middle.

The former Bachelorette and the dancing pro, 25, met on the most recent season of the ABC competition series and their chemistry was enough to spark dating rumors throughout the season. That bond also was enough to create so many incredible dance routines — and the trophy they took home at the end.

“Words can’t describe the feelings I felt last night. WE DID IT. You never gave up, you always gave me more than I expected ( and I expected a lot) and you really allowed yourself to be vulnerable on that dance floor,” the So You Think You Can Dance alum said on Instagram after the two won. “You have inspired me Hannah, anything is possible, and I want to thank you for giving me the best season ever! I’m still shocked. What could be better than our scream before we dance? Wwwhhooooooo!!! #teamalanbamahannah forever!!! You are the best partner!”

The duo reunited earlier this month for a pizza date and to begin rehearsals for the Dancing With the Stars: Live tour. Many fans wondered if something romantic was happening between the dance partners during the season but Brown denied that during an exclusive interview with Us in September.

“We have the best time together, and we have a friendship that is great,” the former Bachelor star said at the time. “I think I’m done with roses, so mirrorball [trophy] is what we have our eye on.”

That said, in addition to joining the DWTS: Live tour, Brown will appear in multiple episodes of Peter Weber‘s upcoming season of The Bachelor.