Ashley Graham has never been shy about her weight and body. But there comes a point when she wishes it wasn’t a topic of discussion.

“I hate that I constantly have to discuss my body, because I don’t know any man that has to do that,” the 33-year-old model tells WSJin a new interview published Tuesday.

“But what motivates me to continue to talk about my body is that I didn’t have someone talking about their body when I was young,” she explains. “This is why I don’t post like the ‘perfect’ Instagram photos. I keep it real and raw constantly because I want [people] to know that there are women with cellulite, with back fat, with stretch marks… There are a lot of curvy women, plus-size women, fat women, whatever you want to call them.”

When asked how she would like to be known in the industry, if not a “plus-size model,” she replies, “A woman.” 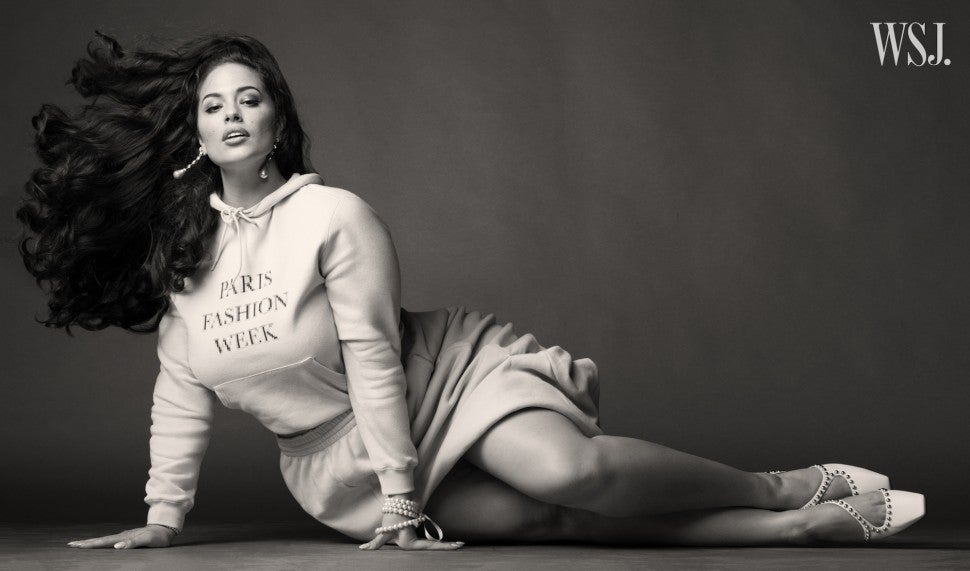 Graham has broken barriers in her industry, becoming the first size 14 model featured on the cover of the Sports Illustrated Swimsuit issue in 2016. A year later, she became the first plus-size model on the cover of Vogue and in 2018 was the first curvy model of her generation to receive a major beauty contract in the United States, as a Revlon ambassador.

“I really feel like in so many ways my career and what I’m doing is to change an industry forever,” she expresses.

And while she’s designing a fashion line that is inclusive to all sizes, she’s also taking a stand and creating change in the industry.

“This has to be the moment where fashion changes — where TV, film, everything changes,” she says. “If you’re not talking about something that you’re passionate about, then what are you using your platform for? How are you creating change?”

As for her ultimate goal, she says, “I want a talk show.”

Meanwhile, the supermodel also got candid about motherhood and not losing the weight she gained after giving birth to her son, Isaac, last January.

“I am a full-fledged 16. I haven’t been a full-fledged 16 since I got married,” Graham, who married husband Justin Ervin in 2010, shares. “I have like, 25 pounds on me that I still have from before I was pregnant.”

However, that’s not stopping her from wanting to expand her family. “I would get pregnant yesterday if I could,” Graham added. “I’ve ‘accidentally’ had unprotected sex while I’m ovulating just to see if I can while I’m breastfeeding.”

But in the meantime, she’s planning to wean Isaac sometime soon. “I’m just like, I am not your pacifier, I am a boss, I am a businesswoman. I have sh*t to do,” she jokes.

For more on Graham, see below.