Prince William and Kate Middleton currently live at Kensington Palace with their three children, Prince George, Princess Charlotte, and Prince Louis. The Cambridges have called Kensington Palace home for several years, sometimes leaving for their country home in Norfolk for holidays or the summer months at Anmer Hall. According to Town and Country, the Duke and Duchess of Cambridge moved to Anmer Hall with their three kids during the quarantine period of the coronavirus pandemic. As the Cambridge children get older, however, rumors that William and Kate will move out of London have circulated more and more.

For starters, many wonder if William and Kate will put their kids in a different school, perhaps moving closer to where said school might be located. Currently, George and Charlotte attend Thomas’s Battersea, but there have been reports that William and Kate are thinking of sending George to boarding school, like this one from the Daily Mail. According to Marie Claire, the process of finding a new school — and potentially a new house — may have already started. Keep reading for more.

Prince William and Kate Middleton could move to Berkshire 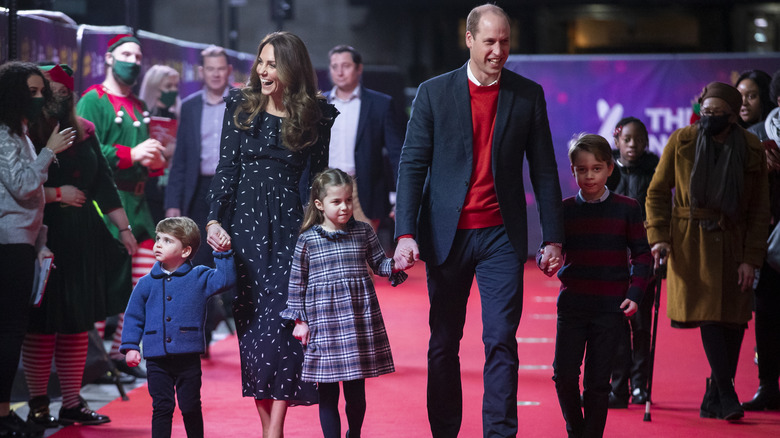 Prince William and Kate Middleton appear to be keeping their options open when it comes to moving out of London. According to the Daily Mail, the Duke and Duchess of Cambridge have been considering a move to Berkshire. “Raising their young family in the bustling capital is not believed to be part of the Cambridges’ long-term plans,” the outlet reports, adding that William and Kate have made “discreet inquiries” to schools in that particular area.

Berkshire would be a good choice for the Duke and Duchess of Cambridge to move as that’s where Kate is from. According to Marie Claire, Kate’s parents, Michael and Carole Middleton, still call Berkshire home. Since Carole is often around helping out and spending time with her grandchildren, this will allow them to be closer — Berkshire is about a 90 minute drive from London. As the Daily Mail points out, William and Kate are still expected to keep Kensington Palace as a residence, but will primarily use the offices there if they ultimately decide to move out of the city.

Meanwhile, other sources have told the Daily Mail that William and Kate don’t have any immediate plans to leave London. Not only are they close to William’s family, but Kate’s sister, Pippa Middleton, lives nearby with her husband and their two children.