Going strong! Amelia Hamlin and Scott Disick weren’t shy about showing off some PDA as they went shopping in Malibu on May 20.

Scott Disick, 37, and Amelia Hamlin, 19, kept close when they went shopping at Fred Segal and other stores in Malibu on May 20. The two looked so in love, as they were photographed holding hands during their stroll to the different shops. At one point, Amelia even wrapped her arms around Scott’s neck, and he pulled her close with an arm around her waist. The embrace was caught by paparazzi cameras that followed the lovebirds during the outing. 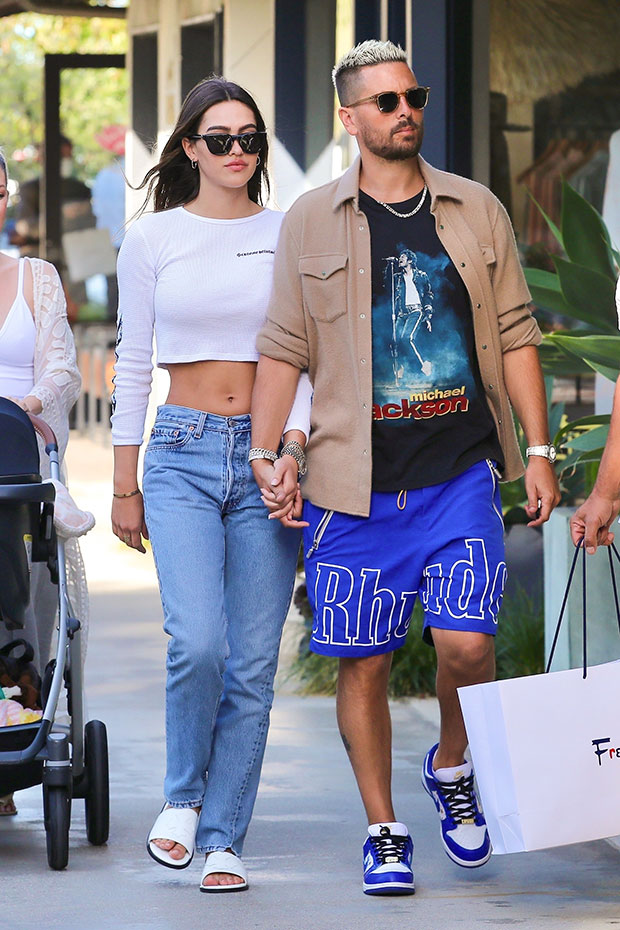 For the shopping excursion, Amelia rocked a long-sleeved, white crop top, which she paired with low-rise, light-wash jeans. She wore white slide sandals and sunglasses, as well, with her hair styled straight and down the middle. Meanwhile, Scott wore royal blue shorts and matching Nike sneakers, paired with a Michael Jackson t-shirt and tan jacket. At the end of the outing, the two were photographed getting into Scott’s silver Ferrari.

This shopping trip came just one day after Amelia’s mom, Lisa Rinna, discussed the pair’s relationship — and 18 years age difference — during an interview on Watch What Happens Live with Andy Cohen. Lisa confirmed that she and her husband, Harry Hamlin, had recently met Scott. She said that he was “very nice” and that they all had a “nice time” together. However, she did subtly acknowledge the concern over the couple’s age difference, as well. “It is what it is, guys!” she said. “It is what it is!” 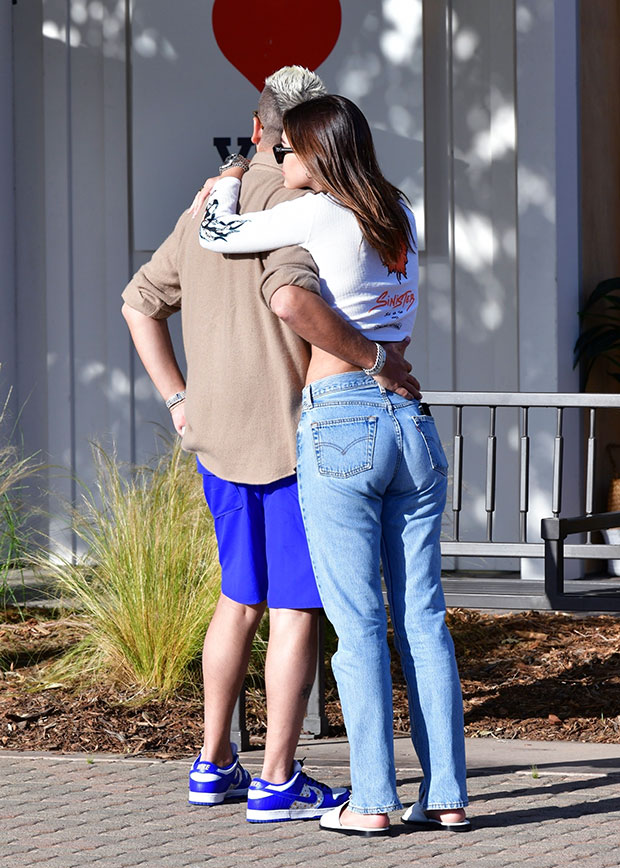 Lisa also made a comment about Amelia and Scott in a recent trailer for the upcoming season of The Real Housewives of Beverly Hills. When her castmate, Kyle Richards, pointed out that, “[Scott]’s too damn old,” for Amelia, Lisa responded, “I know!” RHOBH is currently airing on Wednesdays on Bravo, so fans will have to tune in to see if there’s any other references to Scott.

The 37-year-old was first linked to Amelia on Halloween 2020 when they attended Kendall Jenner’s birthday party together. After being spotted together a few times over the next several weeks, the two seemed to solidify their relationship with a New Year’s Eve trip to Mexico. Now, they’re practically inseparable!