Britain’s Got Talent judge Amanda Holden, 49, laughed off the controversy surrounding her choice of outfit on the show last weekend, but admitted she found one particular comment insulting. The singer said she had discovered people had been saying she has “huge saucepan nipples” online.

The long-serving judge opted for a blue metallic bardot-style gown, which gave viewers a glimpse of her chest.

Many eagle-eyed viewers took to social media to claim they could see her nipples.

Addressing the controversy, she said: “I can see what people think, it had a like an underwire, you know when you have an underwire bikini or bra, the end of it it’s like an upside down U isn’t it.

“The end of it dug in. I was more insulted that people thought I had either huge saucepan nipples or nipples over my cleavage.” 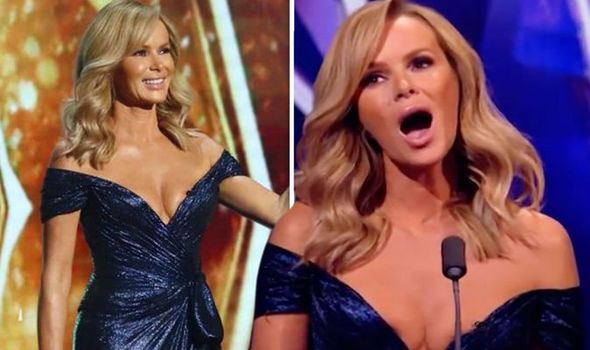 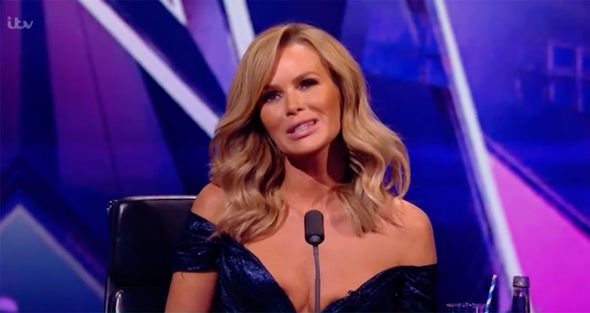 Tonight, she will take to the stage to perform Not When I’m Around from Sweeney Todd, from her new album and is hoping her breasts will not be the talking point of the show again.

She revealed: “I’m wearing a dress that goes down to the end of my arms and up to the top of my neck!”

But, the singer and actress jokingly teased: “Although you very clearly see them as obviously it’s a tight-fitting dress!”

On the attention surrounding her breasts, she added to the Mail online: “I am seriously thinking my girls need separate representation to me, because they are known on their own. 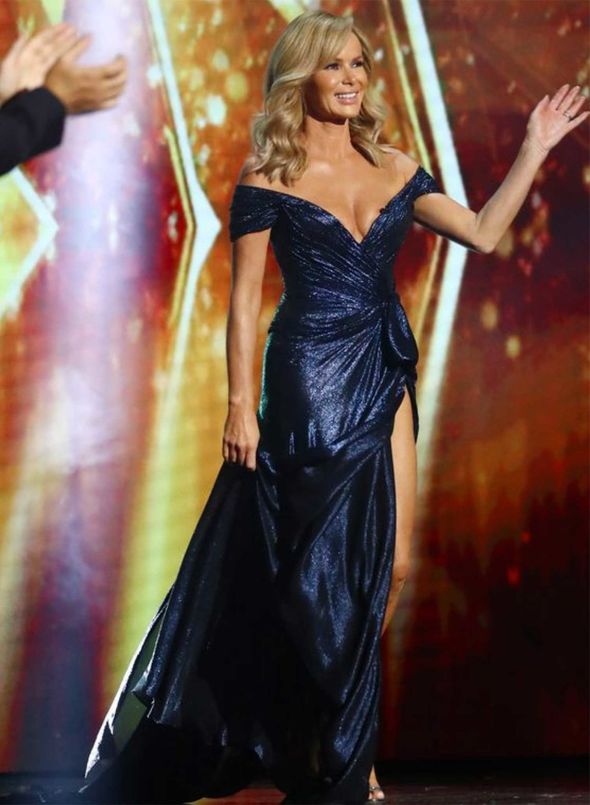 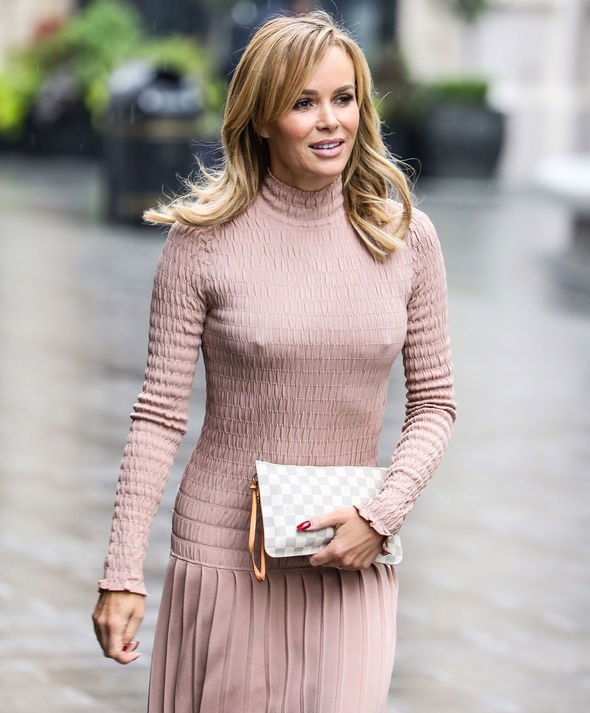 “They don’t need me, they’re going to go off and do Piers Morgan’s Life Stories on their own next year!”

Amanda is no stranger to wearing daring outfits on the show, but has insisted they are all approved by the show’s producers.

“There’s now a whole body of people that knock on my door and come and stare at my chest before we go on air.

“There’s a t*t committee,” she added to The Sun.

“There are so many brilliant people, they come down, knock on the door and there’s the lady who’s the producer who said, ‘Mandy, it looks great’.”

She added: “My husband does describe them as being like football studs, but that’s probably too much information.”

Amanda isn’t the only judge to spark complaints on the show this series.

The former Britain’s Got Talent winners made references to George Floyd’s death, the Black Lives Matter movement and the coronavirus pandemic during their performance.

Despite the many complaints, Ofcom announced they were not investigating further as they praised the group for their inspiring work.

Following this, Alesha Dixon also caused a stir by wearing a BLM necklace.

Britain’s Got Talent continues tonight at 8pm on ITV.