In a statement released on his Instagram post, the ‘Mission: Impossible – Fallout’ star says he’s ‘enormously proud’ of his mother, who founded a breast research cancer fund.

AceShowbiz –Alec Baldwin is grieving over the loss of his loved one. The actor revealed on Thursday, May 26 that his mother and breast cancer survivor Carol M. Baldwin has passed away in her hometown of Syracuse, New York at age 92.

The “Saturday Night Live” alum shared the sad news via his Instagram page. Along with a throwback image of Carol and her more recent one, he posted an obituary of his beloved mom. “It is with the deepest regret that my family posts the following statement,” the family’s statement began to read. “Carol M. Baldwin, mother of actors Alec, Daniel, William and Stephen Baldwin and two daughters, Elizabeth and Jane, died today in Syracuse, New York. She was 92.”

“Born Carol Newcomb Martineau, in Syracuse on December 15, 1929, she was the child of Roy and Marion Martineau and had one brother, Daniel, and five sisters, Patricia, Joan, Diane, Louise and Rebecca,” the obituary described Carol. “She met her future husband, Alexander R. Baldwin Jr., of Brooklyn, NY, while both attended Syracuse University. In 1954, Alec, as the father was also called, moved the family to Long Island where he taught history and coached football and riflery at Massapequa High School until his death, at age 55, in 1983.”

“Carol Baldwin raised her children and, when her last was a teenager, went to work in marketing research for a firm called Quick Test, operating out of a local shopping mall,” it continued to read. In 1991, Carol was diagnosed with breast cancer. After surviving the illness, she founded a breast cancer research fund.

“After she survived, she joined with a group of Long Island-wide breast cancer support groups to launch an effort with SUNY Stony Brook,” according to the obituary. “With the support of the university’s then president, Shirley Strum Kenny, the Carol M Baldwin Breast Cancer Research Fund was opened on the campus at Stony Brook. Another chapter was started some years later in cooperation with SUNY Upstate University. The combined efforts have raised millions of dollars for the cause.”

Alec added in the statement, “My mother taught me about second acts. And third ones, too.” He went on raving, “She spent the last 25 years of her life as a fighter and a champion for the cause to which she devoted so much energy. We are all enormously proud of her accomplishments.”

Carol is also survived by her 25 grandchildren, including Alec’s daughter Ireland Baldwin, and 14 great grandchildren. Information regarding memorial arrangements will be shared on a later date. 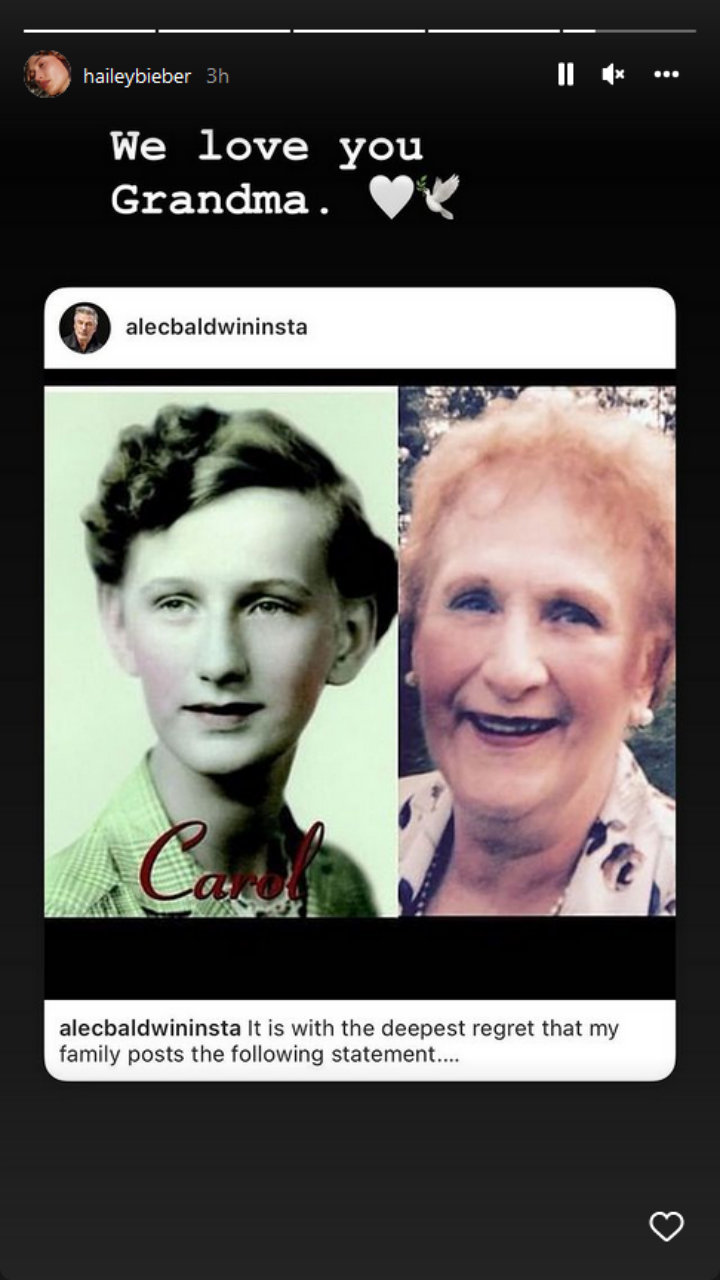 Hailey Baldwin mourned the death of her grandmother Carol. 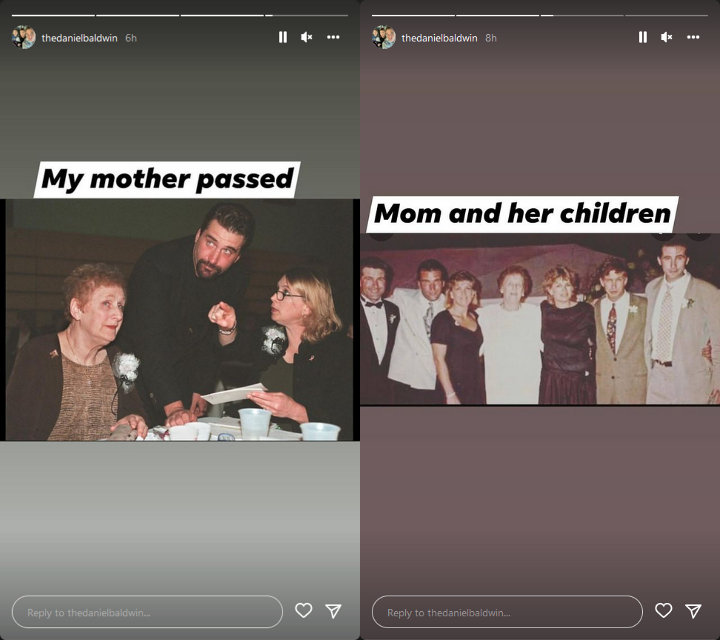 Following the heartbreaking news, Stephen’s daughter Hailey Baldwin re-posted Alec’s post on her Story and wrote over it, “We love you Grandma.” Meanwhile, Carol’s other son Daniel Baldwin paid tribute by sharing several photos of his mother on his own Stories. “My mother passed,” he captioned one of the snaps.