Aaron Rodgers is officially campaigning to be the permanent host of “Jeopardy!”

The NFL star is one of many guest hosts tapped to run the show in the absence of its late longtime regular host, Alex Trebek. Trebek died in November 2020 after battling stage 4 pancreatic cancer for more than a year. Rodgers began guest hosting the show this week and is already infatuated with the position.

During an appearance on SiriusXM’s Mad Dog Radio show “The Pat McAfee Show,” the Green Bay Packers quarterback was asked about his ever-growing hair and beard. Like many, Rodgers has been growing his hair out during the coronavirus quarantine as many barber shops are closed down.

The host asked whether or not he would end his 10-month long hair-growing streak in order to host “Jeopardy!” 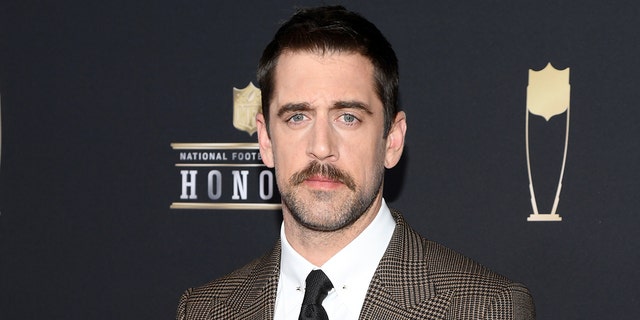 “I thought about it. I also thought about shaving to a mustache to honor Alex, but my hair wasn’t long enough that I could do something with it,” he explained. “It felt like we had a nice comb over going that didn’t look too distracting. So, I just decided to kind of go with my usual stubble.”

Rodgers explained that he at least cleaned up his look a bit for the “Jeopardy!” hosting gig and noted that he’d be willing to do more in order to make the job permanent.

When the host asked if that statement was the start of his campaign to take over for Trebek for good, Rodgers doubled down on his stance.

So far, the popular game show has not announced any plans to install a permanent host, opting instead to keep bringing on celebrity guests. However, fans recently petitioned for “Reading Rainbow” and “Star Trek: The Next Generation” actor Levar Burton to take on the job.

Rodgers, meanwhile, is currently content with his guest host spot. He recently revealed that he found being asked to be the “honor of a lifetime” and referred to his predecessor, Trebek, as a “legend.”